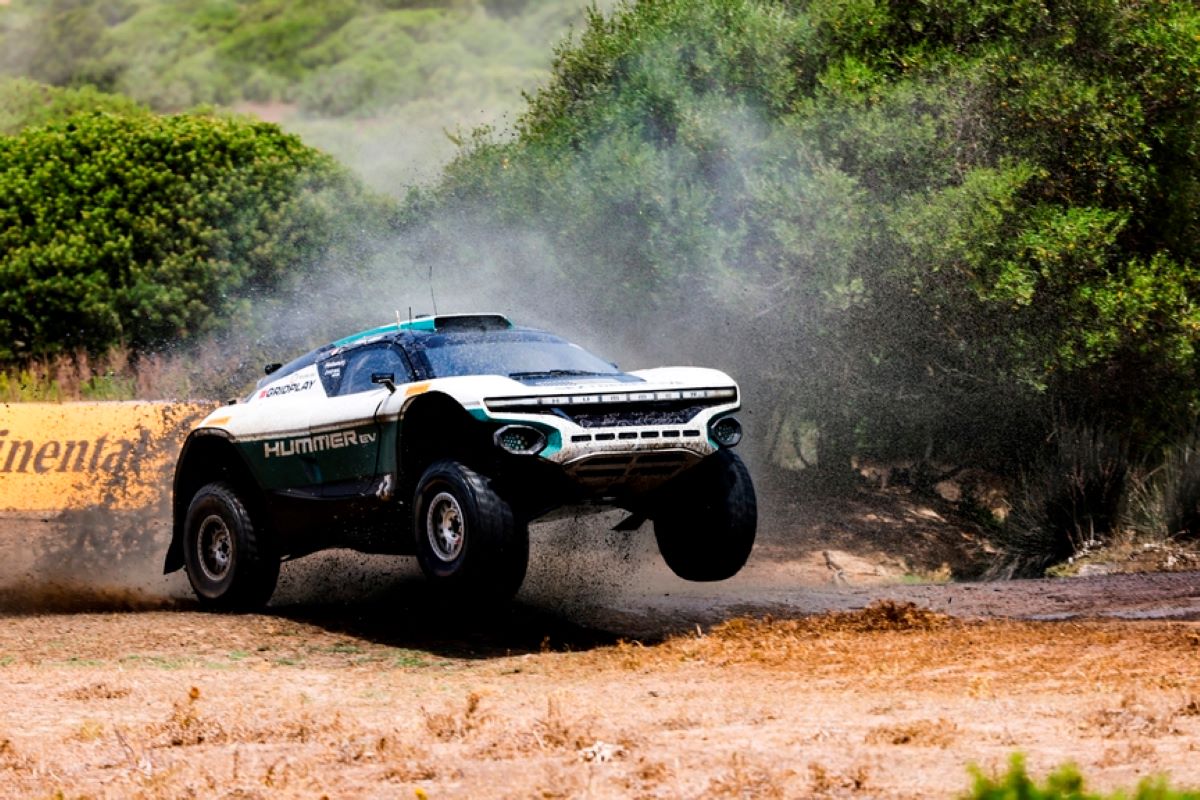 The #99 GMC Hummer EV Chip Ganassi Racing entry has secured its maiden win in Extreme E, after Rosberg X Racing was stripped of victory for its involvement in a heavy crash.

LeDuc was elated with the win, after a mixed lead up to the race.

“If you look at the numbers, we went from first in practice, to last in qualifying and back to first as the race winners,” he said.

“It was a rollercoaster ride, and I don’t know how to put it into words, but we all did our job.

“We’re ready to take this success and apply it to the next race this weekend.”

Championship leaders Rosberg X Racing received a 30-second penalty for Kristoffersson’s collision with the Sainz Xe Team entry of Carlos Sainz Senior, that sent the latter’s car into a barrel roll and out of the race.

While he walked away from the wreck Sainz Snr, the two-time World Rally Champion and father of Formula 1 star Carlos Sainz Jnr, was taken to hospital for precautionary checks before being released in the evening.

“The safety of our drivers is our greatest concern,”Agag said.

“Myself, along with the whole Extreme E family wish Carlos well and we hope to see him back in action this weekend for the next X Prix.”

Despite the penalty, Rosberg X Racing still lead the Championship standings with 50 points having once again secured the extra five points for going quickest in the Continental Traction Challenge.

Chip Ganassi Racing are the nearest challengers on 37 points.