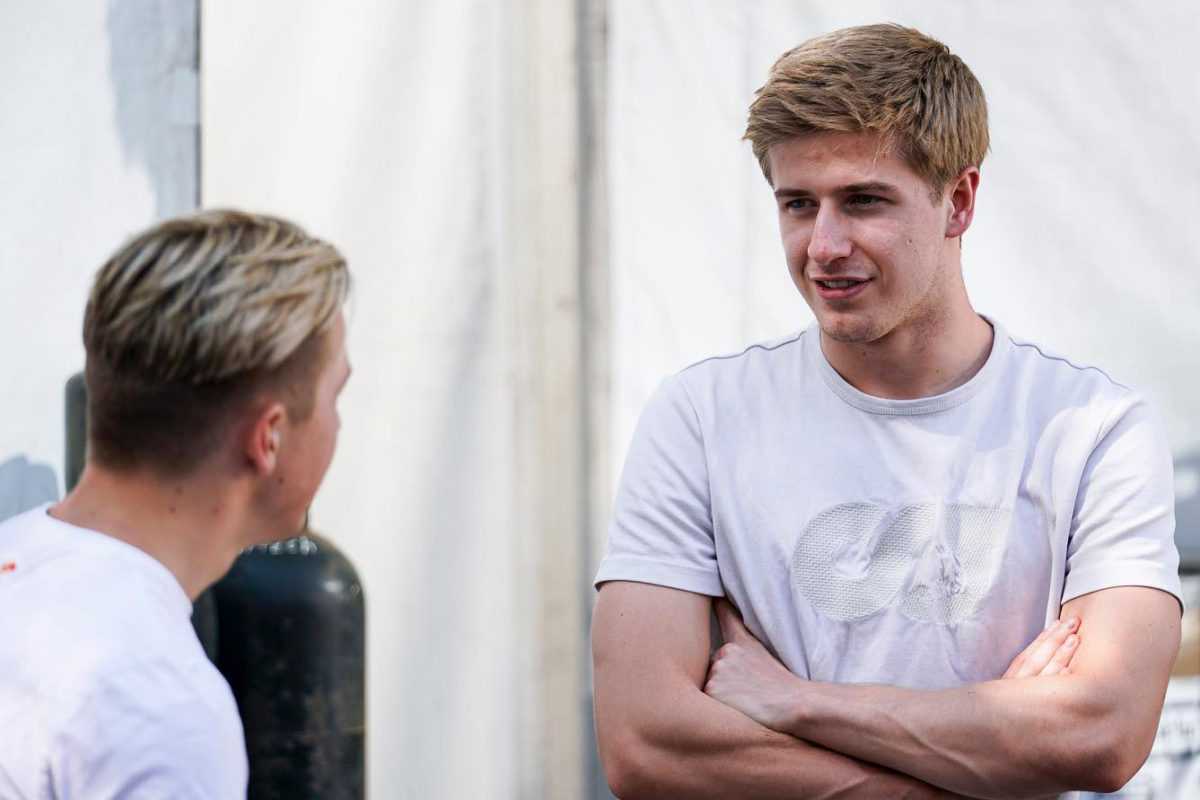 The Estonian was at the centre of controversy in the lead-up to the Formula 1 British Grand Prix after uttering a racial slur while streaming a video game.

Last Wednesday, the championship-winning squad announced that it had terminated its relationship with Vips.

“Following its investigation into an online incident involving Juri Vips, Oracle Red Bull Racing has terminated Juri’s contract as its test and reserve driver,” it confirmed.

“The team do not condone any form of racism.”

A day later, Vips’ team, Hitech, announced that it would retain the two-time Formula 2 race winner, an announcement which was met with surprise by the championship itself.

“Hitech Grand Prix’s decision today is surprising and not one we would have taken,” a statement from the competition declared.

“We will monitor the situation carefully with them to ensure that such behaviour is properly addressed.”

However, it’s since come to light that Vips remains part of that programme despite his axing from Red Bull Racing.

The team sent a note to selected media, including Speedcafe.com, clarifying the situation.

As per the initial media statement, Red Bull Racing had suspended the Vips – the Formula 1 team for which Max Verstappen and Sergio Perez race, not the broader Red Bull company.

It was Red Bull Racing which subsequently opted to terminate his contract, not the Red Bull driver programme.

Indeed, the note received by Speedcafe.com states explicitly “[Vips] is retained by Red Bull as part of the Junior Driver programme.”

However, he will not feature as part of Red Bull Racing, with team principal Christian Horner revealing Liam Lawson will step into that role.

It’s possible then that Vips could be used by Scuderia AlphaTauri at a future date and would not be surprising to see Red Bull branding return to his F2 entry at some point.

Formula 2 is in action again this weekend in support of the Formula 1 Austrian Grand Prix, opening practice for which commences at 21:30 AEST on Friday.