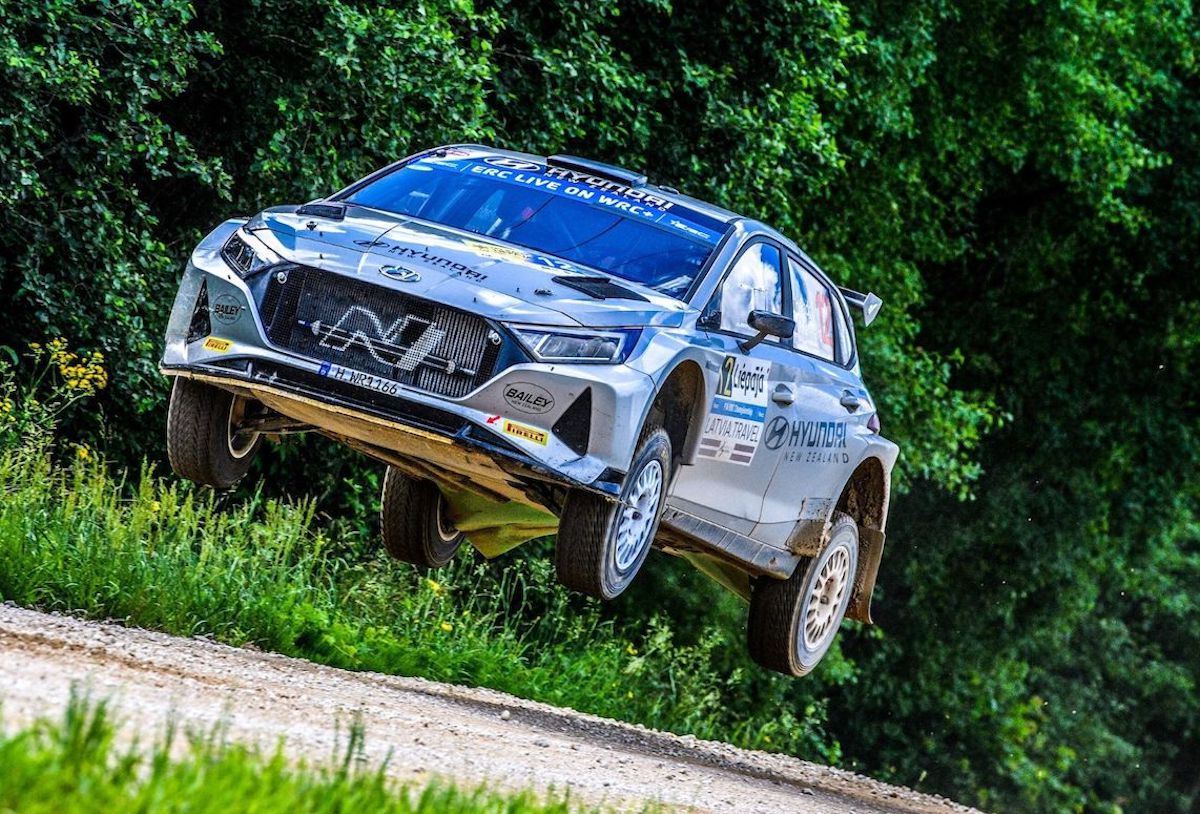 Hayden Paddon is ready for a highly anticipated return to World Rally Championship competition at Rally Estonia next week, after a stellar performance in the latest round of the FIA European Rally Championship.

The only New Zealander to win a WRC event, Paddon finished sixth overall in the Tet Rally Liepāja last weekend, which took place on high-speed gravel roads in western Latvia.

The outing marked his first gravel start in Europe since Wales Rally GB in 2019, his last appearance in the WRC.

Paddon told the official WRC website, the Latvian rally provided an opportunity to learn and develop his Hyundai i20 N Rally2 ahead of Estonia, where he will drive in the second-tier WRC2.

“If anything, we’ve found out there’s a bigger challenge ahead of us than we initially thought.

“I think it was a good weekend, though. We learned lots about the car and made plenty of little changes. We’ve got some good information and the car should be much stronger for Estonia, but for sure, it won’t be an overnight thing.

“A lot of the changes we need to make, we have to do when we’re away from the event and in a workshop. That way, we can fully go through the car and have a look at everything.”

Paddon and his crew are basing themselves out of ALM Motorsport’s headquarters near the Estonian capital of Tallinn.

The team is planning to rebuild the car before the rally, with a strong focus on the Hyundai’s handling components.

“We’re pretty much going to go through and change all the differentials, all the suspension and pretty much all the handling components,” Paddon said.

“It’s not that they’re bad, some things just need tweaking for my driving style.

“We’ve identified where we can improve in all of these areas, and this is just about putting those things in place.”

The seventh round of the 2022 WRC season, Rally Estonia commences next Thursday July 14 and concludes on Sunday July 17.

Paddon will then contest Rally Finland next month, and Rally New Zealand on September 29 to October 2.