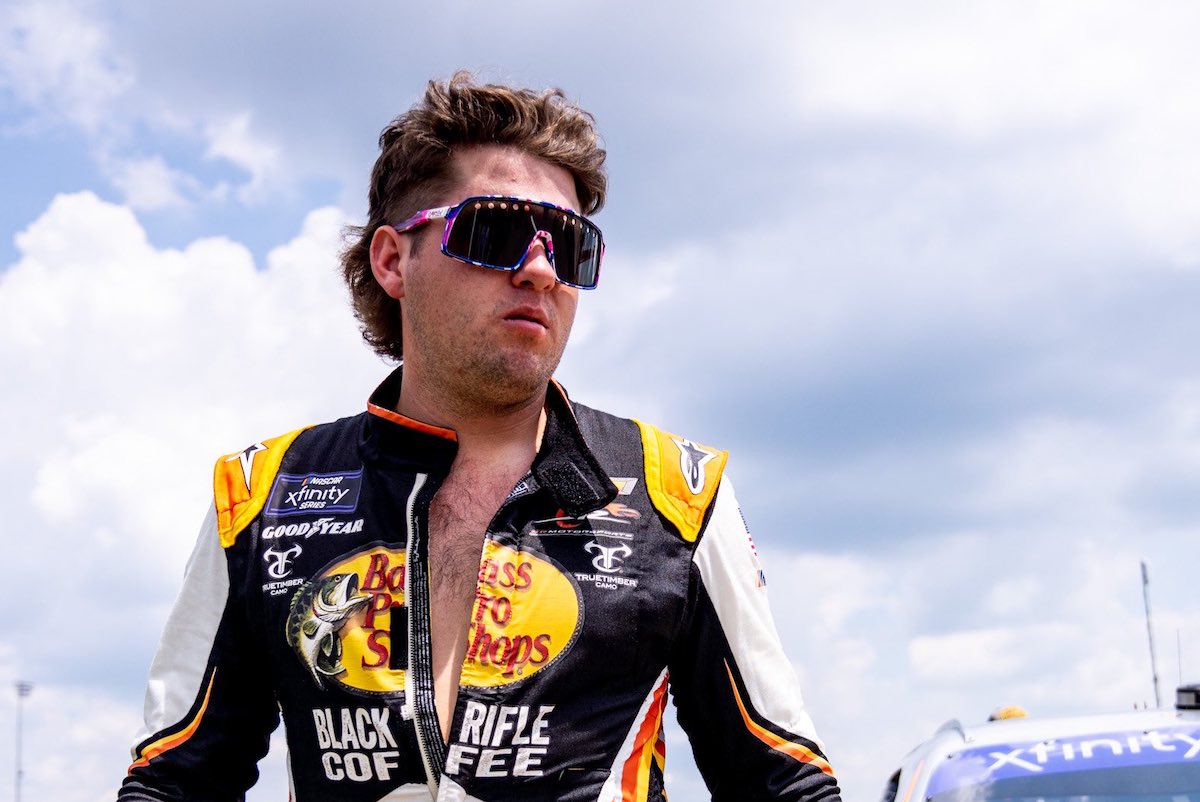 Gragson made deliberate contact with Sage Karam during the second-tier Saturday race, out of retaliation for a number of earlier run-ins.

The incident set off a chain reaction, and resulted in a damaging pile-up.

“I guess he forgot the three times he would throw it off in the corner, door us and run us off the race track,” Gragson said at the time, with reference to nine-time Indianapolis 500 starter Karam.

“Eventually, you get sick and tired of it. I hate people’s stuff got torn up, but I mean three times is a bit ridiculous just today, not including the past.

“I take responsibility. I hate it for his guys. But we’re fighting to race for a championship and really over getting run over.”

JR Motorsports co-owner Dale Earnhardt Jnr had expressed his shock at the incident.

“I was shocked, to be honest with you, when I saw Noah make that decision,” he told SiriusXM NASCAR Radio during the week.

“I was just completely shocked and in a bit of disbelief not only that he made that choice but that he, you know, that it created such an accident and got so many other guys involved.”

The Xfinity Series continues this weekend at Atlanta Motor Speedway, where the top-tier Cup Series will also be running.