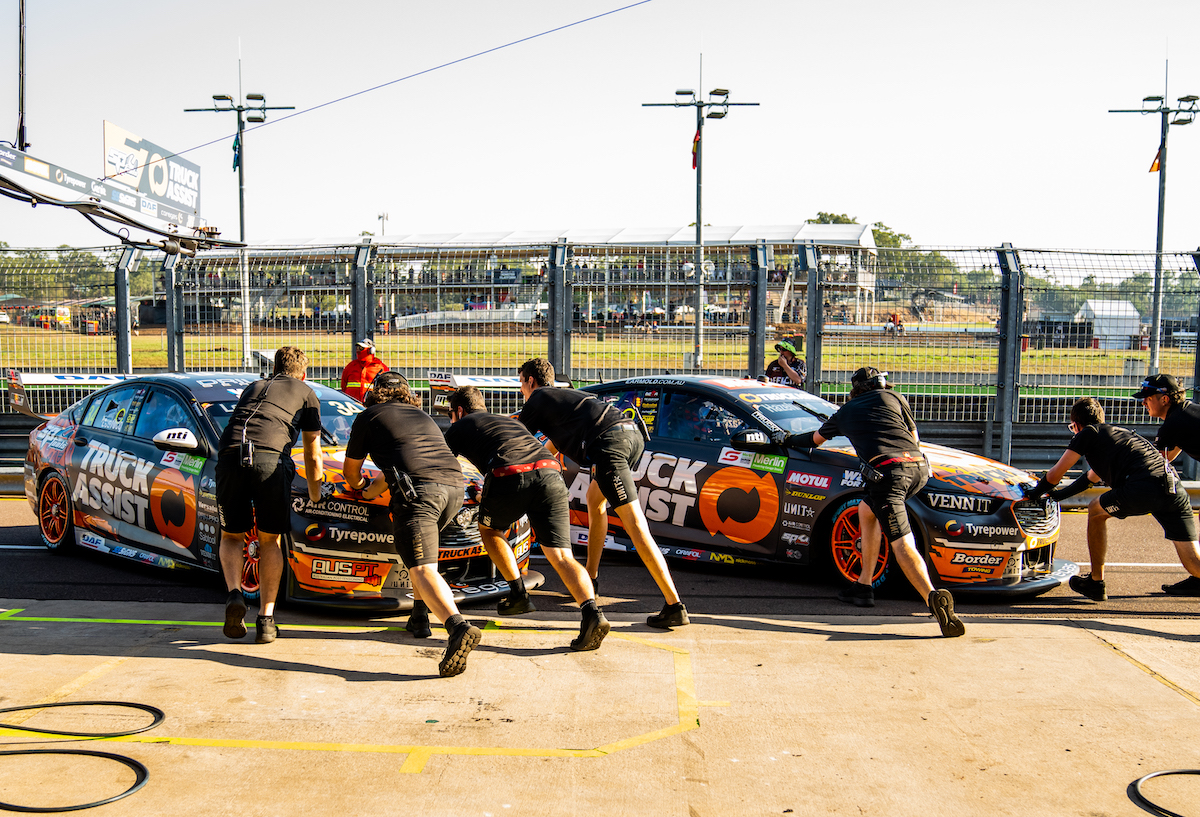 Jack Le Brocq hopes this weekend will see both sides of the Matt Stone Racing garage enjoy simultaneous success for the first time in 2022.

The Yatala squad has undoubtedly taken a step forward this season to be genuinely in the hunt for seventh in Supercars teams’ championship – which would easily mark the best result in its young history.

However, its primary flaw has been an inability to have both Truck Assist Commodores picking up large points hauls at the same time.

Todd Hazelwood was a regular in the championship’s top 10 through the opening block of events this year. At the same time Le Brocq was fast but incident-prone, and even dropped to 25th and last in the points.

All up, the team is yet to record a double top 10 race result this year. The drivers have evened up in the points – Hazelwood is now 14th and Le Brocq 18th – but know that much more is within reach.

“Unfortunately we had a rough run and now unfortunately Todd has had a shocker and especially in Darwin,” Le Brocq told Speedcafe.com.

“Together we have just got to stop walking under these ladders and try to find a little bit of luck. But we’re working really well together, it’s awesome working with Todd.

“We’re trying to move the team forward as much as we can.”

Townsville presents a big opportunity for MSR, as a stronghold of supplier Triple Eight Race Engineering.

During Hazelwood’s previous stint at the team, he qualified a superb fourth at the 2019 Townsville event.

Since then, Hazelwood has been on pole at the Reid Park Street Circuit for Brad Jones Racing, while Zane Goddard last year put MSR into the Top 10 Shootout.

“We both go quite well at Townsville so hopefully it can be a place that we can both dig in and have some solid results and hopefully get some good points for the teams’ championship,” said Le Brocq.