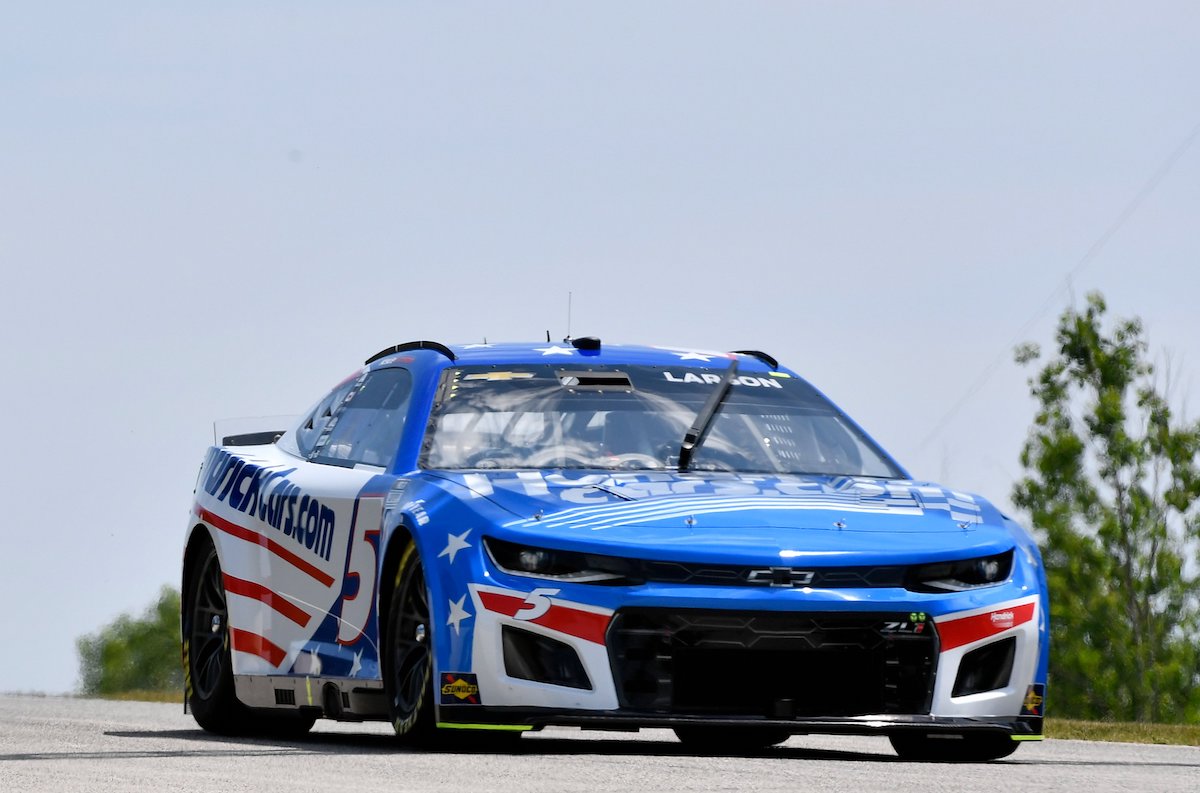 The Garage 56 project, which will see a NASCAR race at the 24 Hours of Le Mans next year, is still ‘a long way away’ from locking in drivers.

NASCAR and Hendrick Motorsports will collaborate to field a Next Gen stock car at the 2023 edition of the French endurance classic.

Programme manager, Chad Knaus, attended this year’s race to gather observations and help shape the approach of the Garage 56 project.

While programme representatives were able to walk away with plenty of notes, Knaus remains tight-lipped on potential drivers.

“We are a long ways away from [naming drivers],” he said.

“This was much more of a scouting trip to talk to vendors, get an idea of the environment from a racer’s standpoint and how to conduct the events throughout the course of the two weeks that you are over there,” Knaus said.

“It was a lot to consume, for sure, but we learned an awful lot. I would definitely hate to go over to that place and try to compete without having some type of experience like we just did.

“I think it’s going to be very valuable to understand how they do scrutineering, how the race cadence goes and what happens throughout unloading, garage set-up and environment teardown post-race.

“All of that was definitely valuable.”

Next year’s NASCAR Cup Series calendar is yet to be announced.

Any potential clashes with Le Mans could limit the availability of any of Hendrick Motorsports’ NASCAR drivers competing.

Alex Bowman, William Byron, Chase Elliott, and Kyle Larson all compete under the Hendrick banner in the top-flight Cup Series.