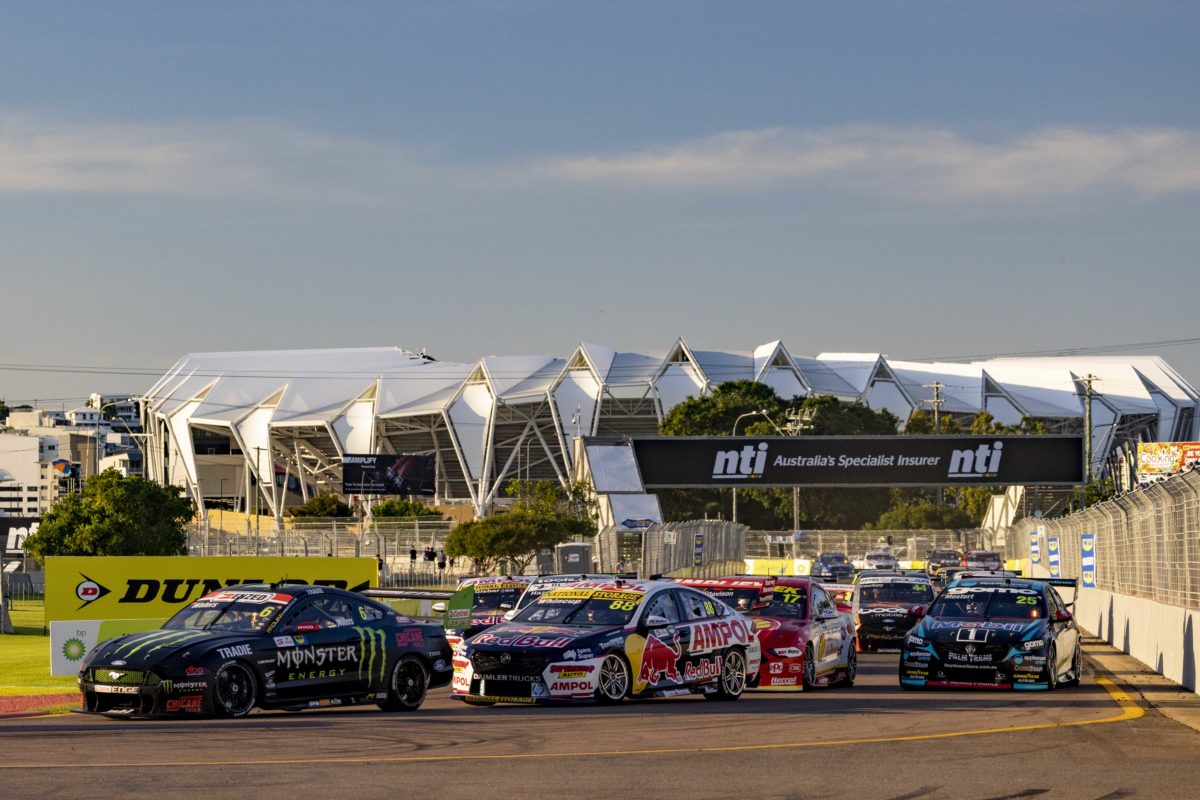 The Supercars Championship field at Townsville in 2021

A travel drama arising from a flight cancellation which would have caused multiple Supercars team members to miss Practice 1 at the NTI Townsville 500 has been averted.

Speedcafe.com has learnt that a flight which was due to depart Melbourne earlier today, understood to be carrying drivers and/or other personnel from at least four teams, was cancelled.

According to sources, those personnel were briefly facing a wait until Friday morning to fly to Brisbane, and then onwards to Townsville for a mid-afternoon arrival, less than an hour even before Repco Supercars Championship Practice 2 is due to kick off.

A Supercars spokesperson has now confirmed to Speedcafe.com that a flight has been arranged, that all Melbourne-based personnel are aware of the flight, and are expected to be in Townsville tomorrow afternoon.

The plane will depart Melbourne at 07:15 local time/AEST, making for a mid-morning arrival in Townsville, based on the standard flight time of around three hours.

Although today’s flight cancellation is a hiccup for those squads, one source told Speedcafe.com that the situation was “definitely manageable” given that arrival on the morning of set-up day (Thursday, in this case) is hardly unusual.

Speedcafe.com understands that a handful of Motorsport Australia personnel were also affected, but have now begun to make their way to Townsville or will do tomorrow morning, and that there is no concern about staging the event.

Supercars is hardly alone in being hit by logistical problems in recent months, although of a different nature to the big two world championships.

MotoGP was forced to cancel track activity on the Friday of April’s Argentina Grand Prix entirely due to a freight plane breakdown between Indonesia and South America.

At the recent Germany event, it announced a pre-emptive change to the schedule for September’s Japanese Grand Prix, given it falls just a week (Sunday to Sunday) after the round which precedes it on the calendar, namely the Aragon GP back in Europe.

Somewhat consistent with the explanation about the Russian invasion of Ukraine which was given regarding the Argentina drama, MotoGP announced about the Japan change that it was due in part to “potential delays caused by the ongoing conflict in Ukraine and its effect on airspace.”

In Formula 1, freight delays forced a hasty shifting of cargo from a ship to a plane before April’s Australian Grand Prix, and logistical problems are expected to continue throughout the year.

The underlying reason for the Supercars issue is not known, except to surmise that it is highly likely to be of a different nature given the championship’s domestic status.

It should be noted that COVID-19 continues to wreak havoc on transport industries in Australia throughout the year to date, due to staff shortages.

Extreme weather conditions could also be playing a part in the current logistical challenges, with an East Coast Low battering New South Wales in particular with torrential rain, raising the possibility of disruption to flight schedules nationwide.