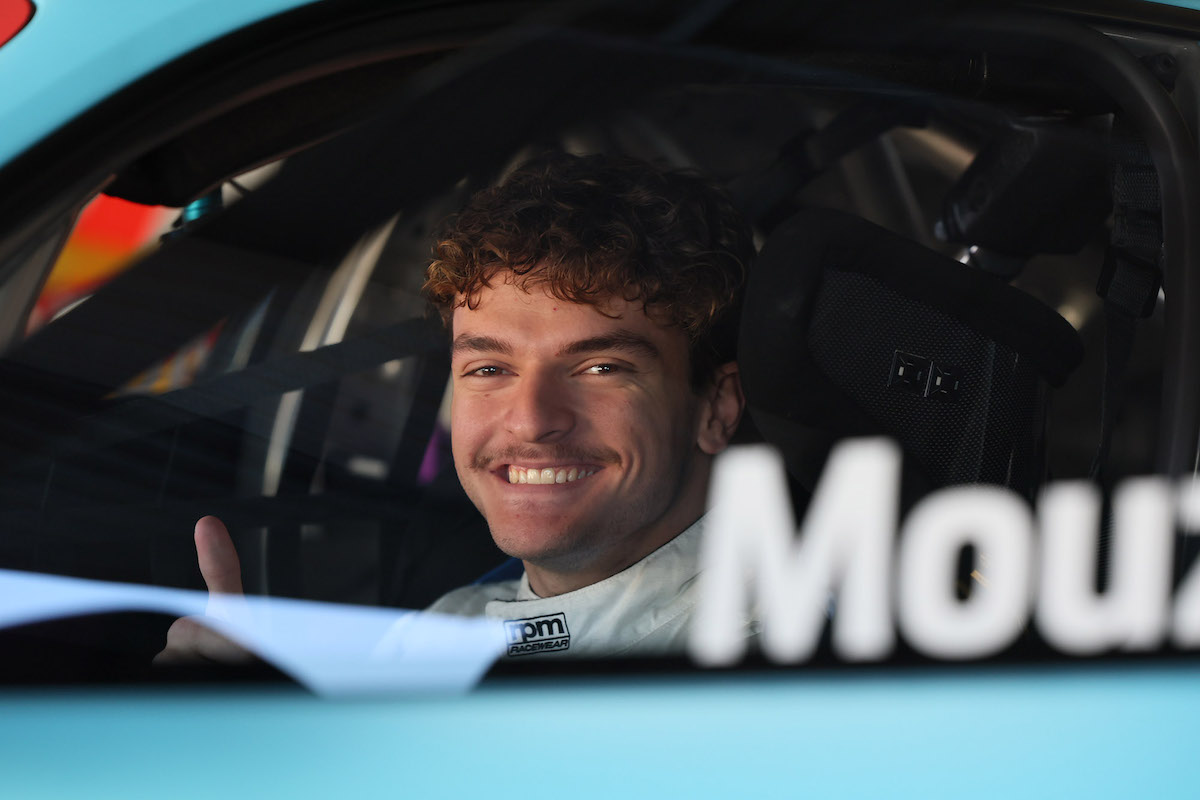 Angelo Mouzouris is unperturbed by the rare juggling act he’ll tackle this weekend in north Queensland.

The former Triple Eight Race Engineering protege will be on double duties at the NTI Townsville 500, where his Dunlop Super2 Series and Porsche Paynter Dixon Carrera Cup Australia campaigns will converge.

While plenty of his Carrera Cup rivals do have Super2 experience, including David Wall, Dylan O’Keeffe, Dale Wood, David Russell and Luke Youlden, it’s not common for those two programmes to be run side-by-side.

Mouzouris is comfortable with that prospect, regardless.

“I think it will be pretty okay,” he told Speedcafe.com.

“It’s going to be tough because we have got back-to-back sessions but I have been here before so it will be a lot easier than going to a track that I hadn’t been to, so it should be a bit of fun.

“They’re completely different cars, so there will be a lot of adjustment between braking markers and stuff, but it should be alright.”

It’s been a trying rookie Carrera Cup season for the 20-year-old, who started superbly with fourth place at Albert Park but has since slipped to 17th in the points.

Starting further up the field is the key to better results, he believes.

“Just qualifying, it’s hard going to tracks we haven’t been before,” said Mouzouris.

“So once we nail qualifying we will be up where we should be.

“It’s good battling against guys that have been there for five to 10 years, with obviously a lot of experience under their belt. It’s good learning off them, especially in racing.

“It’s definitely a learning experience, which is what we are using it for, and just laps. It’s good to almost be in a car every week.”

Mouzouris drives for Sonic Motor Racing Services in Carrera Cup, and for MW Motorsport in Super2.