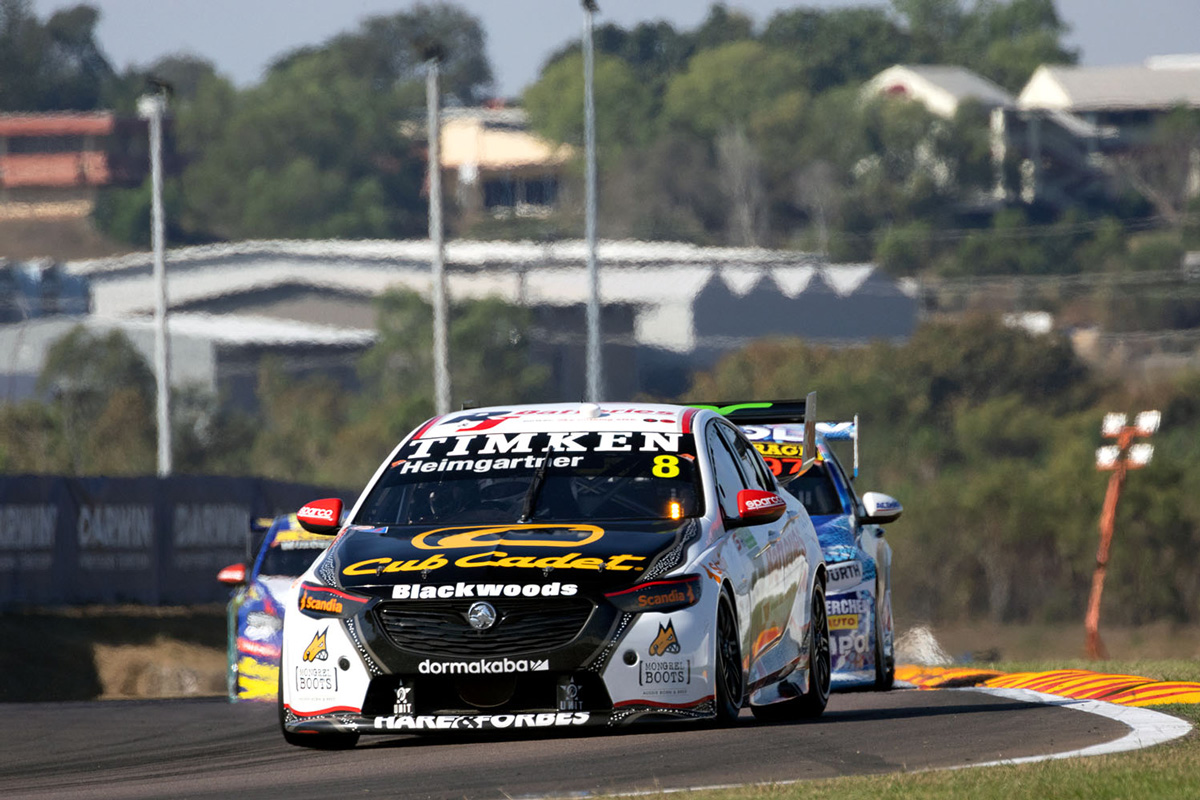 Before a racing lap was even turned in 2022, Andre Heimgartner made a bold prediction to his R&J Batteries Racing crew: “We are going to win a race this year”.

The Kiwi laughs that declaration drew some strange looks, but he’s sticking to his guns.

After a dreadful couple of rounds at Symmons Plains and Albert Park, Heimgartner has turned the corner. He enters the NTI Townsville 500 this weekend on a nine-race streak of top 10 finishes, including two podiums, and is all of a sudden ninth in the overall points.

But his target for this season – his first full campaign with Brad Jones Racing – does not necessarily involve an end-of-year championship ranking.

Rather, he wants to get his hands on a first-place trophy.

“Throughout this year it has started to head in that direction more and more and we’ve been getting more consistent,” Heimgartner told Speedcafe.com.

“My goal, as is everyone’s, we want to win a race, you want to be on pole.

“We have been close a couple of times. So I think that’s the goal as far as that goes.

“I don’t know where it will be or when it will come, but for sure winning a race is our ultimate goal.

“And as far as the championship goes, we’ll just see how far we can get up and see what we can do.

“I’ve been in the top 10 in the championship before, I’ve run seventh at one point, and then ended up 14th or 15th in the end so you can never get too comfortable or too ambitious, you have just got to take each weekend as it comes.”

Townsville could present Heimgartner with a good shot at competing for victory, given BJR’s Commodores have tended to perform well at the Reid Park Street Circuit.

In 2020, the team’s drivers at the time, Nick Percat and Todd Hazelwood, each took a pole position in north Queensland and regularly finished races inside the top seven.

Hazelwood in particular enjoyed a strong run there last year too in the #14 entry.

“I’d say our qualifying pace is there or thereabouts where we want it to be, but I’d probably say at this point the race pace is where we’re really working at,” said Heimgartner.

“The cars were extremely fast at Townsville, but the race pace last year wasn’t as good.

“So to convert some of those races into podiums and wins, we really need to improve that area because we should have picked up at least a podium.”

Heimgartner has once tasted victory in the Repco Supercars Championship, last year at The Bend Motorsport Park aboard a Kelly Grove Racing Mustang.

Main game track action at Townsville starts with Practice 1 from 10:10 AEST on Friday.