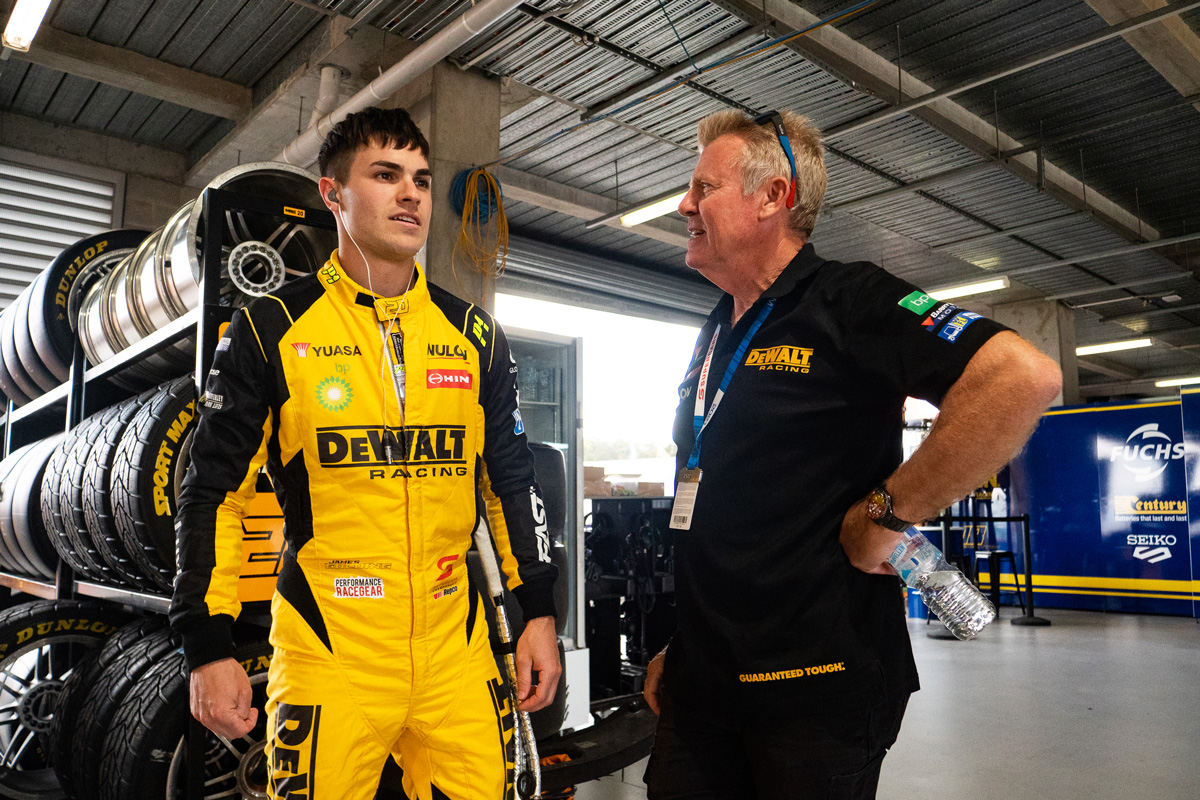 James Golding and Charlie Schwerkolt at the 2021 Bathurst 1000

Team 18 is prepared to play the waiting game to find the ideal solution to its unexpected co-driver quandary.

The Charlie Schwerkolt-led squad this afternoon confirmed Golding will not form part of its Bathurst 1000 roster as had been planned.

Although a contract had not formally been signed, the 26-year-old had made various team appearances this year.

Golding has in recent days become the clear favourite to take over mid-season at PremiAir Racing following Garry Jacobson’s axing, although no deal there has been announced as yet.

“Look, selfishly it’s disappointing for Team 18 because it was a good package with Scotty Pye and James, but certainly James deserves to be in the sport and I really wish him well,” Schwerkolt told Speedcafe.com.

Now possessing the most coveted co-drive yet to be filled, Schwerkolt is in a position where he needn’t rush a decision.

The only other full-time cars without completed Bathurst rosters are the #35 of Matt Stone Racing, the #4 of Brad Jones Racing, and both PremiAir Racing entries.

“At this stage we’re hunting around for the best possible co-driver we can find,” said Schwerkolt.

“There’s still some good names out there. I think it’s a great seat; both our cars, Frosty [Mark Winterbottom] and Scotty, can win Bathurst so we’ll be looking far and wide for the best driver we possibly can get.

“There’s a few names that have surfaced already that have sparked some interest.

“We’re not in a rush, we’ll just make the best decision to make sure we have got the best combination to win Bathurst.”

Schwerkolt confirmed Michael Caruso will remain with Winterbottom and not be switched to Pye, despite the latter being the team’s sole contracted driver for 2023.

Golding made two Great Race starts with Team 18; placing eighth in 2020 with Winterbottom, while his and Pye’s efforts last year were dented by early power steering troubles.