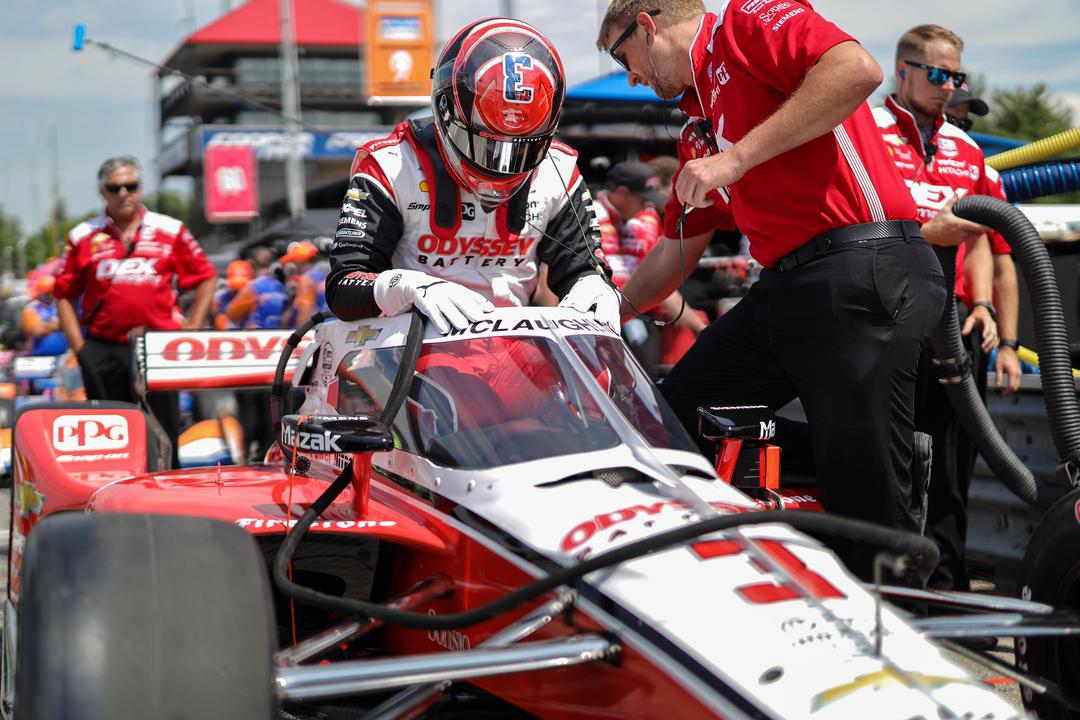 Scott McLaughlin says the feel he has for his car is “night and day” compared to his rookie IndyCar season, last year.

The three-time Supercars champion took the second race win of his IndyCar career when he prevailed in Race 9 of the 2022 campaign, at Mid-Ohio.

The result makes McLaughlin only the second repeat winner so far this year, although he would have been the first if the man who did indeed become the first, Team Penske team-mate Josef Newgarden, did not pass him at the final corner of Race 2 at Texas Motor Speedway.

Either way, the 29-year-old arguably can now be considered a genuine threat for victory wherever he goes, whereas the only podium of his rookie campaign was a somewhat fortunate second place in the first half of the 2021 Texas double-header.

The success has, naturally, bred confidence, with McLaughlin now more “assertive” about his set-up choices.

Asked after his latest triumph about the comfort levels with his car compared to a year ago, he said, “Oh, it’s night and day.

“I’m a lot more assertive with where I’m going to go. I’m not second-guessing what I’m doing; I’m just, ‘This is what it’s going to be, and so be it.’

“I’m super-proud with where we’re going and my development.

“I think we can continue to push, and I think it’s been building.”

McLaughlin admitted after his breakthrough victory at St Petersburg that going from the dominant force in Supercars to a struggling rookie in IndyCar “mucks with your head”.

About turning his form around, he remarked, “I think it’s just all about just belief, believing in what you can do, going back to the basics and just trusting your feel, trusting what got me here.

“[That] was what I should just go back to and just trust [it].

McLaughlin is back up to seventh in the series, and has not ruled himself out as a title winner this year.

The next event takes place on the streets of Toronto on July 15-17 (local time), with live and ad-free coverage on Stan Sport.