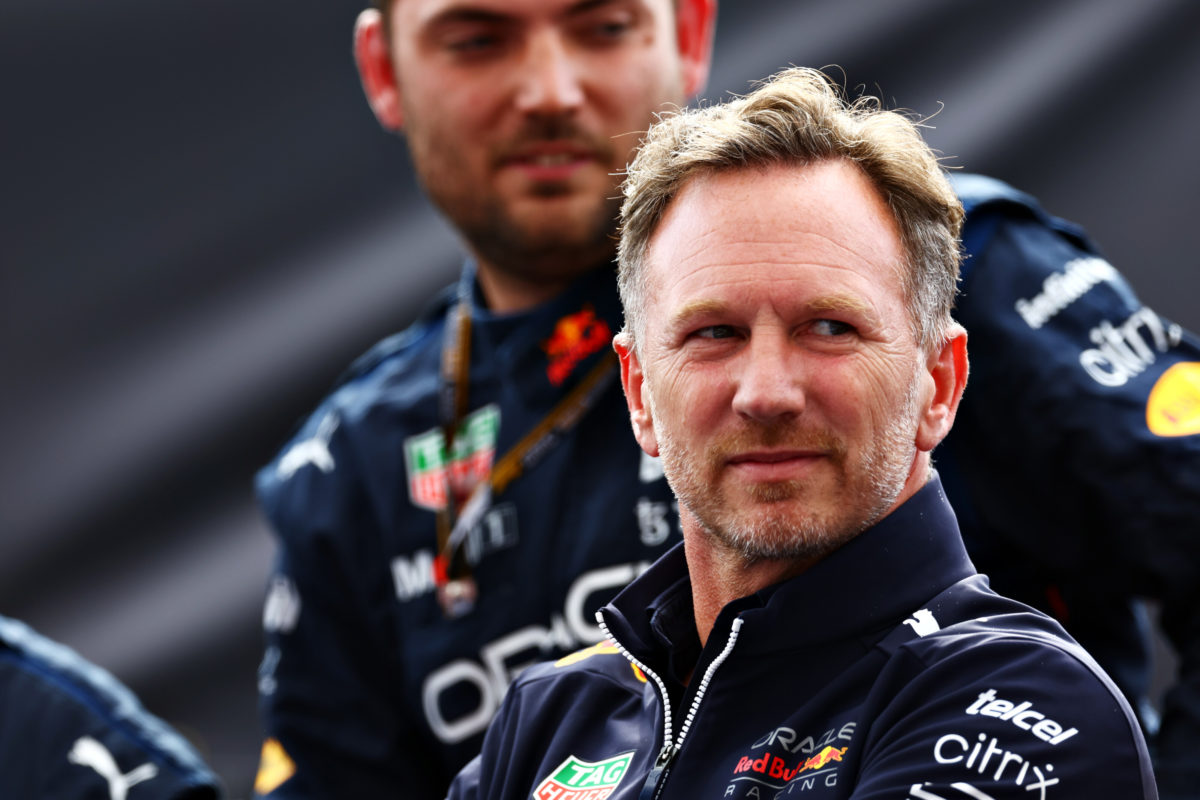 Accusations of intellectual property theft between Red Bull and Aston Martin are now in the hands of the FIA, according to Christian Horner.

The Red Bull team boss offered an update on the internal investigation carried out by his team following the Spanish Grand Prix in May.

In Barcelona, Aston Martin debuted a radically revised car, which shared a passing resemblance in a number of areas to the Red Bull RB18.

Concerns were raised regarding the similarity of the new sidepod shape and floor design on what was, at the time, dubbed the ‘Green Red Bull’.

It was also noted that a number of key staff from Milton Keynes had joined Aston Martin during the off-season, with the clear insinuation being that they’d taken intellectual property with them.

Those accusations were vehemently denied by Aston Martin at the time, with chief technical officer Andrew Green revealing the design unveiled in Barcelona was the product of a fork of work started in late 2021.

That was supported by the FIA, which gave the Silverstone-based squad its stamp of approval after visiting its factory and reviewing the design process and methodology employed to reach the solution.

In the face of a lack of evidence, Horner asserted that an internal investigation would be launched to ascertain whether there had been any intellectual property theft.

“It’s an ongoing process. It really sits with the FIA at the moment,” Horner said when asked for an update on the situation by Speedcafe.com.

“So nothing really further to add from our side.

“I’m sure again, within the two-hour window that we have in Austria for the Formula 1 Commission meeting next week it’ll be added to the list of discussion topics.”

However, those comments are at odds with the FIA, which stated that there were no known investigations regarding Red Bull and intellectual property ongoing when contacted by Speedcafe.com.

Intellectual property is a fundamental commodity for Formula 1 teams, and therefore closely guarded.

Furthermore, techniques to reverse engineer a rival’s design have also been outlawed in the wake of the ‘Pink Mercedes’ in 2020 – when Racing Point (now Aston Martin) raced a car which carried more than a passing resemblance to the 2019 championship-winning Mercedes.

Racing Point was hit with a championship points penalty that season for a breach of intellectual property regulations, specifically surrounding its rear brake ducts.

Further back, McLaren was disqualified from the constructors’ championship in 2007 after one of its staff, Mike Coughlan, was found in possession of confidential Ferrari designs. The team was also fined $100 million.

In this instance, there remains no evidence to suggest that anything untoward has been done.

And given the FIA is evidently not pursing the matter, and the implication from Horner that neither is Red Bull, it’s fair to suggest nothing was found and the Green Red Bull is indeed a genuine Aston Martin AMR22.