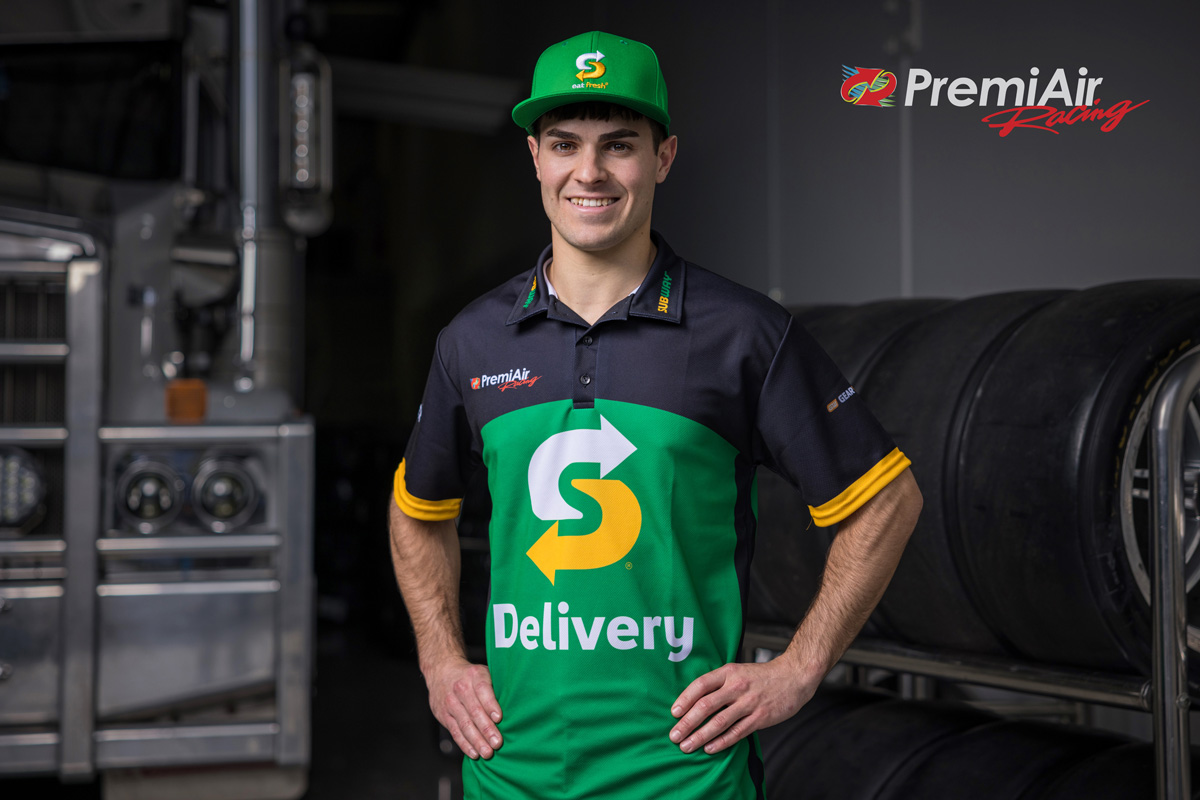 PremiAir Racing has sealed the deal to bring James Golding back to the Repco Supercars Championship in a full-time capacity.

This weekend at Townsville, Golding will step into the Subway-backed ZB Commodore, which will undergo a number change to reflect its new driver’s preferred #31.

Golding, who had been in line to again co-drive for Team 18 at the Bathurst 1000 in October, replaces Garry Jacobson as Chris Pither’s team-mate.

Jacobson was brutally dumped after the Darwin Triple Crown last month, as team owner Peter Xiberras makes no bones about his ambitions to rise up the pecking order.

Golding, 26, already has two full Supercars seasons under his belt with Garry Rogers Motorsport in 2018 and 2019, and has won races in Super2 and S5000.

“There was a criteria; he ticked a lot of the boxes, and I think he was just a guy that had sort of been dealt pretty awful cards,” PremiAir Racing team principal Matt Cook told Speedcafe.com.

“The team that he was with folded (when GRM exited Supercars), he was doing some good things there early on in the piece. He’s had a couple more years and has matured even more.

“I still think he is a fast, young kid and he is the right person for the job that is going to lead the team forward in the next six to seven months.

“As we were shuffling through the criteria, his name just kept getting shuffled further and further toward the top. There were about three guys at the end there and we chose him.”

Presumably, the other two shortlisted candidates were Zane Goddard and Kurt Kostecki, who were the early favourites but ultimately have remained as Tickford Racing co-drivers.

Golding’s first time in the car will be Practice 1 at the NTI Townsville 500 on Friday morning, and early expectations are being kept in check accordingly.

“We’re not expecting too much of him in the first one or two race meetings, but I just get the feeling he is going to do his thing and all of a sudden the car is going to be a lot further up the field, so it’s exciting,” said Cook.

“The biggest thing is, we need to focus on the rest of the year and try to put together a good, solid back half of the year.

“We feel that Jimmy is going to be a good part of that and he is going to march the car further up the field towards the pointy end.”

Asked whether there is scope for a seven-round trial to blossom into a full season next year when Gen3 debuts, Cook responded: “There’s no reason to say that he won’t be.

“Obviously that seat, it’s available now and he’s filling it, so if he does a fantastic job, definitely he’ll have his best foot forward to maintaining that seat for next year.”

PremiAir Racing is expected to be a key player in the 2023 driver market, given the presence of two up-for-grabs seats and Xiberras’ clear willingness to invest in pursuit of success, with Mark Winterbottom among names being floated in paddock rumours.

Of Pither’s job security, Cook said: “He’s doing a good job. He proved that the car has the potential to be at the pointy end – he qualified in 11th position and it was just unfortunate that he got taken out.

“He has just got to keep doing the best job that he can and putting the car up towards that top 10 position, and then everything will be happy days.”