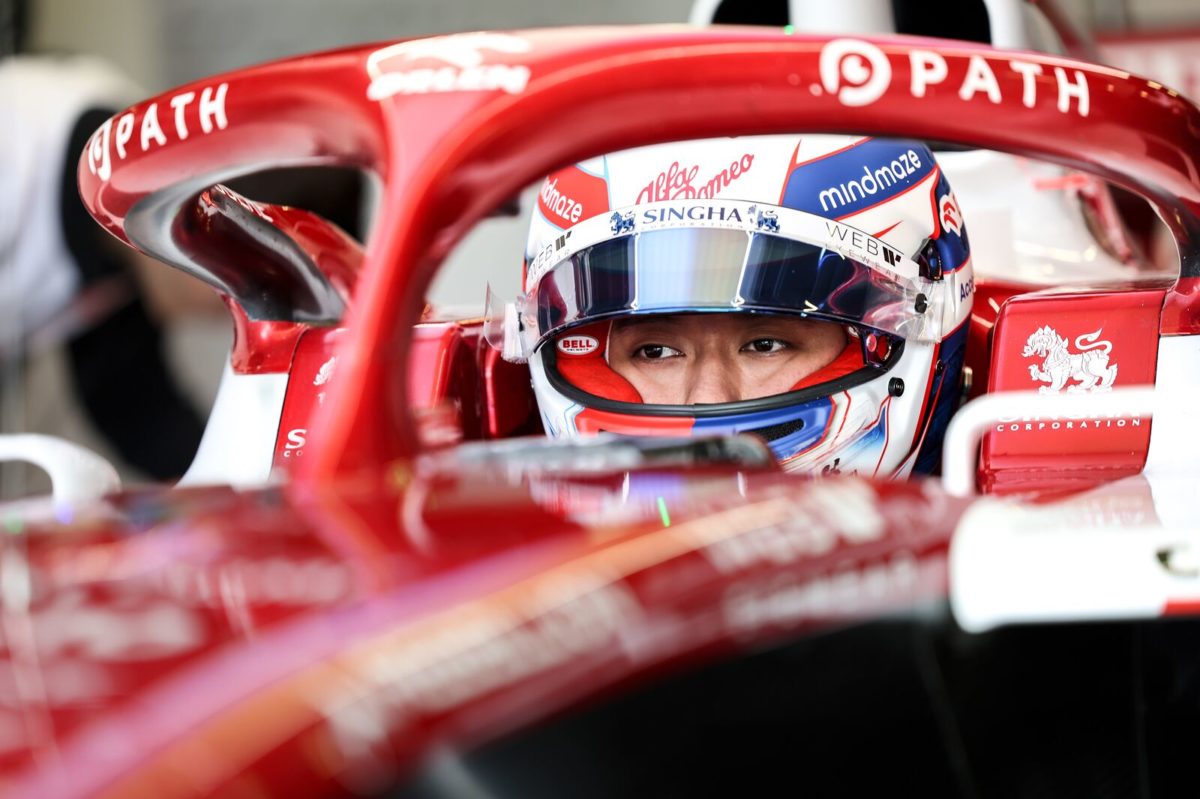 Alfa Romeo Sauber driver Guanyu Zhou has credited the halo with saving his life after a terrifying crashing at the Formula 1 British Grand Prix.

The Chinese driver’s race ended at the first corner, his car catapulting over the tyre barrier into catch fencing, coming to a rest behind the fence.

He had been tagged by George Russell, who in turn was pitched sideways by Pierre Gasly as the three drivers converged off the line.

The contact between Russell and Zhou was enough to flip the Alfa Romeo Sauber, which skidded upside down through the tarmac run-off.

It then bounced through the gravel trap, becoming airborne in the process and clearing the tyre wall.

“It was a big crash and I’m glad I’m okay,” Zhou said after being discharged from the circuit medical centre.

“The marshals and the medical team at the track were fantastic with their quick response, and I also owe my thanks to the FIA and Formula 1 for all the work they have done, and they keep doing, to improve the safety of our cars.

“The halo saved me today, and it goes to show that every step we take in improving our cars has real, valuable results.

“I’m keener than ever to get back on-track and do what I love: I’m fit and I’m looking forward to Austria next week.”

The incident drew a near immediate red flag as crews worked to free Zhou from the wreckage of his car.

It was not an easy task as it sat, with its airbox having been ground away, inverted in a narrow area between the catch fencing and the back of the tyre wall.

Once freed, Zhou was taken by stretcher into a waiting ambulance and then on to the circuit medical centre.

There, he was quickly cleared of broken bones and discharged as the race ended.

He was initially joined in the medical centre by Alex Albon, whose Williams nosed heavily into the pit wall as the field behind Zhou’s crash slowed in response.

The Thai driver was subsequently taken to Coventry Hospital where he was cleared of injury.

“I’m very glad that everyone else involved in the first lap incident is okay,” he said in a statement posted on Williams’ Twitter account.

“Thank you to all the medical staff at the track and Coventry Hospital.

“It’s a shame our race ended before it began today, but we are already fully focused on Austria.”

Earlier in the day, Roy Nissany was lucky to survive a potentially horrendous crash when Dennis Hauger’s car was launched over kerbs during the Formula 2 Feature race.

Having made contact, Hauger skated through the grass where he was launched over the back of a kerb, his car impacting Nissany’s on the halo.

Both drivers were lucky to walk away, the incidents further testament, if any were still needed, to the value of the halo.