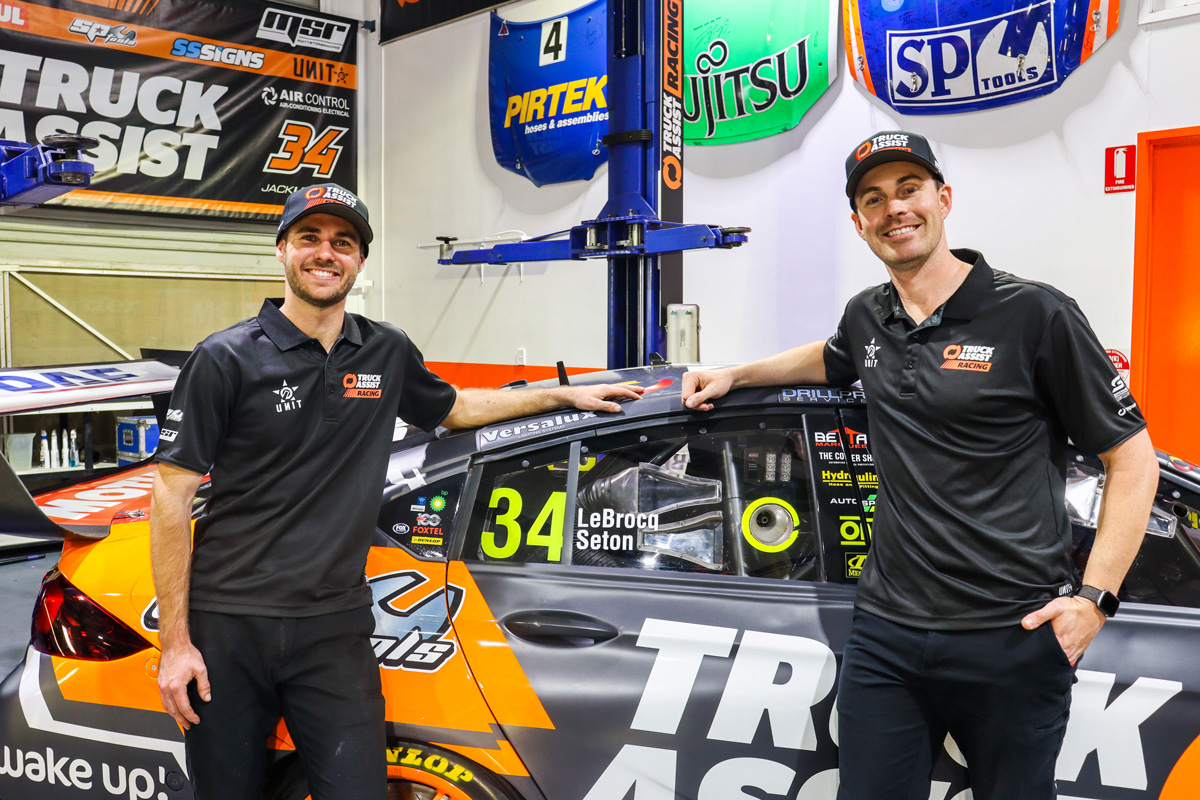 Third-generation talent Aaron Seton will be on the Repco Bathurst 1000 grid this year after earning a call-up for Matt Stone Racing.

The 24-year-old has landed a co-drive in Jack Le Brocq’s #34 Truck Assist ZB Commodore, marking his first taste of the top-tier Supercars Championship.

The Seton name is iconic in Australian motorsport, Aaron’s grandfather Barry having won the 1965 Great Race with Midge Bosworth, and father Glenn a two-time ATCC/Supercars champion who thrice was runner-up in the 1000.

The last of Glenn’s Bathurst podiums came in 2006 for Stone Brothers Racing, run by the father and uncle of MSR owner Matt Stone.

Now the next generation of Seton/Stone will combine on the big stage.

“I only found out quite recently actually, I was just very excited when I heard the news that I was driving with Jack Le Brocq and the team at MSR,” Seton Jnr told Speedcafe.com.

“I’m very thankful to them for the opportunity, to the whole team here and everyone who has supported me along the way, and I’m looking forward to getting to Bathurst with Jack and putting our best foot forward.”

A multiple Bathurst 12 Hour class winner who has since won titles in TA2 and Trans Am, Seton has plied his trade in Supercars machinery by competing with MSR in the Super2 Series since the start of 2021.

“I definitely feel like I’m ready for it this year and I have put in a lot of effort behind the scenes in getting to that place,” he said.

“I’m just looking forward to teaming up with Jack and I can’t thank everyone who has got behind me enough to make this opportunity happen.”

Le Brocq, who finished fourth in the 2016 edition, agrees Seton is up to the task.

“I’m really excited. Aaron is ready for it, he is going to do a good job, and I’m sure we are going to have a good run at it,” he told Speedcafe.com.

“Aaron’s feedback is very, very strong, so it is going to be a big bonus having him with us this year.

“He has proved that he is quick, but all of the stuff behind the scenes he is very dedicated, and his feedback is unreal. That’s very crucial at those events – you do get a lot of practice at Bathurst but it goes very quickly because you have got a lot to work through.”

The duo got a headstart on their preparations together last week during a Super2 test day for Seton at Queensland Raceway.

“It was cool to kickstart that relationship and get Jack to do a few laps in my car and get his feedback on what he thought it handled like and compare notes and all that sort of stuff and learn from him as a driver too,” said Seton.

“Just to see the differences between what I do versus what he does, it was very cool to have that opportunity to start early and prepare for October.”

MSR has enjoyed incremental gains in its level of main game competitiveness over the years, Le Brocq delivering its first ever front-row start in March at Symmons Plains.

“I feel like I’m prepared the best I can for this year, and I’m confident that I have got the ability to do a good job out there,” said Seton.

“I know that Jack is very capable as well, so I’m just looking forward to seeing where we are five o’clock on the Sunday afternoon.”

Among the few 2022 Bathurst co-drives yet to be announced is the sister #35 Truck Assist entry of Todd Hazelwood.

Both Le Brocq and Seton will be in action at the NTI Townsville 500 this coming weekend, where the Repco Supercars Championship and Dunlop Super2 Series will feature.