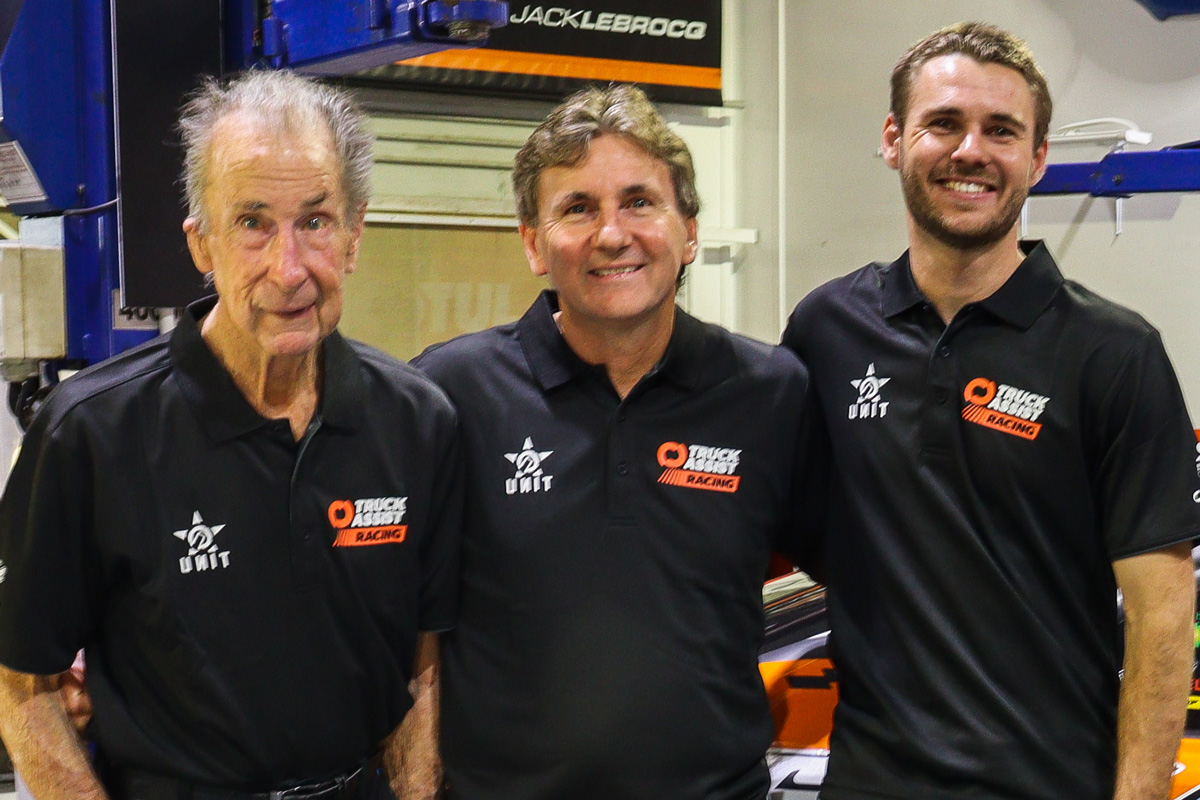 Aaron Seton will have a wealth of wisdom to draw on like few others by the time his Bathurst 1000 debut arrives this October alongside Matt Stone Racing’s Jack Le Brocq.

His father Glenn and grandfather Barry boast 49 starts in the Great Race between them, including one joint effort in 1983.

That near half-decade of experience has produced a mix of success and heartbreak, Barry winning the event in 1965, while Glenn fell just short on numerous occasions and thrice had to settle for second.

The three generations of Seton gathered for a pre-announcement photo, making the looming opportunity all the more special for 24-year-old Aaron.

“My family are very important to me and it’s very cool to continue the tradition of having a Seton at Bathurst and I’m very fortunate to be the first third-generation driver in the endurance event at Bathurst, I believe,” he told Speedcafe.com.

“It really is an honour to go out there and represent the Seton name the best I can.

“I first went to Bathurst when I was three months old in 1998, so it’s a cool feeling to think that I’m going to be racing in that myself this year.

“Just watching Dad out there all the years and just seeing how special the event is at Bathurst and the atmosphere around the event and everything that goes into it, it’s really cool and I’m looking forward to being a part of that this year.”

Aaron plans to tap into his family’s knowledge in the lead-up to the big day.

“Obviously being 48 years of Setons at Bathurst, it is a lot of experience to draw from,” he added.

“That’s invaluable and something that definitely I will use heading into this year’s event and get as much advice as I can from both Dad and Pop, and just use it the best I can and go out there and hopefully get a good result.”

“We’ve never had the money behind us to be able to buy our way there, we have really had to just work hard at it,” Glenn told Speedcafe.com.

“And not only that, throughout his career from karting right through to where we are now, he’s tried in a lot of different disciplines of motorsports, from speedway right through to GT to Carrera Cup at one stage.

“He has done a hell of a lot of miles at Bathurst, so I have total confidence that he will do a really good job, and the two of them together will do a great job.”

And there’s nothing he’d like more than to see Aaron complete the feat he never quite could – to get himself on the top step of the Mount Panorama podium.

“I suppose the cars today are so much more reliable than they were, whereas in my day the reliability wasn’t as good because the components weren’t as good as they are today.

“It would be awesome to see him have a good run at Bathurst from this year on and hopefully he can do more years than just this year, that’s always the plan.

“If he does a great job this year, he’ll be certainly looked at in the future for more races there.”