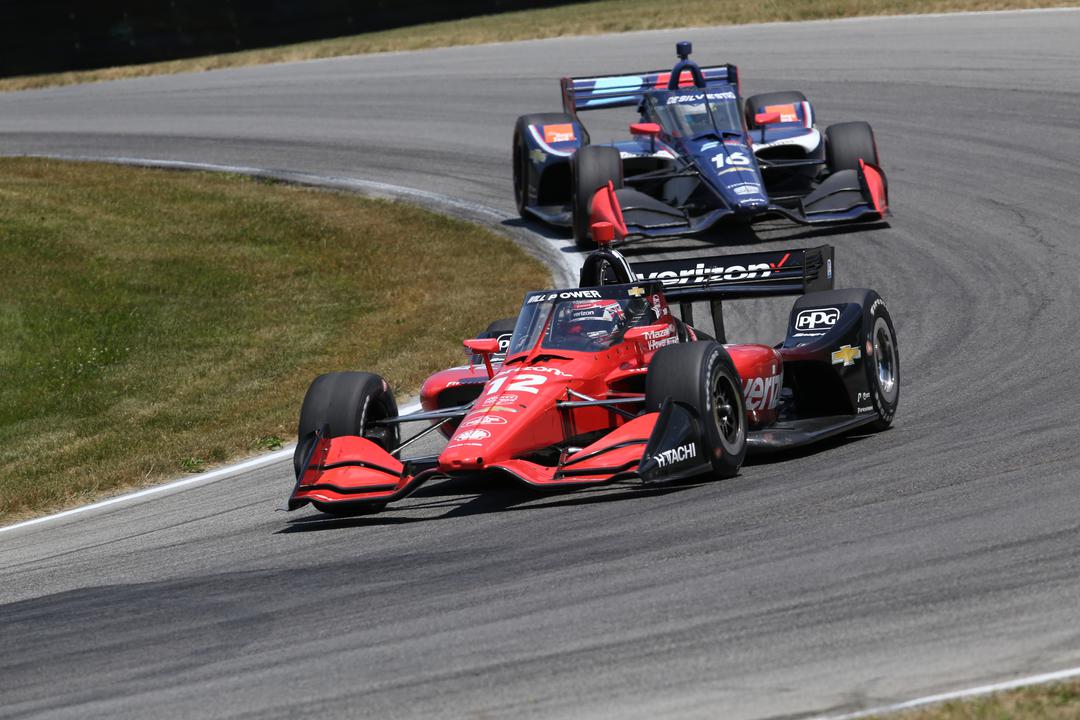 Will Power says his shock podium from last position in the Mid-Ohio IndyCar race was a matter of keeping his head.

The Team Penske driver qualified 21st after incurring an impeding penalty in qualifying, before spinning when he got onto the Turn 9 kerb while trying to pass Takuma Sato on the first green flag lap of the race.

That mishap put Power even further back, to the very rear of the 27-car field, and he was 25th after an early pit stop under Caution.

However, the 2014 champion was already back to 12th position at the completion of the first pit cycle, and in the same situation as the two-stoppers.

Just after the fourth restart, he passed Rinus VeeKay for an effective third position, and that was where he remained for the final 22 laps.

Power said it was a matter of maintaining his composure in a typically dramatic IndyCar encounter.

“You just have to keep your head in these races,” he declared.

“As you see every week, so much happens. If you don’t make any mistakes, you’ll make up positions.

“This is IndyCar; you can never predict what’ll happen. I’m loving it. I hope the fans are too.”

The ninth race of the season had the potential to shake up the series standings after qualifying left an unusual-looking grid.

Along with Power’s debacle, his team-mate Josef Newgarden and Chip Ganassi Racing’s series leader Marcus Ericsson only made Row 7.

In fact, of the top five on the points table heading into the weekend, only two made it past Round 1 of qualifying, and Alex Palou ended up a position shy of the Fast Six.

The odd one out, Pato O’Ward, was well-placed to capitalise given he grabbed pole position, yet an engine problem for the #5 McLaren SP Chevrolet consigned him to a DNF.

He was thus the odd one out again, as the only driver of those five to lose position in the series standings, with Palou taking over fourth position.

Power arguably missed an opportunity too, although he remains second on the table at a reduced, 20-point deficit to Ericsson.

“I definitely feel like we had the fastest car because in the second practice I had left three tenths on the table,” said the Queenslander.

“I was up three tenths and the throttle broke, and then obviously in qualifying we had our issue.

“We had the fastest car and it really hurts to give up a chance at a pole or potentially a win, but to get back to third, you’re not looking back on those days saying that’s why we lost a championship, definitely.”

The Mid-Ohio event represented the halfway mark of the season, with nine races now completed and eight to come.

The next unfolds on the streets of Toronto on the weekend of July 15-17 (local time), with live and ad-free coverage on Stan Sport.