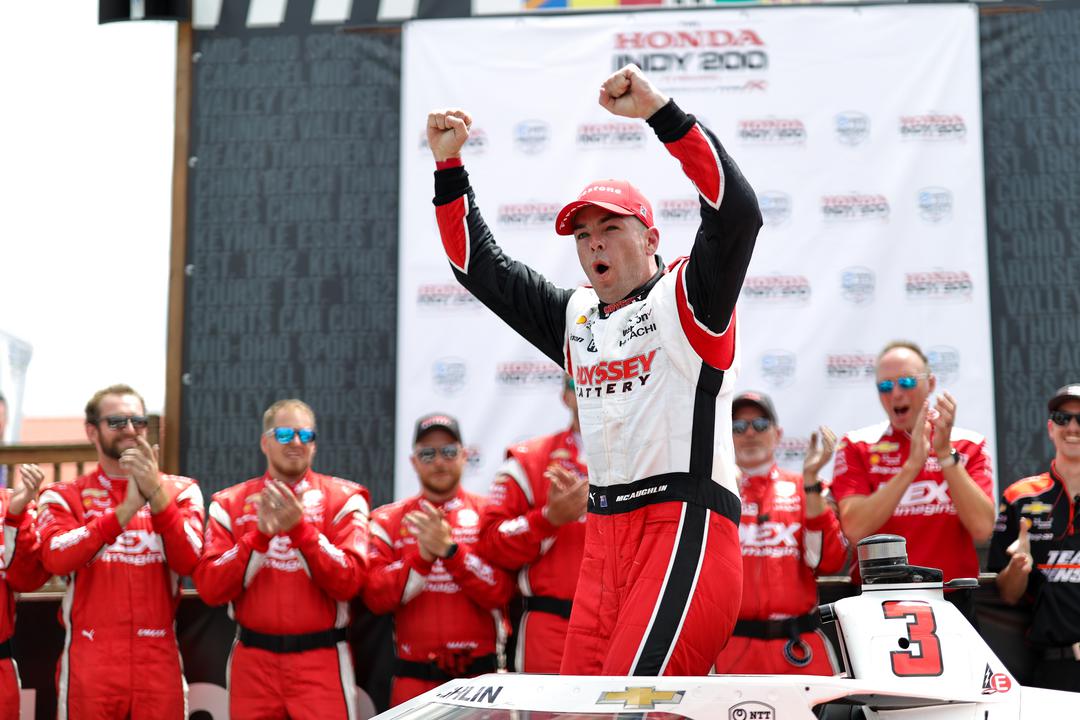 Scott McLaughlin insists he is still in the championship hunt after winning the Mid-Ohio IndyCar race, and we are throwing that question to you also, in this week’s Pirtek Poll.

The New Zealander became just the second multi-race victor of the season to date, the other being Team Penske team-mate Josef Newgarden, after prevailing by half a second in Event 9 of the season.

The result, of course, elevated McLaughlin in the series standings, but only to seventh, having arrived at the Mid-Ohio Sports Car Course in ninth position on the points table.

He is also still 69 points in arrears of leader Marcus Ericsson, with eight races to go and as many as 54 points on offer to any driver (50 for a win, one for leading a lap, two for leading the most laps, one for pole position) in each of those.

Of course, the deficit of one-race-plus is a big enough headache, let alone having to also worry about the other five drivers above him.

Looking at Ericsson, it is now only he and McLaughlin who have finished consecutive races as the series leader, and the Swede is the only driver to leave three events or more in that position.

However, notwithstanding taking the #8 Chip Ganassi Racing Honda to podiums at Texas and Road America also, it is his double points victory in the Indianapolis 500 which is the main reason why Ericsson is top of the pile at present.

Much the same could be said about how Pato O’Ward is fifth on the table, given he finished second in the big one.

The Mexican has failed to finish the last two races, although both of those results were due to technical problems for the #5 McLaren SP Chevrolet.

Will Power is second in the series at 20 points off top spot, with results of fourth or better in seven of the year’s nine races so far, while the 19th at Road America was largely due to getting punted by Devlin DeFrancesco.

The Penske driver is otherwise enjoying good luck this year, or at least not suffering frequent bad luck, which is more than can be said for previous seasons.

Team-mate Newgarden is also in the history books as an IndyCar Series winner, as are Ganassi’s Alex Palou and Scott Dixon.

That they are fourth and sixth respectively on the table is a credit to their consistency given neither has won a race in 2022.

Rounding out the top 10 in the points are Alexander Rossi, Simon Pagenaud, and Colton Herta, but the former of those three is 23 points behind McLaughlin, so catching Ericsson is surely a bridge too far for them.

As for McLaughlin himself, he has now won on a road course as well as a street circuit, and is capable of victory on an oval given he came up only a corner shy at Texas.

However, he also has a mistake in him, as Long Beach, the Indy 500, and Detroit demonstrated.

Will the three-time Supercars champion become an IndyCar champion in 2022? Cast your vote in this week’s Pirtek Poll.