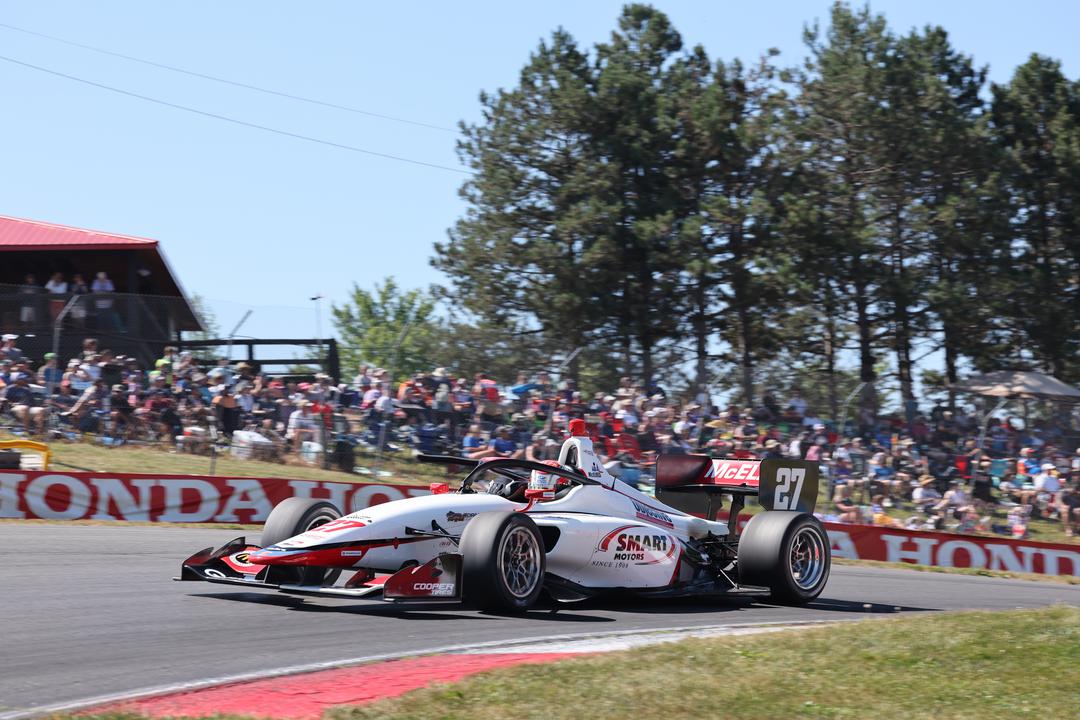 The New Zealander was fastest in both practice sessions, qualified on pole position, and led all 35 laps of Race 8 of the season.

However, McElrea’s race was not completely straightforward.

He and Lundqvist made side-to-side contact in the first braking zone, at Turn 4 of the Mid-Ohio Sports Car Course, and the California-born steerer was off the track on Lap 14 at Turn 9.

By then, Brabham was second, after passing Lundqvist on the run to the Keyhole (Turn 2) on Lap 2, but the Australian was not getting close to McElrea without a little help.

Car #27 was almost six seconds to the good on Lap 20, and more than 15 seconds up on the #26 entry of Lundqvist, but saw most of that wiped out when James Roe (TJ Speed Motorsports) had a lurid spin into the Turn 1 gravel trap on Lap 23.

That incident brought about a Caution, setting up a 10-lap green-flag run to the finish, but McElrea pulled away again, and Brabham gapped the series leader by an even bigger margin.

Christian Rasmussen (Andretti) claimed fourth after rounding up Benjamin Pedersen (Global Racing Group w/ HMD) at Turn 4 on Lap 27, and Sting Ray Robb would snatch fifth position from the latter at the very last corner of the race.

In the series standings, Lundqvist’s margin over Robb has increased to 87 points, with Brabham third and McElrea up to fourth.

McElrea’s triumph means New Zealanders who won national titles in Australia took out both of the day’s Indy races, with Scott McLaughlin prevailing in the top tier.

Next up for the Lights field is the first oval of their season, namely Iowa Speedway, on July 22-23 (local time).