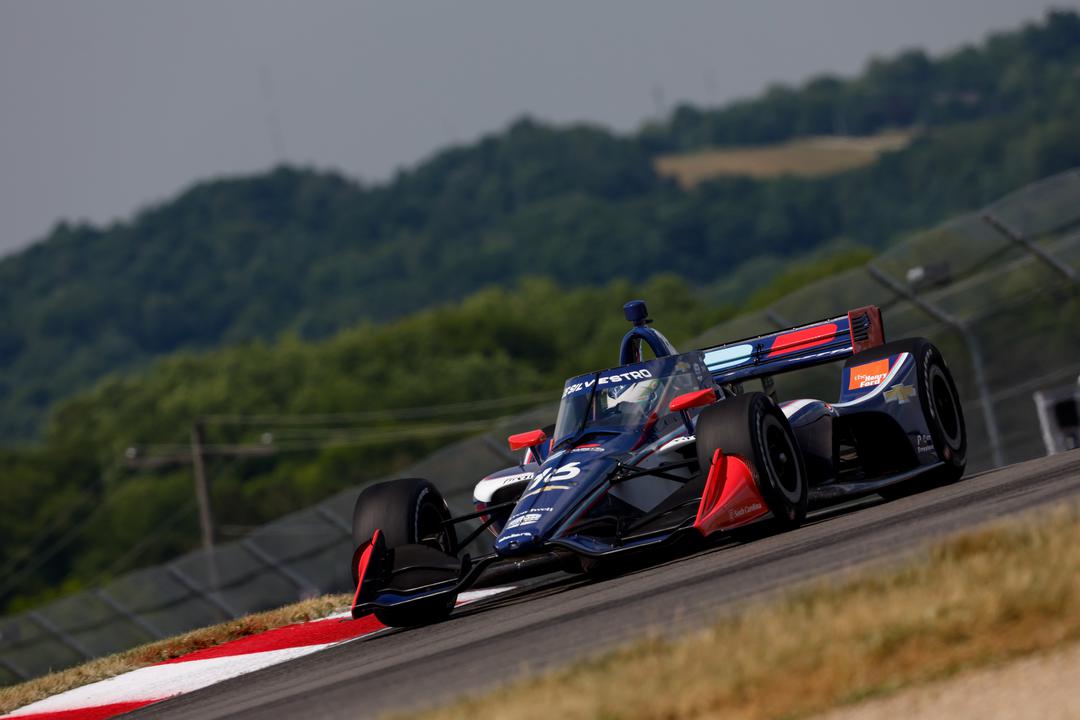 Simona De Silvestro has suggested she is rediscovering her touch in IndyCar after a drive up to 18th in the Mid-Ohio race.

The result represents an improvement relative to her showing in the previous race, at Road America, the Swiss driver’s first non-oval event in the category in more than seven years.

Then, she climbed from dead-last on the 27-car grid to finish 21st, but gained an extra spot this time around from 25th at the start.

“I felt like I was strong again, doing things I used to do and moving forward,” said De Silvestro.

“We were passing cars, we were moving forward, and that encourages us a lot.

“There’s always things to iron out and get better but I think the results will come.

“I look forward to Nashville because I feel like we are getting to where we need to be.”

After struggling in qualifying again, De Silvestro will, of course, also be hoping to finally get her head around how to get one-lap pace out of the alternate compound tyre when she gets to Nashville.

That is set to be the third and final start of the 2022 programme with Paretta Autosport, which is essentially a third Ed Carpenter Racing entry this year.

She also contested last year’s Indianapolis 500 with Paretta, which was the team’s IndyCar debut but her return to the category after a long stint away.

That period included three full seasons in Supercars, but the 33-year-old said earlier this year that IndyCar is her “happy place”.

De Silvestro also stated before the Road America event that she considers 2013 her best season in IndyCar, which gives some indication of what she means by what she “used to do”.

“I was really competing up front in IndyCar.”

The then-KV Racing Technology driver finished in the top 10 in nine of the 19 races that season, including a career-best second place at Houston.

De Silvestro ended up 13th in the series standings that year, one position above a certain Josef Newgarden.

“I think in ’13 I finished in front of Josef in the championship,” she also noted ahead of this year’s Road America event.

“He ended up going to Penske and then won the championship two times.”