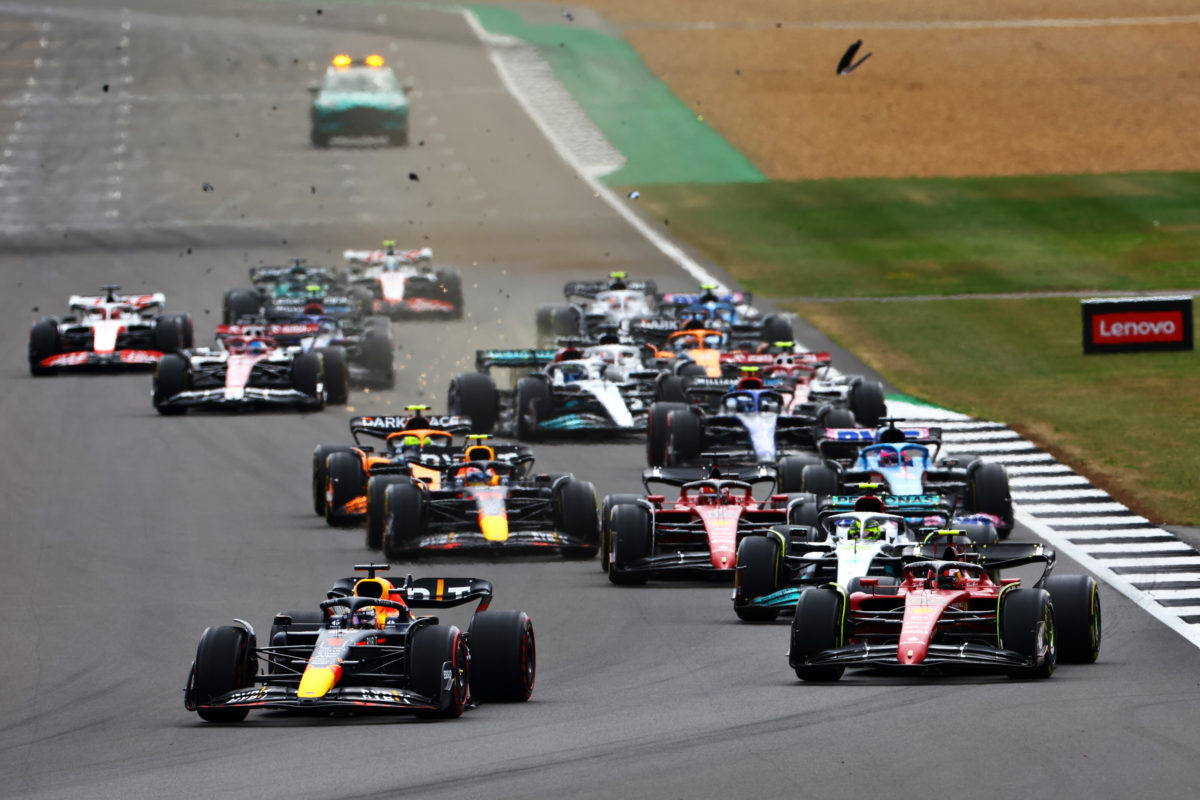 The Formula 1 British Grand Prix has been red flagged just seconds after it began following a sizeable multi-car crash at the opening corner.

Three cars, George Russell, Guanyu Zhou, and Alex Albon were all eliminated on the spot, while Pierre Gasly sustained damage but was able to limp back to the pits.

Esteban Ocon was also seemingly involved but was also able to recover to the pit lane.

The medical car was quickly on the scene, with Zhou’s Alfa Romeo Sauber seen to have inverted and skated through the run off.

What triggered the clash was unclear without replays, which television directors rightly opted not to show as those involved were attended to.

The remaining runners immediately returned to the pits, led by Max Verstappen who seized the lead off the line from Carlos Sainz.

Soon after, the team advised Zhou had been removed from the car and placed on a stretcher, and was moving.

“Following a crash at the start of the British Grand Prix, Zhou Guanyu is conscious and now at the circuit’s medical centre to undergo evaluation,” read a statement issued to Speedcafe.com.

Replays subsequently showed that Alfa Romeo Sauber was tagged by Russell as the field condensed, flipping Zhou and leaving him to flip.

His car then skated upside down through the tarmac and gravel run off, clearing the tyre barrier where it was stopped by catch fencing, coming to a rest behind the barrier.

During the stoppage, Alfa Romeo Sauber confirmed to Valtteri Bottas that Zhou had escaped broken bones.

Williams meanwhile confirmed that Albon had been taken to a local hospital for further checks.

“Alex has been transferred by helicopter to Coventry Hospital for precautionary checks following the opening lap incident,” it announced.