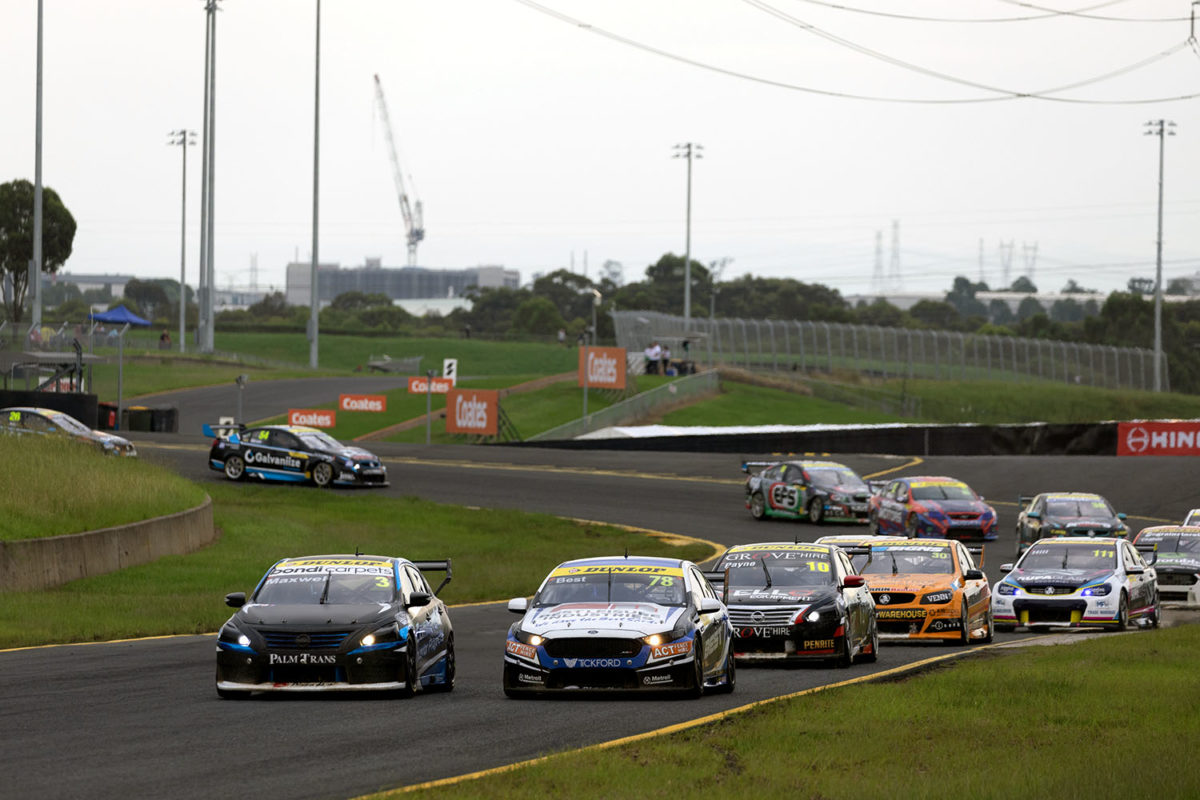 Round 1 of the 2022 Super2 Series at Sydney Motorsport Park

The Dunlop Super2 Series title will be open to both Gen2 and pre-Gen2 model Car of The Future vehicles next year, the Supercars Commission has decided.

The announcement clears up a level of uncertainty about how the category’s second-tier competition would look in 2023, when the ZB Commodore and Gen2 Ford Mustang were set to be introduced in line with the commencement of the Repco Supercars Championship’s Gen3 era.

Since the resumption of competition after the outbreak of COVID-19 in 2020, Super2 rounds have in fact been run as a combined field of Super2- and Super3-eligible vehicles in a class format.

It had appeared that the arrival of Gen2 in Super2 would see the pre-Gen2 cars bumped down to the lower class, similar to how Gen3 will bump Gen2 out of the Championship.

Instead, Super2 will be an all-in of the Holden ZB Commodore, Gen2-spec Ford Mustang, VF Commodore, FGX Falcon, and Nissan Altima; the Mercedes E63 AMG and Volvo S60 also remain eligible, not that any have ever been seen in the series.

Supercars head of motorsport Adrian Burgess explained, “After speaking with both Repco Supercars Championship and Dunlop Super2 Series teams, we are aware that some are ready to commit to ZB Commodores and Ford Mustangs immediately, while others will remain committed to current programmes in 2023.

“This decision benefits teams in both of those positions and paves the way for more teams and drivers to enter our second-tier competition in 2023.

“This combined Dunlop Super2/Dunlop Super3 Series category gives drivers the opportunity to become more familiar with how to race Supercars. The primary focus for us is around the driver pathway, a commitment which Dunlop shares.”

Firstly, the market is tight.

Speedcafe.com understands that many cars which are currently on the race track in VCS (code for the Supercars Championship) have already been sold to collectors and are in fact being leased back from their new owners.

A second reason, perhaps related to the first, is that the asking price for Gen2 cars is believed to still be in the region of several hundred thousand dollars each, a figure which would stretch Super2 teams, especially those which field multiple cars.

The Commission’s call would therefore likely be welcomed by existing competitors, who now have the freedom to choose whether to upgrade or not, and would protect grid numbers.

The retention nevertheless of Super3 as a class is an interesting development, when it seemed that Project Blueprint cars were set for an exit again.

They last raced for the Super2 title in 2017, but have shared a grid again since July 2020, and tend to race among the back of the second-tier class.

For such V8 Supercars and those even older, there is now also the option of racing in the Kumho V8 Classic Series, which runs on the Australian Motor Racing Series programme, similar to how Super3 primarily ran with the Shannons Motorsport Australia Championships before it took on that moniker under licence from Supercars in 2019.

Round 3 takes place this weekend at the NTI Townsville 500, with what is set to be a capacity field taking to the Reid Park Street Circuit for practice sessions on Friday at 08:25 and 12:05 local time/AEST.