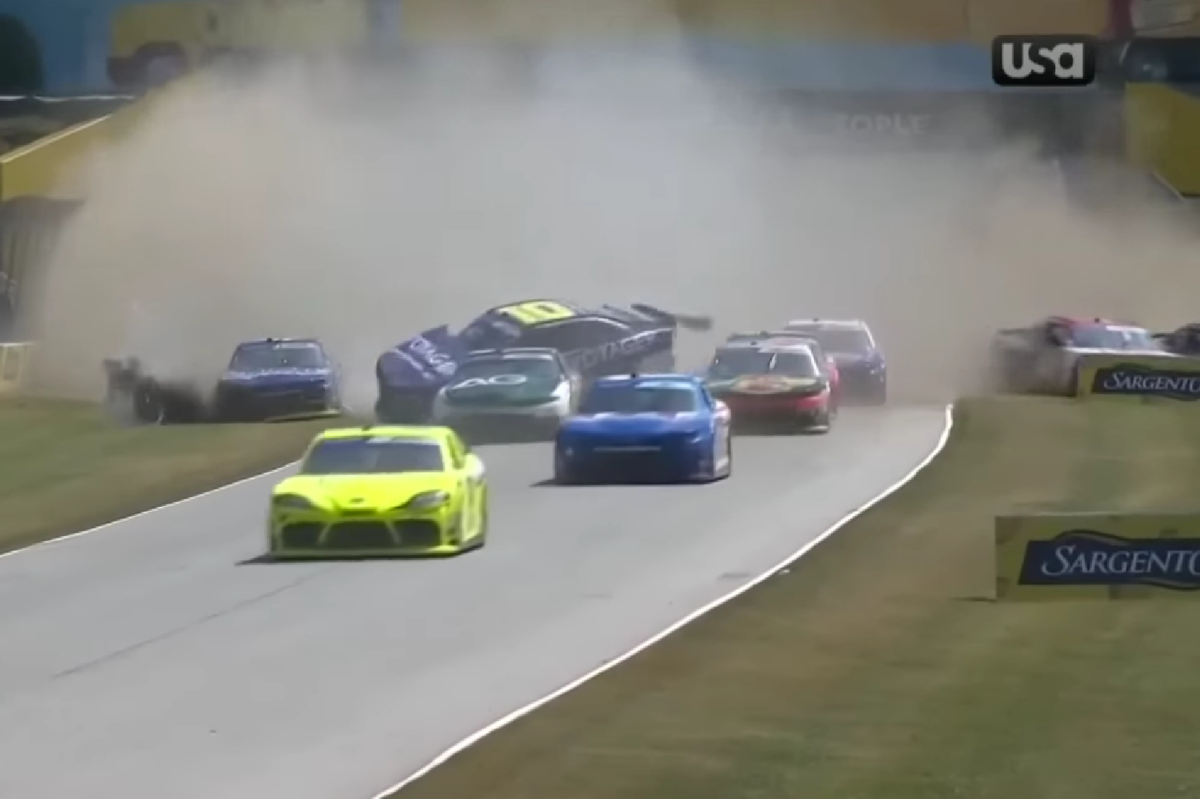 Noah Gragson triggered chaos when he turned around Sage Karam in the NASCAR Xfinity Series race at Road America.

Gragson confirmed the run-in was a case of retaliation for earlier clashes between the pair.

“I guess he forgot the three times he would throw it off in the corner, door us and run us off the race track,” he said of Karam.

“Eventually, you get sick and tired of it. I hate people’s stuff got torn up, but I mean three times is a bit ridiculous just today, not including the past.

“I take responsibility. I hate it for his guys. But we’re fighting to race for a championship and really over getting run over.”

Fortunately, Brandon Brown and the other drivers involved in the incident were checked and released from the circuit’s medical centre.

Ty Gibbs passed pole-sitter Kyle Larson on the final lap of overtime to win the race, while Chase Elliott has grabbed pole position for tomorrow’s Cup Series encounter at the Elkhart Lake circuit.