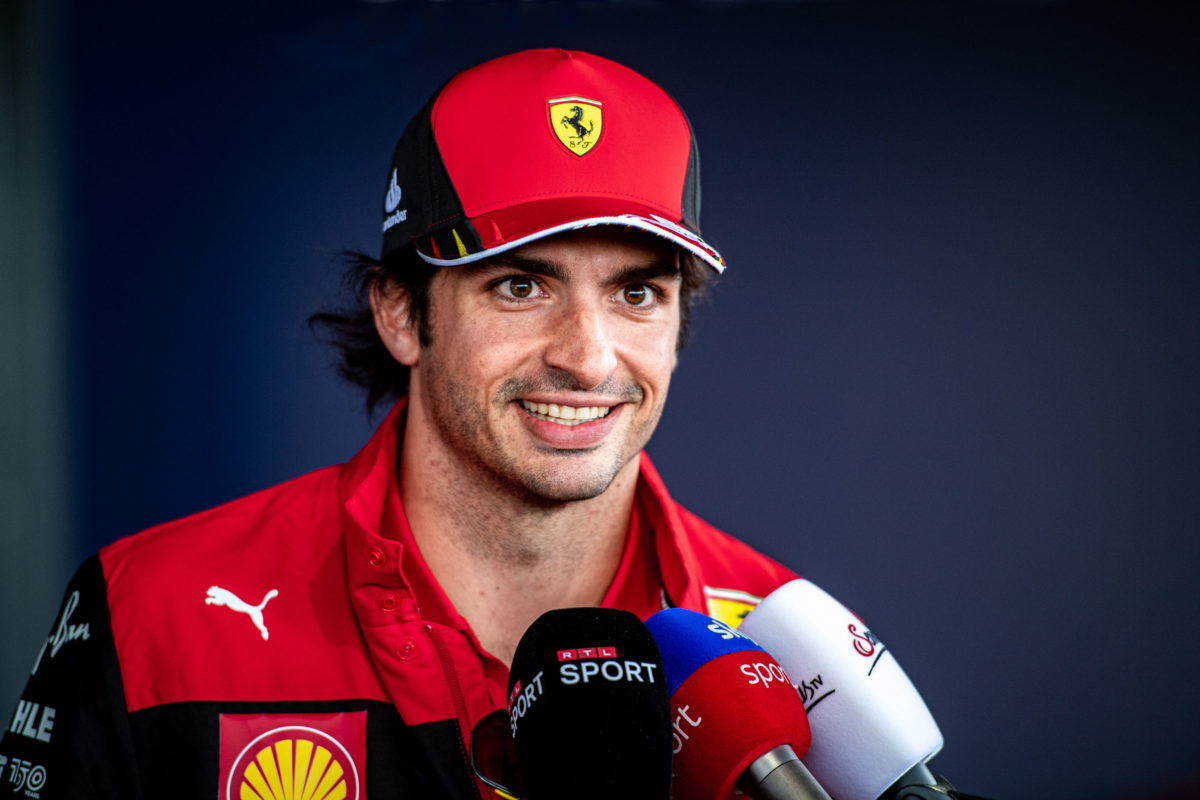 A maiden Formula 1 pole position for Carlos Sainz came as a surprise after qualifying for the British Grand Prix.

The Spaniard improved on his final lap in the three-part session to steal top spot away from Max Verstappen.

His lap came in a qualifying hour dominated by the weather, with conditions swinging between damp and soaking throughout.

“Honestly, I had no idea where I was going to qualify because the conditions were so changeable that I didn’t even know what was the lap time to beat in Q3,” Sainz said.

“It [pole lap] didn’t feel amazing because I did a small mistake in Turn 3, which threw me out of line into Turn 4.

“Then, I remember going through a highspeed [corner] and thinking ‘I should maybe have pushed a bit more’, then running out of battery into [Turn] 15 and 16.

“So I was convinced that maybe it was not going to be enough, but then it turned out to be enough, and I was pretty happy to hear that.”

While Qualifying took place in wet conditions throughout, Sunday’s grand prix is forecast to be dry.

Sainz was only sixth fastest in Free Practice 3, held in dry but cool conditions, though felt his car had gone backwards after topping Free Practice 2 on Friday afternoon.

“In FP2 I felt on it, I felt confident, and if I compare my FP2 pace to, for example, Barcelona race and quali, I am much happier both with the car and with my driving,” he said.

“FP3 was a challenging session which we took a step back, and we know why, we just don’t understand it.

“We have fixed the problems completely going into tomorrow, but in the wet I felt good.

“It was just about making the tyres work, but when the tyres were working I felt comfortable.

“So yeah, let’s see tomorrow how the race pace is, but I want to believe that there’s been some good steps done recently.”

Sainz finished second to Verstappen last time out in Spain, the 27-year-old yet to secure his first Formula 1 win.

The British Grand Prix gets underway at midnight AEST.