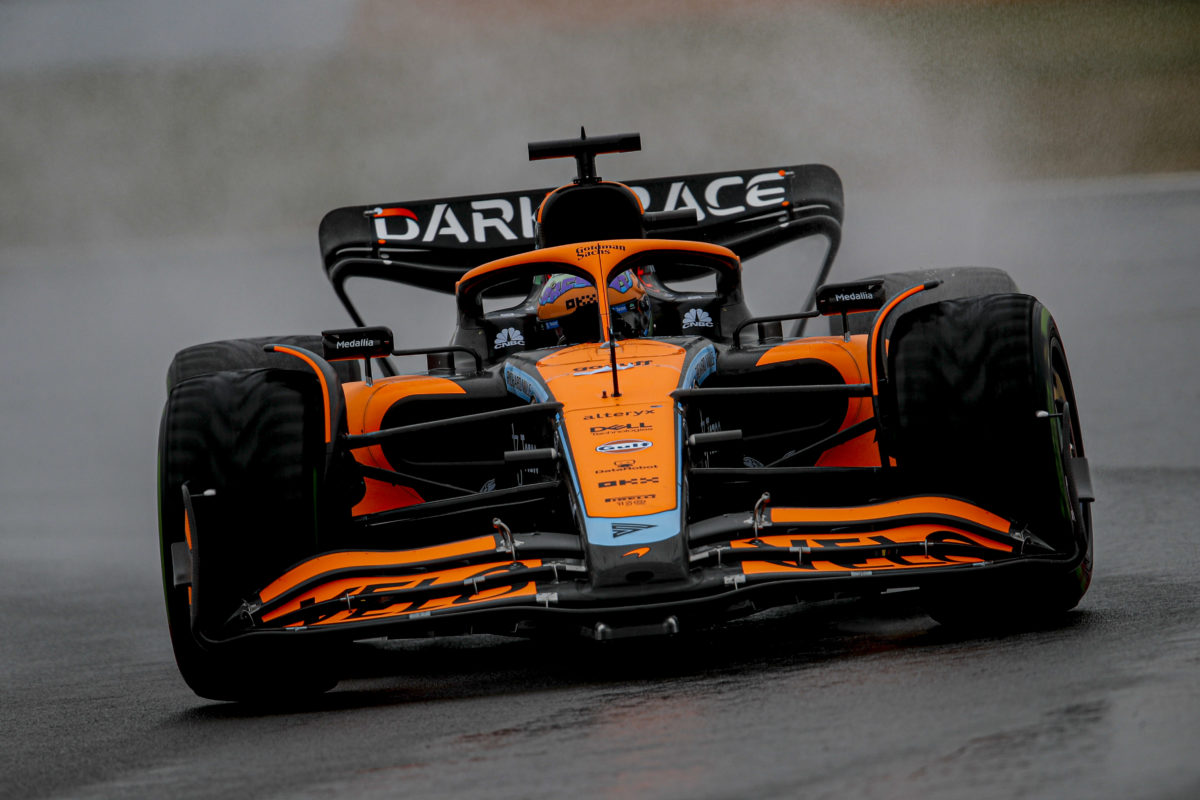 Daniel Ricciardo was left to rue a mistake which saw him bundled out of Qualifying for the Formula 1 British Grand Prix at the end of the second segment.

The Aussie will start Sunday’s race from just 14th on the grid after a mistake when conditions were at their best during the wet session.

“I think it was just one of those ones where you needed to get it [the lap] in, I think, in the first two laps.

“I don’t think in the first lap, it was still quite a bit wetter, but then I think the second lap was the one, because then it rained a lot.

“Well, it’s hard to see if it’s spray or rain, but the track got a lot wetter, so definitely rained in the second sector, so that dry line disappeared.

“And yeah, the lap that was meant to be the one, I remember going wide, or off, and lost the lap.

“That was the one it needed to be in the end, so obviously frustrated with that.”

Though Qualifying took place in the wet, Sunday’s race is forecast to be dry.

Ricciardo has suffered another difficult weekend and was struggling for pace even prior to his Qualifying mistake.

He didn’t set a time in a wet opening practice, though he was by no means alone in opting to keep his powder dry.

In Free Practice 2 he was ninth fastest, though his 1:29.902s was nearly 0.8s away from team-mate Lando Norris, who was third best.

Despite the deficit, he was upbeat about his prospects at the end of Friday’s running, suggesting he and the team were “in a decent spot.”

There was no specific cause for the lack of pace, with the team confirming to Speedcafe.com that Ricciardo wasn’t managing any specific issues with the car.

He was then eliminated from the wet Qualifying hour in the second part of the three-part knock out session.

With a jumbled grid courtesy of a wet qualifying and a tight midfield pack that this weekend looks to include McLaren, Alpine, Alfa Romeo Sauber, and Haas, Sunday’s 52-lap race will likely be a long one for the 33-year-old.