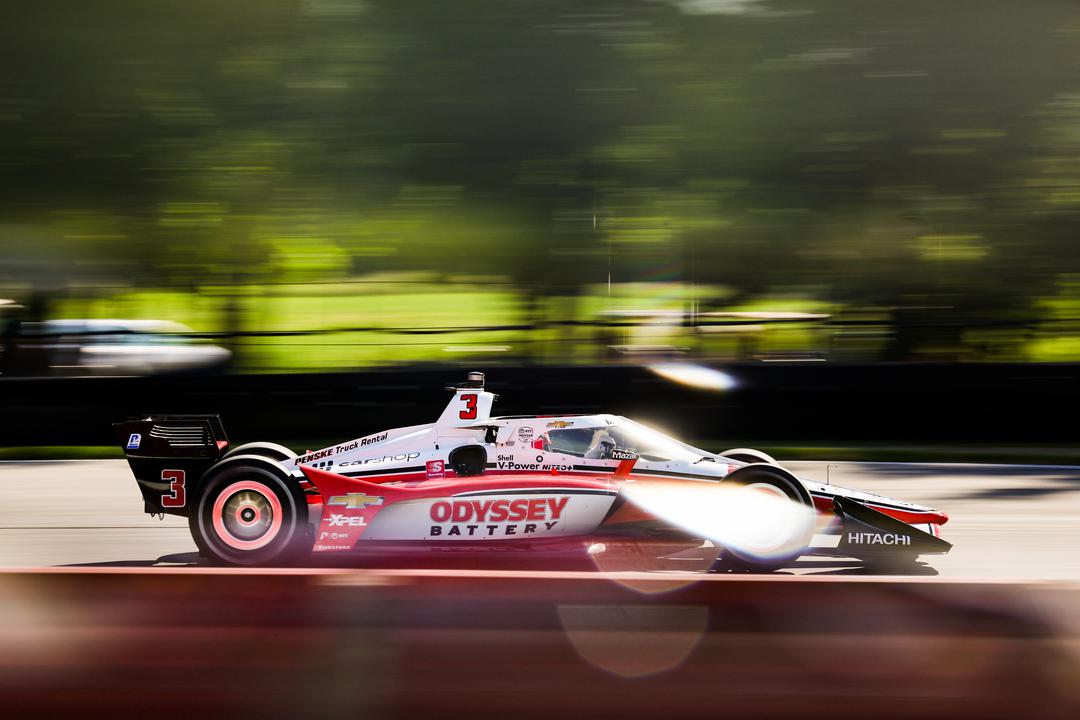 Scott McLaughlin believes his return to the front row of an IndyCar starting grid had been coming for some time.

The Team Penske driver qualified on pole for Race 1 of the season at St Petersburg but had not been in the front row since Race 2 at Texas Motor Speedway.

That changed when he qualified second for tomorrow’s 80-lapper at Mid-Ohio, at 0.1328s behind McLaren SP’s pole-sitter, Pato O’Ward.

McLaughlin arrived at Event 9 of the season in ninth position in the series, and the starting berth at the tight Lexington circuit is a major boost to his title hopes.

“We’ve had this coming for a while,” said the three-time Supercars champion.

“We felt like we had a reasonable pace and we’ve been wanting to sort of build on that, bit by bit, and to finally nail that in qualifying and get through to that Fast Six, and keep going, was nice.

“And to compete for pole and be as close as we could to Pato was fun.

“So, really, really pumped for tomorrow. It’s all about qualifying here in some ways, so I look forward to hopefully starting off good and getting on with it.”

A road course or street circuit qualifying session typically plays out with drivers running a set of new alternate tyres on their second runs in each of Rounds 1 and 2, before either reusing a set or taking new primaries for the business end of the Fast Six, should they make it that far.

McLaughlin, however went with the slightly unusual strategy of starting his second round on used reds, and the reference he got then left him somewhat surprised at being able to crack a 1:06.8382s when he ran the other used set in the Fast Six.

“I didn’t quite nail Turn 12, which is the first turn [after the alternate start-finish line for qualifying], and then at Turn 2 I went really deep and probably cost myself a little bit of time there,” admitted the #3 Chevrolet pilot about his ultimate qualifying lap.

“Anyway, I deliberately told the guys, ‘Don’t tell me the time that I’m chasing, just let me drive,’ and that sort of worked out well.”

McLaughlin was the only Penske steerer to make it past Round 1 of qualifying, with Will Power penalised and Josef Newgarden not setting a lap fast enough to get out of Group 2.