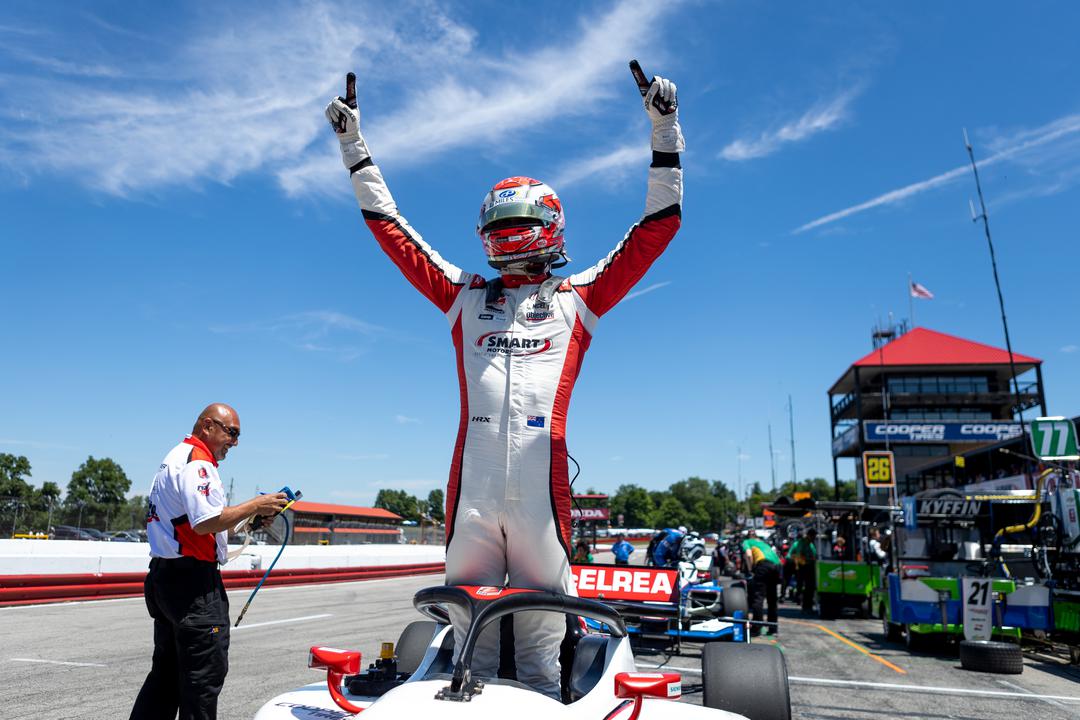 Hunter McElrea has qualified on pole position for the Mid-Ohio Indy Lights race by a healthy margin.

The New Zealander, who was also quickest in both practice sessions, then made sure of his place at the very front of the grid with a 1:12.1926s.

“We were P1 almost the entire session. I started getting a little sloppy at the end.

“I can’t tell you how fun it is when you drive a car this good around Mid-Ohio. I love this place. We’re back where we belong.”

Sting Ray Robb (Andretti), who is second in the Indy Lights standings at an 82-point deficit to Lundqvist, is set to start from sixth.

McElrea’s pole is the second of his rookie season after also qualifying fastest at St Petersburg, but he is still chasing a victory after crashing while leading that first race of the season.

The 22-year-old said of tomorrow’s 35-lapper, the eighth race of the season, “It’s pretty obvious what I’m going to plan on.

“We’re pretty dominant all weekend, so I don’t see why we shouldn’t keep that pace in the race.”