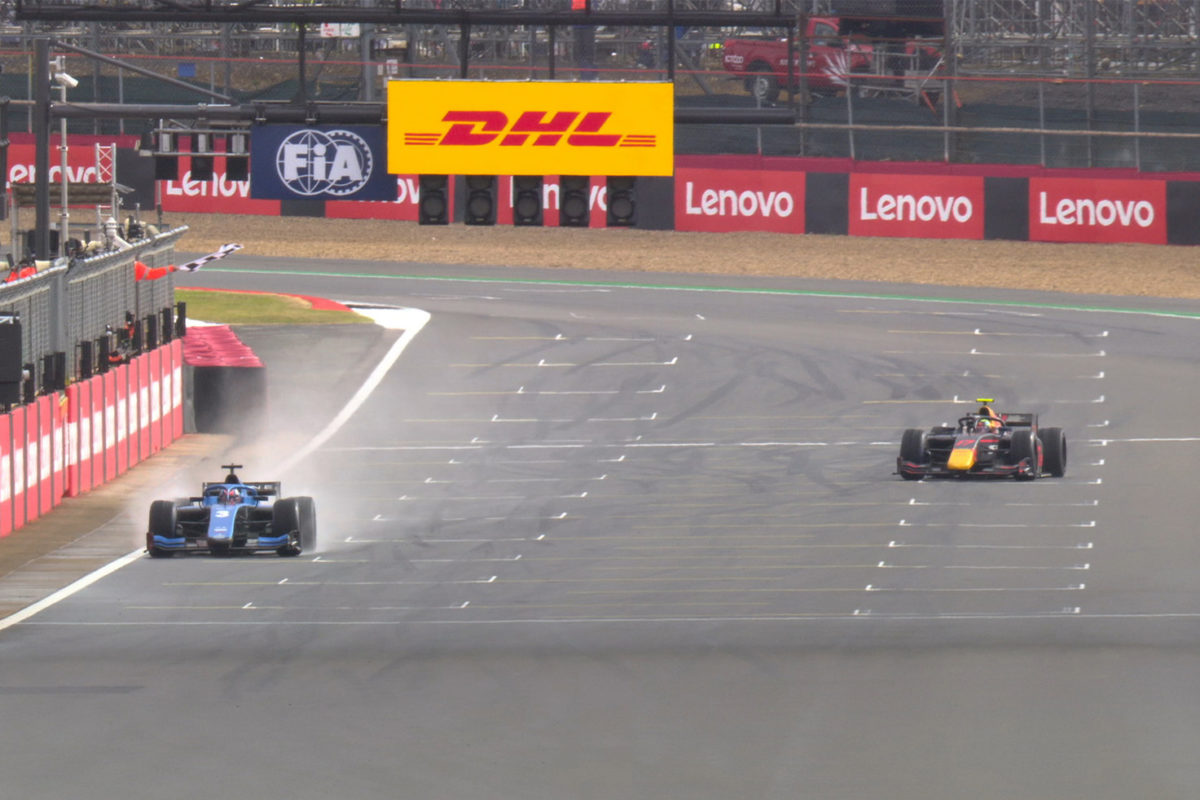 After nursing his tyres in the opening laps, the Australian soon moved from third to first, quickly building a decisive advantage.

He then withstood intense pressure from the hard charging Ayumu Iwasa in the closing stages to take the chequered flag by less than a second after 20 laps of racing.

The race began with a rolling start following two laps behind the Safety Car after officials deemed it too wet to hold a standing start, pole-sitter Jehan Daruvala heading.

The Red Bull junior held a nervous 0.5s advantage after the opening lap over Enzo Fittipaldi, who in turn had Juri Vips for company.

On Lap 4, Doohan attacked Vips ahead, but was unable to make the move stick as the Australian fell back inline behind in fourth.

He did so for only half a lap as he stole the spot away at the start of Lap 5 into The Loop, Ayumu Iwasa also demoting the Estonian soon after.

Doohan climbed another place a lap later as Daruvala slipped behind both Fittipaldi and the Australian, who went on to claim the race lead soon after as Fittipaldi ran wide at The Loop on Lap 7.

Once out front, Doohan quickly extended a comfortable 2.4s lead as his nearest rival began struggling for grip.

Such were Fittipaldi’s woes that he ran wide at Copse, opening the door for Iwasa to walk through into second.

Midway through the race, Vips picked up a five second penalty for abuse of track limits, the front row starter having previously been warned with the black and white flag.

Doohan extended a 4s advantage over Iwasa at the halfway point, only for that to ease back slightly before stabilising – opening out at points before reducing again.

That began to erode however in the final laps, Iwasa having seemingly saved his tyres for a final push.

Having set the fastest lap of the race on Lap 17, the Red Bull youngster reduced the gap by a second and was almost within touching distance of Doohan.

The pair were split by just 2.1s as they began the final lap, but the charging Japanese driver ran out of time.

Doohan hung on to claim his maiden FIA Formula 2 race win by just 0.932s, with Fittipaldi completing the podium.

Formula 2 is back in action with the Feature race, for which Doohan will start seventh, at 19:05 AEST on Sunday evening.