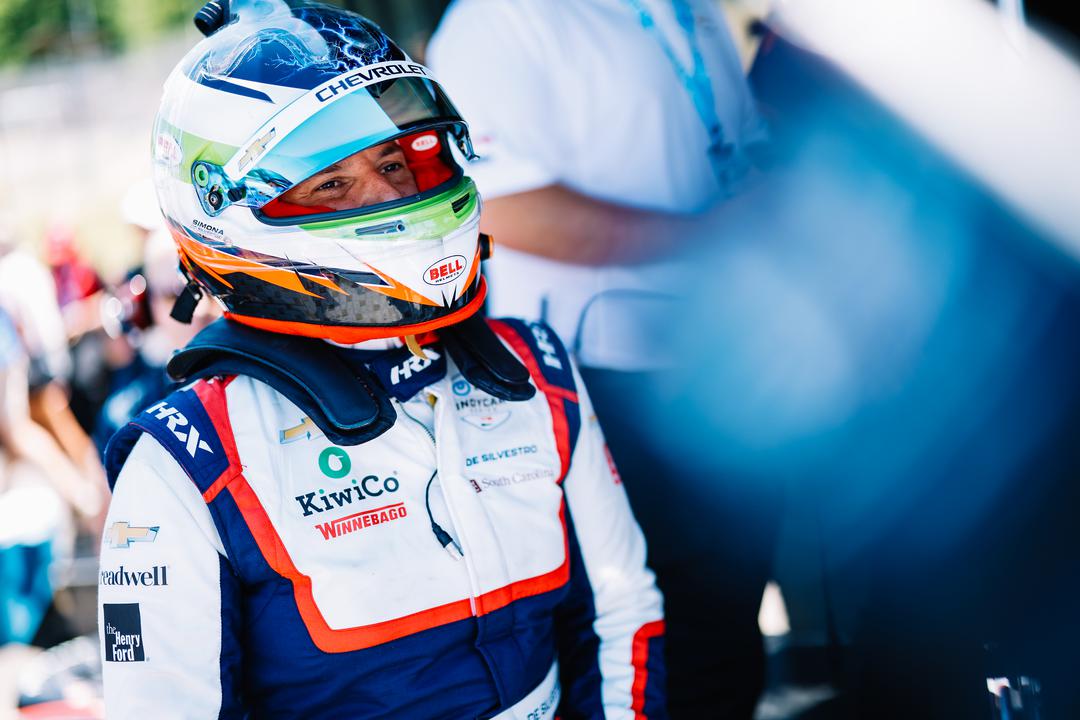 Simona De Silvestro admits she is still coming to term with IndyCar’s alternate tyre compound after qualifying 25th at Mid-Ohio.

It continues a theme from her return to the series in the previous event of the season, three weeks earlier at Road America, when she declared her qualifying showing “terrible” as she struggled to get the most out of the tyres with the red sidewalls.

Then, however, De Silvestro did move forward from dead last on the 27-car grid to finish on the lead lap in 21st position, a performance which left her encouraged.

The Paretta Autosport driver was also feeling somewhat upbeat about Qualifying at Mid-Ohio, too, despite ending up on Row 13.

This time around, she was 0.2551s slower than the second-slowest car in her group, compared to 0.7899s at Road America, which is admittedly an approximately 60 percent longer lap in time terms.

“I think we improved quite a lot,” said De Silvestro.

“I did not maximise the red tyre in qualifying. That’s something I really need to put my head into and figure out for Nashville.

“We do have a good race car. I think we can definitely have consistent pace and move forward.”

The red tyre has caused surprises for others this weekend, including fellow former Supercars driver Scott McLaughlin.

He qualified on the front row by setting a 1:06.8382s on used rubber, less than three tenths of a second slower than he had been on new alternate rubber in Round 2.

There was also little confidence about how many laps it would take to turn the reds on even for two-time IndyCar champion Josef Newgarden after Friday practice, due to the influence of the weather and traffic.

The Mid-Ohio event is De Silvestro’s second of a slated three this season, the other being the Nashville street race in August.

Then, the red tyres will turn literally green, with Firestone changing the sidewall colour to match the switch to production from natural rubber.

Race start at Mid-Ohio is scheduled for Monday morning at 02:53 AEST, with Stan Sport’s live and ad-free coverage commencing at 02:30.