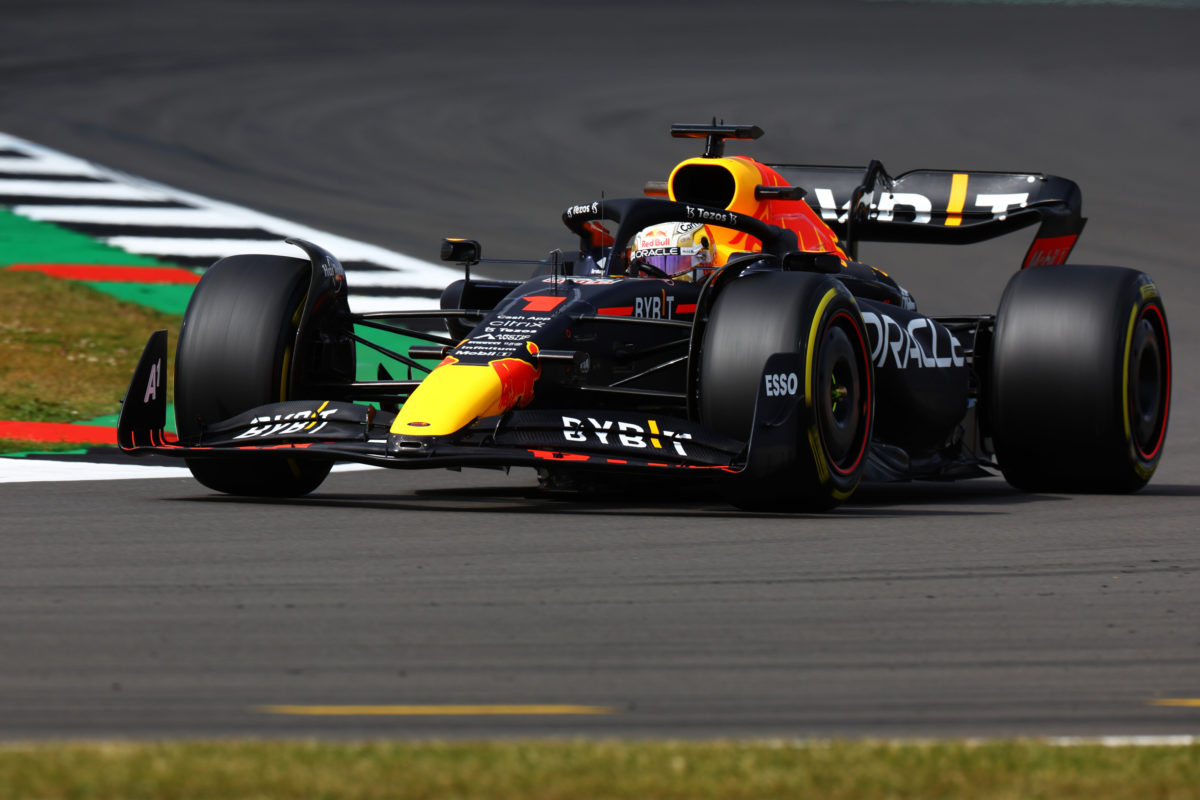 The Dutchman was fastest by more than 0.4s over team-mate Sergio Perez in a session that suggested Mercedes is in play come the race.

While Verstappen was comfortably clear of the pack, there was little between Perez and Charles Leclerc in third, while George Russell was less than 0.1s further back.

Indeed, the top three teams, Red Bull, Ferrari, and Mercedes, were seemingly within touching distance of one another, and well clear of the chasing pack headed by Lando Norris.

Conditions were dry but cool as the session began, the track some 10 degrees cooler than it had been on Friday.

Traditionally, Free Practice 3 witnesses something of a slow start, but with the lack of running in opening practice yesterday, a number took the opportunity afforded to them.

The medium and soft tyres were the preferred rubber, though some headed out on the hards, it was to do nothing more than circle around for an installation lap.

Their time at the top was brief as both Leclerc and Carlos Sainz both went faster, the former lowering the outright pace to a 1:29.452s.

A notable difference was McLaren had fitted the medium tyres, while the Ferrari duo had the softs.

After a difficult Friday in which he struggled to find a good balance with his car, Perez went third fastest, 0.177s down on the outright pace.

Encouragingly for Mercedes, Lewis Hamilton went third fastest with a 1:29.775s, quickly bettered, but only just, by George Russell with a 1:29.757s.

Verstappen waited until 20 minutes had elapsed before setting his first flying lap, logging a 1:28.541s, giving him a comfortable 0.4s advantage.

Mercedes’ apparent pace was further underscored when Hamilton moved up to second fastest with a 1:29.697s.

That left him just over 0.1s down on Verstappen, until the Dutchman improved.

Importantly, Mercedes didn’t appear to be suffering from the bouncing that has plagued it throughout 2022, a point noted by Russell over the radio.

There was a sizeable gap between the leading six runners and Fernando Alonso in seventh, with more than 0.5s separating the Alpine driver from Perez ahead.

Alonso and team-mate Esteban Ocon were in something of a no-mans land after their qualifying simulations – some way off the top six, but 0.5s clear of Valtteri Bottas in ninth.

However, not all had shown their one lap pace, with neither McLaren driver having yet completed a soft tyre run.

On his qualifying simulation, Norris recorded the seventh best time, a 1:29.102s, a time for which Ricciardo seemingly had no answer, the Australian managing just a 1:30.293s.

Perez was clearly happier with his Red Bull, slotting in second fastest with a 1:28.311s.

The session ended without significant change to the order, Verstappen fastest from team-mate Perez.

Leclerc was third best, then came the two Mercedes, Russell ahead of Hamilton, with Sainz rounding out the top six.

Qualifying is up next with cars returning to the track at midnight AEST.