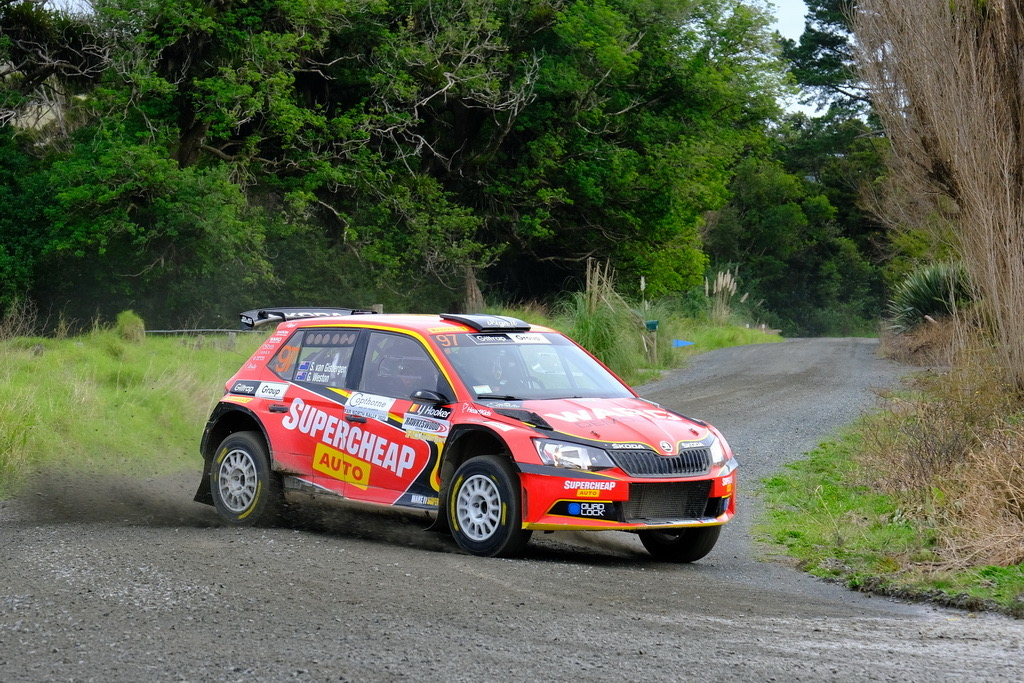 Shane van Gisbergen has taken victory in the Far North Rally, in his native New Zealand.

The two-time Supercars champion prevailed by a total of 2:20.3s after the eight stages totalling 152.7 competitive kilometres around the top of the North Island.

Van Gisbergen, navigated by Glen Weston, finished second in the Waiare special stage which opened the event by a margin of 2.9s to Ben Hunt, but hit the front when he took out the Kohumaru test which followed.

The #97 Supercheap Auto-backed entry would not be headed again in the overall classification, winning Special Stages 3, 4, 6, and 8 also, and claiming second in all the others.

Dylan Turner finished second overall, both outright and in Class D (1601cc and over 4WD), in an Audi S1 AP4, and Todd Bawden took third in a Ford Fiesta R5 Mk II, while Hunt (Skoda Fabia Rally2 Evo) was not classified after retiring from SS3 with a mechanical issue and rejoining in SS5.

Van Gisbergen was piloting his now usual rally ride, that being the same Skoda Fabia R5 which he is set to drive in his World Rally Championship debut back in New Zealand in September.

It was also that car which he took to second overall in Round 1 of the 2022 RSEA Safety Motorsport Australia Rally Championship, April’s National Capital Rally in Canberra.

The Far North Rally outing continues a busy period for the Kiwi, who has competed in vastly different machinery and disciplines on opposite sides of the globe in a matter of weeks.

Driving a Ferrari 488 GTE Evo, he finished fifth in the GTE-Pro class of the 24 Hours of Le Mans on June 12 (local time), then was at Darwin’s Hidden Valley Raceway on the following weekend to compete in the Repco Supercars Championship.

After a trip across the ditch for the Far North Rally, he is back in the tropics next weekend to once again drive the #97 Red Bull Ampol Racing ZB Commodore in the NTI Townsville 500.

Van Gisbergen currently leads the championship by 214 points, with Practice 1 at the Reid Park Street Circuit starting this coming Friday at 10:10 local time/AEST.