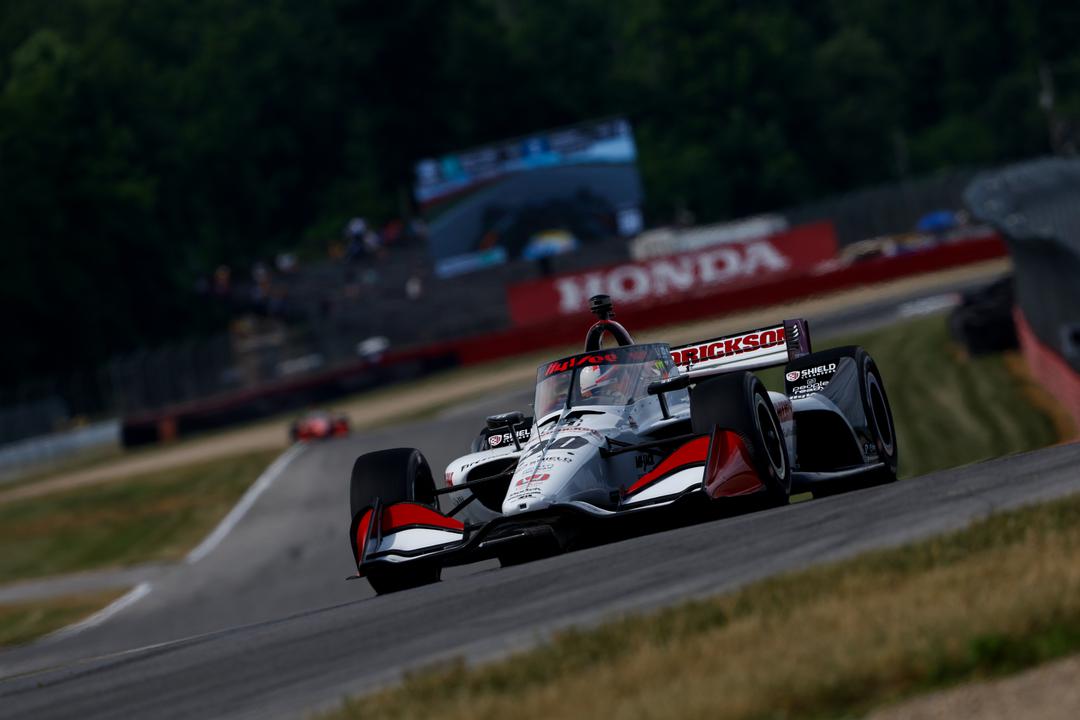 Traffic management is set to be a significant factor in qualifying for IndyCar’s Mid-Ohio race, if opening practice is any indication.

While 75 minutes were set aside for the first session of the weekend, the tyre allocation meant drivers still converged in their run plans.

Finding space on the twisty, 2.258-mile (3.634km) track thus proved, not unexpectedly, to be a challenge for the 27 steerers, especially in the latter 15 minutes or thereabouts, when most had switched to the alternate tyre compound.

That was the case even for those who finished towards the top of the classification, such as Felix Rosenqvist, who was third-fastest.

“Ending the session P3, I think we were competitive on the red tyres.

“Like always, the session was just messy, so we will go back and see what happened.

“But, this was a positive start to the weekend.”

One position behind Rosenqvist on the timesheet was Colton Herta, who had a similar tale to tell.

“Same story for everybody, but traffic seems to be a big problem with getting clean laps and putting down a good lap time,” recounted the Andretti Autosport pilot.

“Luckily, my red run was relatively clean – I was happy with that – and then every other run was pretty messy.”

Even Team Penske’s Josef Newgarden, who set the very fastest lap of the session by a margin of more than two tenths of a second over the field, said his was “a messy run” on red tyres and hence is still unsure of how quickly the alternate compound can be turned on.

While each segment of qualifying was extended by two minutes in the most recent event of the season, at Road America, the Elkhart Lake circuit is a one-off in that regard, due to its 6.515km length.

At Mid-Ohio, it will still be 12 to 14 cars on track in each of the first two segments of qualifying with just 10 minutes to chase a lap time.

Another hour-long practice session is coming up tonight at 23:30 AEST, before qualifying tomorrow morning from 04:45 AEST.

Both sessions can be seen live and ad-free on Stan Sport.