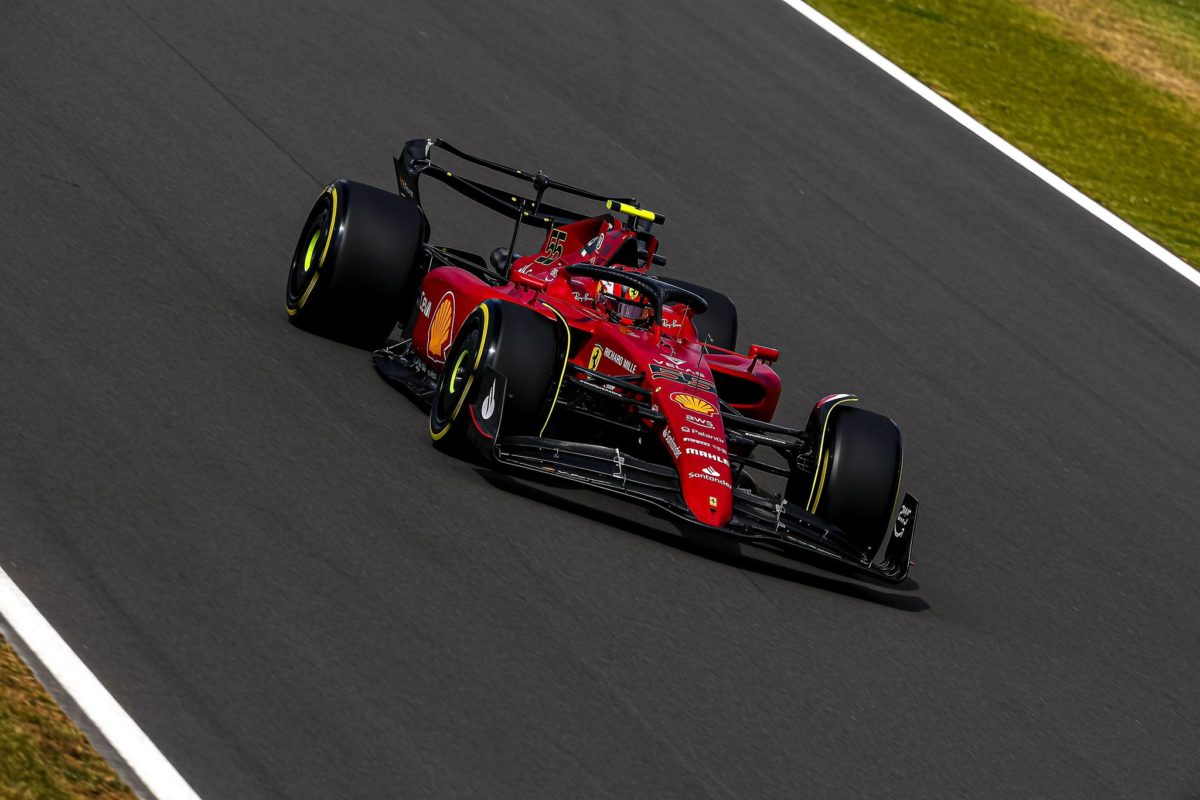 The Spaniard made the most of improved conditions to log the best time of the day during his qualifying simulation run.

It left him atop the timesheets from Lewis Hamilton and Lando Norris, championship leader Max Verstappen fourth best.

A dry track made for a busy start given the limited running seen due to mixed conditions in Free Practice 1 earlier.

A mixture of tyre compounds were in use, Williams and Alpine selecting the soft tyres for their cars.

It was little more than a sighter as Valtteri Bottas, Yuki Tsunoda, and Esteban Ocon soon went faster.

A stiff breeze was proving difficult to manage, pushing drivers into the opening corner, Abbey.

It also proved something of a cross-tail wind as they turned into Copse, while gusts catching a number of drivers out throughout the session.

The timesheet was constantly changing, with Leclerc again moving to the top on a 1:29.639s as Sergio Perez slotted in fourth, 1.1s down on the outright pace.

At Williams, the team had coated Alex Albon’s right-hand sidepod with flo-viz paint.

The team was working to understand its new upgrade package, which is so significant it effectively amounts to a b-spec car.

After a busy opening 20 minutes, the track fell silent but for Bottas and George Russell.

Mercedes was still struggling with porpoising despite introducing a new floor among other developments this weekend.

In-keeping with standard practice, midway through the session, teams began to focus on single lap pace.

That saw Norris go fastest with a 1:29.118s, almost 0.7s clear of Russell’s comparative effort on the red-walled tyre.

Sainz soon went quicker with a 1:29.014s, though that time came despite running wide at Copse.

Replays showed the Spaniard was suffering from porpoising, reporting as much to the team over the radio.

Importantly, that was happening as he rounded Copse, Ferrari having typically not experienced the issue in corners previously.

Running repairs at Red Bull delayed Verstappen and Perez, the former needing new bodywork above his front wheels, and the latter suffering cracks on his sidepod.

Unusual scenes at McLaren saw the rear jack fail while lifting Norris’ car, dropping it to the ground and forcing the team to switch to a backup.

As that was happening, Hamilton shot to second fastest with 1:29.105s, the time coming after two build-up laps.

The final 15 minutes of the session saw focus again turned to long-run pace, with most but not all opting to continue on the soft compound tyres.

Hamilton and Norris both swapped, the former on mediums and the McLaren driver on hards.

The session then concluded with Sainz fastest from Hamilton, Norris, Verstappen, and Leclerc, the top five covered by 0.4s.

Daniel Ricciardo ended proceedings ninth fastest, his best a 1:29.902s some 0.8s away from his team-mate.

At Williams, Albon proved a second faster than Nicholas Latifi, suggesting the upgrade package is a step in the right direction.

A final hour of practice remains on Saturday prior to Qualifying. Free Practice 3 begins at 21:00 AEST on Saturday.