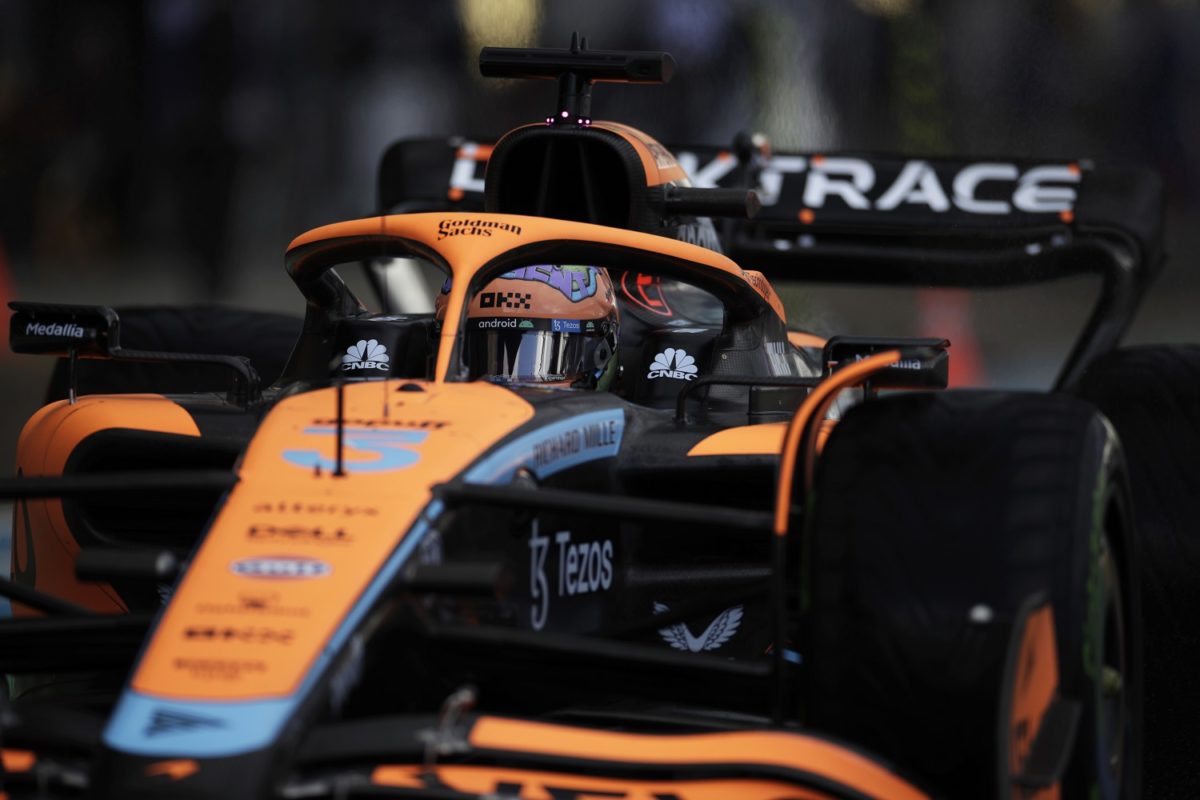 Daniel Ricciardo is happy with how his Friday went at the Formula 1 British Grand Prix despite ending the day only ninth fastest.

The Australian set a best of 1:29.902s, almost a second off the outright pace and 0.8s down on team-mate Lando Norris, who was third-fastest.

However, Ricciardo reasons that a scrappy qualifying simulation lap has left him somewhat out of position, and the outlook is actually brighter than the Free Practice 2 results suggest.

“The morning actually was, there wasn’t much going on,” he said of the mixed conditions seen in Free Practice 1.

“But the afternoon was, I guess it was more fun. We got out there, had a little bit of fun.

“With the hard it was looking alright and then with the soft I didn’t really put the greatest lap in the world together.

“It’s early, we just have obviously one session, but for the only dry session of the day I think we’re alright.”

“I’m optimistic that we can do alright tomorrow,” he added.

“I think P3 [Free Practice 3] sounds pretty wet at this stage and then might dry for quali.

“In any case, I think we’ll be right, and then Sunday will be sunny.”

Though faster, Norris was more reserved with his judgement of the day, branding his car “sketchy”.

“The wind conditions made it extremely difficult,” he said.

“So as good as it looked, it’s still difficult to put things together and to be consistent and so on, especially in the long run.

“The car seems to be in a decent place, at least a little bit better than we were expecting. Whether that’s good or not, or whether it’s because we’ve turned up more than the others, we don’t know.

“As far as we know, from ourselves, things are in a good area and we can find some improvements.”

McLaren sits fourth in the constructors’ championship, just eight points clear of Alpine which has with it a new floor, engine cover, and front suspension this weekend, all of which are considered performance upgrades.

By contrast, Ricciardo’s MCL36 only sports a circuit-specific rear wing and some cooling louvres.

Further down the pit lane, there are sizeable updates at Aston Martin, and what effectively amounts to a b-spec car for Alex Albon at Williams.

Mercedes too has a slew of upgrades, including new floor, rear wing, and front suspension among others.

Free Practice 3 gets underway in Silverstone at 21:00 AEST tonight.