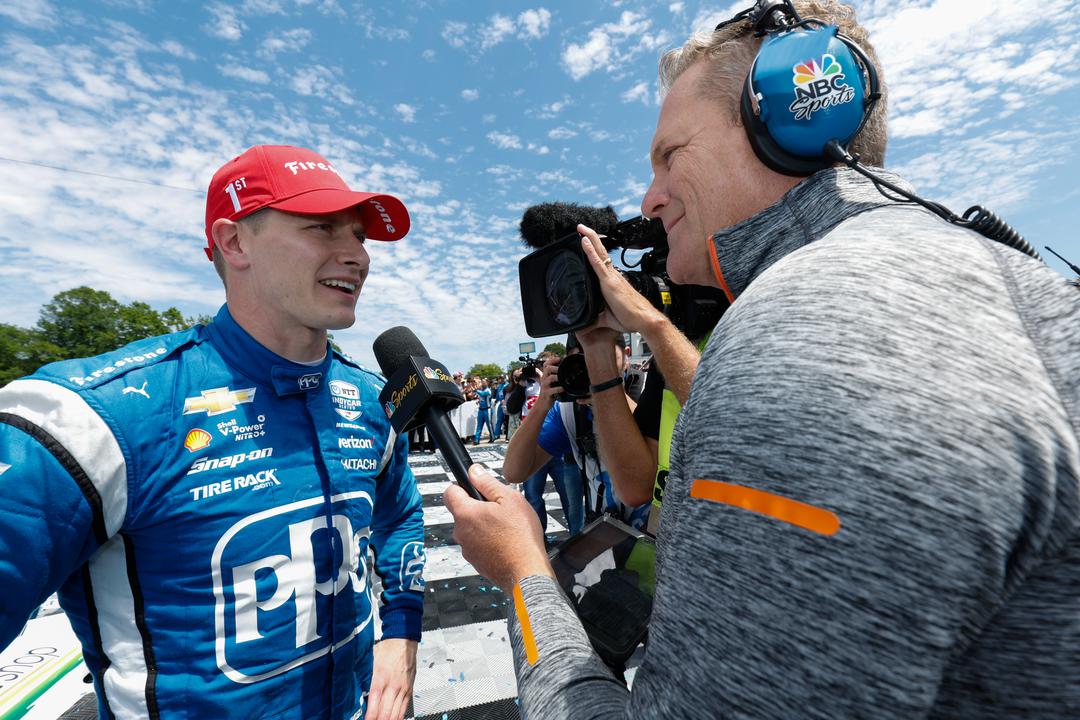 IndyCar Practice 1 pace-setter Josef Newgarden admits he was “roasting” in the cockpit at a hot Mid-Ohio Sports Car Course.

The Team Penske driver’s 1:07.0549s was the fastest lap of the 75-minute, Friday afternoon (local time) session, although he looked less than fresh after hopping out of the #2 Chevrolet.

With the ambient hitting 33 degrees Celsius, and the track 52, Newgarden was indeed very quick to get out of his car.

“I rarely have been this warm in the car. We’ve had some hot days – it’s not like this is an abnormal weather day for us – but I just felt like I was roasting inside the car.

“I got out as quickly as I could as the session was done.”

According to the 2021 Mid-Ohio race winner, track grip was low, although that is probably a function of both the new-for-2022 road course tyre and the temperature.

“I think the temp definitely made the track grip low. It felt very difficult to drive the car today, to bring it up to temperature.

“Firestone has a new tyre here from last year and it’s tougher to bring up to temp, it feels like a little less grip.

“I think some of that is also just the ambient and the track temp that’s causing that but I’m relatively happy.

“I think our car was good off the truck, relatively; you know, it is all relative.”

All but two drivers set their fastest lap of Practice 1 on alternate tyres, with Newgarden finishing 0.2061s ahead of second placed Alex Palou.

Practice 2 starts tonight at 23:30 AEST, ahead of Qualifying on Sunday morning at 04:45 AEST, with both of those sessions live and ad-free on Stan Sport.