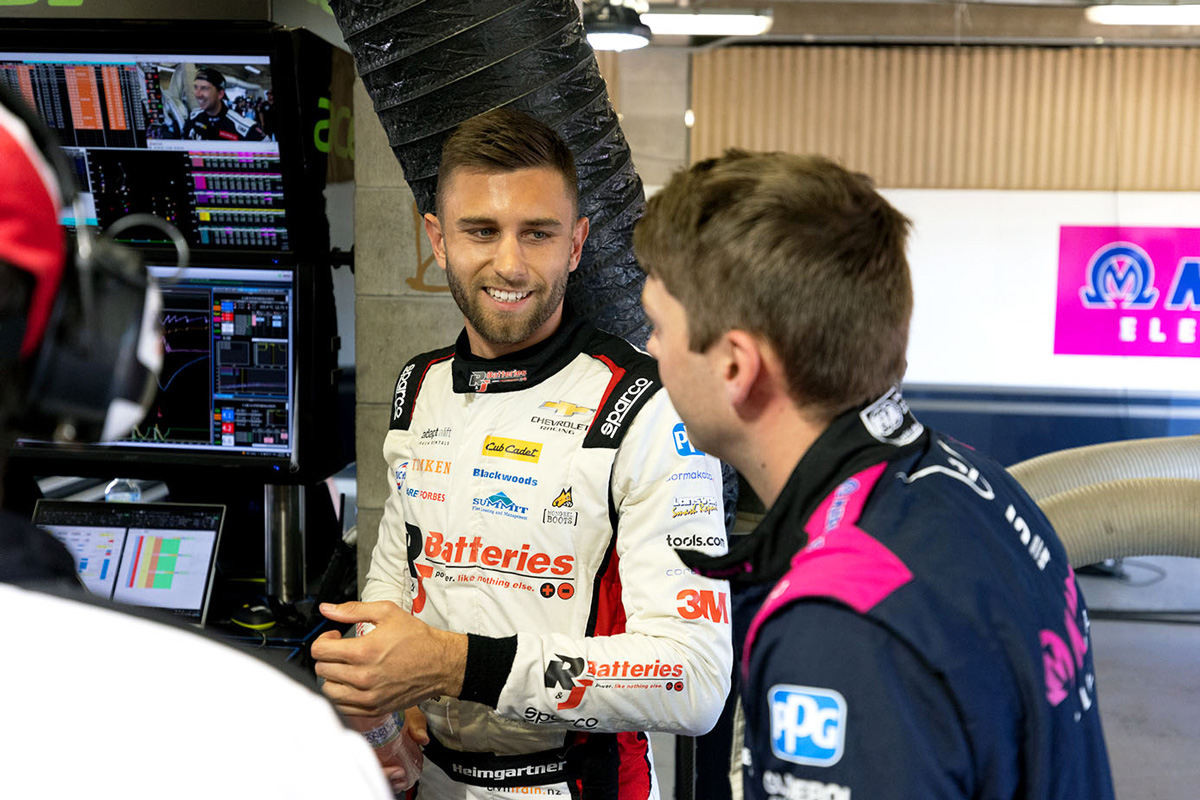 For a time, Andre Heimgartner could have been forgiven for scratching his head as to whether he’d made an error of judgement.

The Kiwi was one of the surprise movers of the most recent off-season, jumping ship from Grove Racing to replace Nick Percat as Brad Jones Racing’s long-term spearhead.

Following a bumpy couple of rounds, Heimgartner left Round 3 at Albert Park buried down in 18th in the championship while the team he’d just departed had taken four podiums from as many races.

But since then the tide has turned, with Heimgartner on a nine-race top 10 finishing streak (including two podiums), consisting of every leg of the Perth, Winton and Darwin rounds.

“I think you always have to a certain extent that, when you leave an ex and they find someone else and you look back and you’re like ‘oh shit maybe I still like them’ or whatever,” Heimgartner laughed to Speedcafe.com.

“But I think I was still sound with my decision. I had my reasons so I didn’t regret it or think ‘oh now they’re going good’.

“I always knew they would get their stuff together; they have got some really good people onboard in that team and to think that they were never going to be really competitive with Dave [Reynolds] driving would be naïve.

“I always knew that was going to be the case but I also knew BJR had the potential and obviously Nick got great results in the car before, so I knew I just had to work hard and put my head down and it would all sort itself out.

“Now we’re basically on even par with Dave with our results for the last little while so I think we’re pretty happy where we are now.” Sure enough, Heimgartner is up to ninth overall and hot on the heels of Erebus Motorsport’s Brodie Kostecki.

“I think the car speed was always there – at the first round, the first race I qualified fourth I think it was,” said the #8 R&J Batteries driver.

“So the car speed has always been there, we just had a few issues with the car at a couple of rounds, a bit of bad luck, and it’s often hard to stop the snowball whether it’s going down or up.

“And for a couple of rounds there, we just had a couple of things happen that obviously some were in our control and some weren’t and the snowball was going down and now it seems to be going the other way, which is really good.

“We sort of had to find our way I guess with everything like that and all of the combinations with the driver, the engineer, the car, all that sort of stuff, just to find the happy zone of where we are now.”

The 27-year-old has further entrenched himself as a leader at the four-car squad by taking charge on helping team-mate Bryce Fullwood, who showed signs of emerging from a slump at Hidden Valley last month.

“I have just been doing what I can to help young Bryce,” said Heimgartner.

“He’s obviously fresh in the team and it’s only his third year [in the main game] I think so he is still working it all out but he is a good young kid and I think he made some good steps at Darwin.

“It was great to see him in the Top 10 Shootout and a lot closer to where he needed to be and I’m hoping he can be a good asset for the team and myself with set-up going forward because he’s definitely a young talented guy.”

The Repco Supercars Championship season continues with the NTI Townsville 500 on July 8-10.