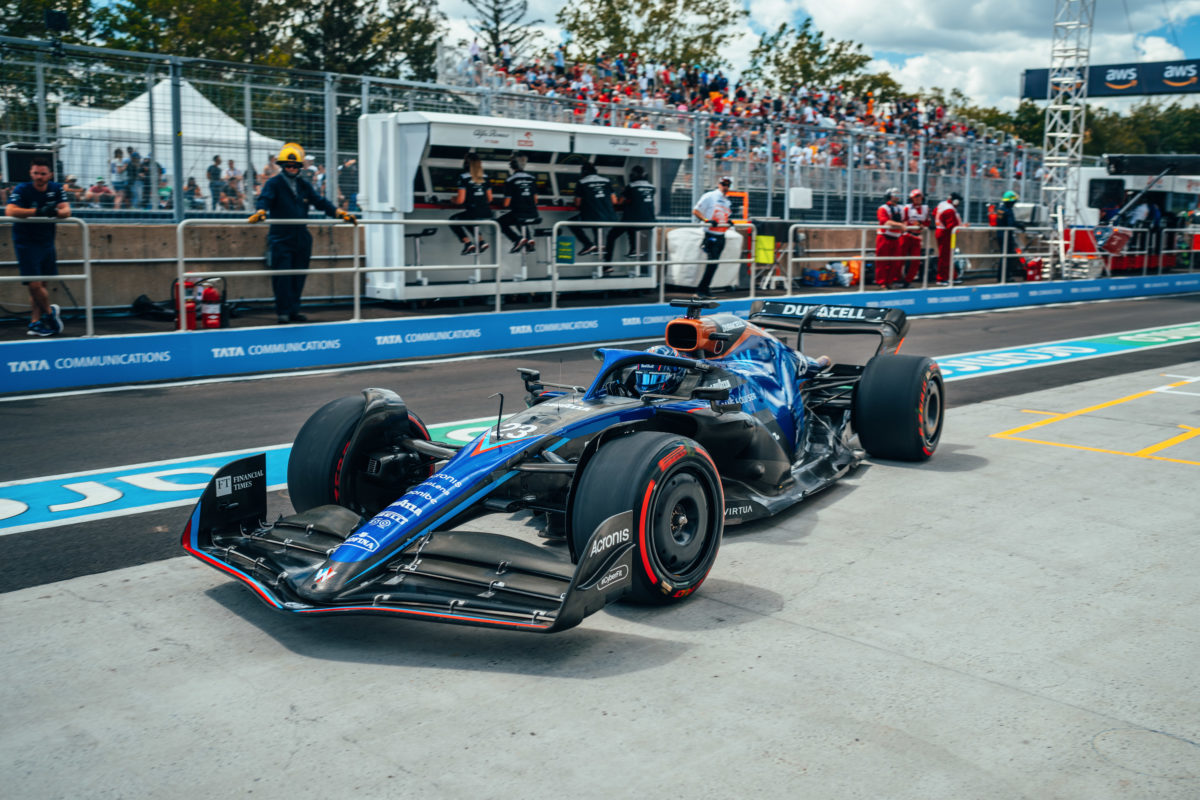 Nicholas Latifi had admitted he’s frustrated that his car will not boast the latest upgrades at this weekend’s Formula 1 British Grand Prix.

Williams will field two notably different specification cars at this weekend’s event with Alex Albon will have an upgrade package fitted to his car.

Meanwhile, Latifi will continue with the same spec parts as used in Canada.

It marks the first significant upgrade Williams has brought to its car thus far in 2022, with only one set of parts available.

“It is a sizable difference,” Latifi said.

“Even though it’s not on my car, I’m hopeful that it’s going to be quite a big difference.

“And I think in a few races I’m supposed to get it – so won’t be the next race either, which is obviously a little bit frustrating from a driving side of things.

“But I’m going to be watching with a keen eye to see what it brings to the other car.”

Latifi has had a difficult start to 2022 as he’s comparatively struggled to get the most out of the FW44.

He remains one of just two regular drivers yet to score a point, and in the championship standings is officially classified behind Aston Martin ring-in Nico Hulkenberg who competed only the opening two races of the season.

Albon has scored all three of Williams’ points to date, giving him priority when it came to receiving the upgrade first.

“I think it’s a fairly standard thing when the upgrade’s available for one car, so not surprised that the upgrades on his car,” Latifi noted.

“From my side, I would have liked there to be two sets of upgrades, especially as it’s obviously been our first upgrade of the season.

“From where we started, it’s obviously felt like quite a long time because it was clear we were not where we wanted to be, performance wise.

“Would have been nice to have two sets, but just need to be a bit more patient on my side.”

On track action in Silverstone begins tonight from 22:00 AEST.