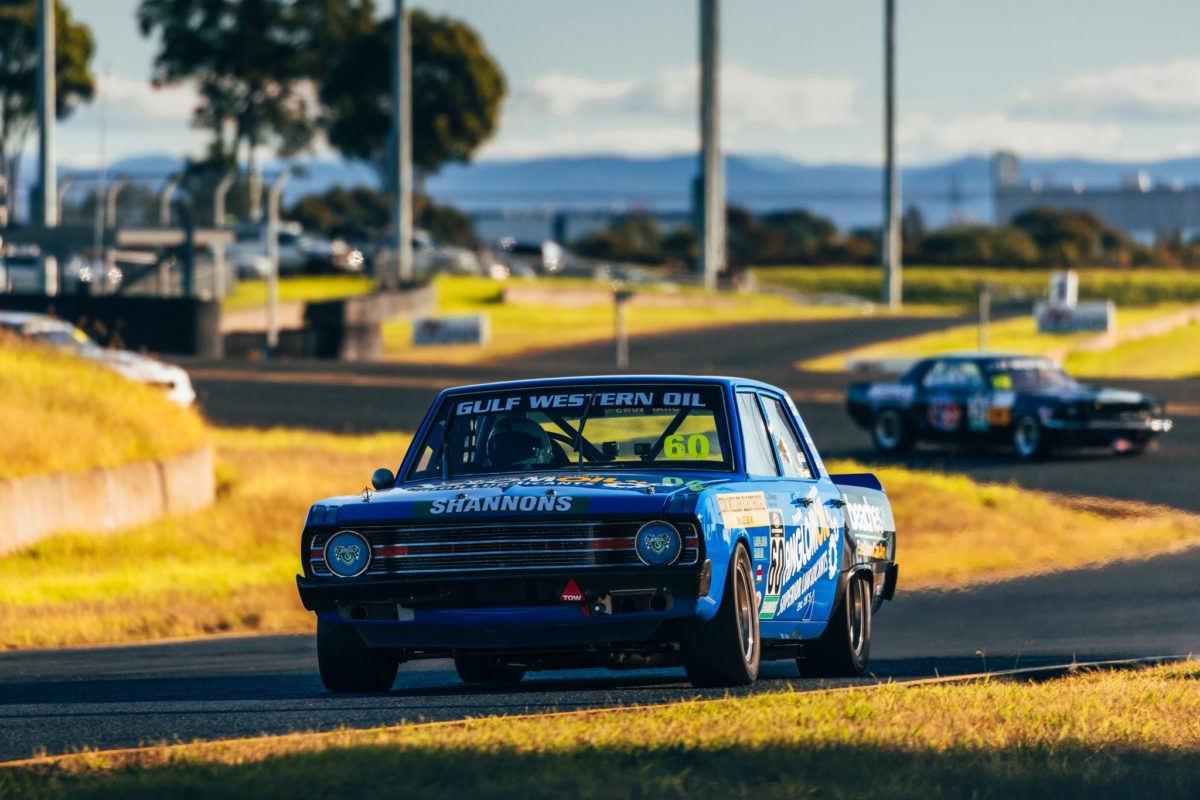 Cameron Tilley’s Valiant Pacer has had its rev limit cut ahead of next week’s Townsville round of the Gulf Western Oils Touring Car Masters series.

Speedcafe.com has obtained the Weight and RPM Register for Round 3 of the season, which shows that Car #60 will be subject to a rev limit of 7500 RPM.

That represents a drop relative to the 7800 RPM limit which applied for Round 2 at Sydney Motorsport Park, even before the Success Adjustment for winning Race 3 that weekend is accounted for.

With the 100 RPM Success Adjustment applied, Tilley’s blue Pacer will be limited to 7400 RPM in North Queensland.

Success Adjustments are entirely non-discretionary changes which all competitors are subject to if they happen to win a Series Race (ie not a Trophy Race), although the magnitude and type of adjustment varies depending on size and specification of engine.

What is notable is the additional, 300 RPM reduction, which brings Car #60 somewhat back into line with similar vehicles in the field.

Tilley’s Pacer is fitted with a six-litre V8 engine, and the car is subject to a minimum weight of 1450kg.

By way of comparison, the Whiteline Racing Camaros, one of which was driven to victory by George Miedecke in Round 1 in Sydney, both have 5.8-litre engines, minimum weights of 1500kg each, and are both limited to 7500 RPM.

The Ian Woodward-owned Chevrolet Camaro which Cameron McConville drives is exactly the same on those three metrics, as is Tony Karanfilovski’s Ford Mustang Trans Am, for example.

The Tilley Pacer, a popular car with fans in part due to its NASCAR-like sound, had therefore been something of an outlier so far as the Weight and RPM Register was concerned.

It continues to enjoy a 50kg weight advantage over the aforementioned cars, but is now limited to the same maximum RPM (before application of Success Adjustment).

John Bowe, who won two races last time out at SMP in a Holden Torana SL/R 5000, is limited to 7800 RPM once his Success Adjustment of 200 RPM is applied.

Success Adjustment is covered in Article S16.2 of TCM’s Sporting & Technical Regulations (See below for extract).

For each one to two Series Race wins (outright), a car loses 100 RPM up to a certain point, after which weight is added instead.

Those Success Adjustments are reversed, on a last-in-first-out basis, when a driver is placed fourth or worse (outright) in a Series Race.

With Miedecke winning the latter Series Race in Round 1 at Sydney, he took a 100 RPM adjustment into the Shannons Motorsport Australia Championships event at the same circuit.

Bowe won Race 1 of Round 1 but then finished sixth in Race 3 (noting the other was cancelled due to flooding of the circuit), before taking victory in Races 1 and 2 of Round 2.

Despite being hit with a controversial grid penalty for a breach of tyre marking regulations, he then charged from 11th to second in the Round 2 finale, and hence retains the cumulative 200 RPM adjustment for Round 3.

Miedecke, however, was a DNF in Race 3, meaning the 100 RPM adjustment is scrubbed for Car #85.

Meanwhile, the Weight and RPM Register shows that Andrew Fisher will compete with a minimum weight of 1370kg and rev limit of 8000 RPM in the Holden Torana A9X which he will drive in Townsville.

The V8 Utes-turned-TCM regular has switched from his usual Falcon ride for the time being due to handling issues which are still being addressed in the XY GTHO after a prang at Bathurst last year.

Tilley also has something of a change to get his head around in North Queensland next week, given the Pacer had a six-cylinder motor under the bonnet when he last raced up there, in 2018.

TCM has a busy Friday in Townsville next week (July 8), when Practice, Qualifying, and the Trophy Race all take place.

Three more races follow across the Saturday and Sunday. 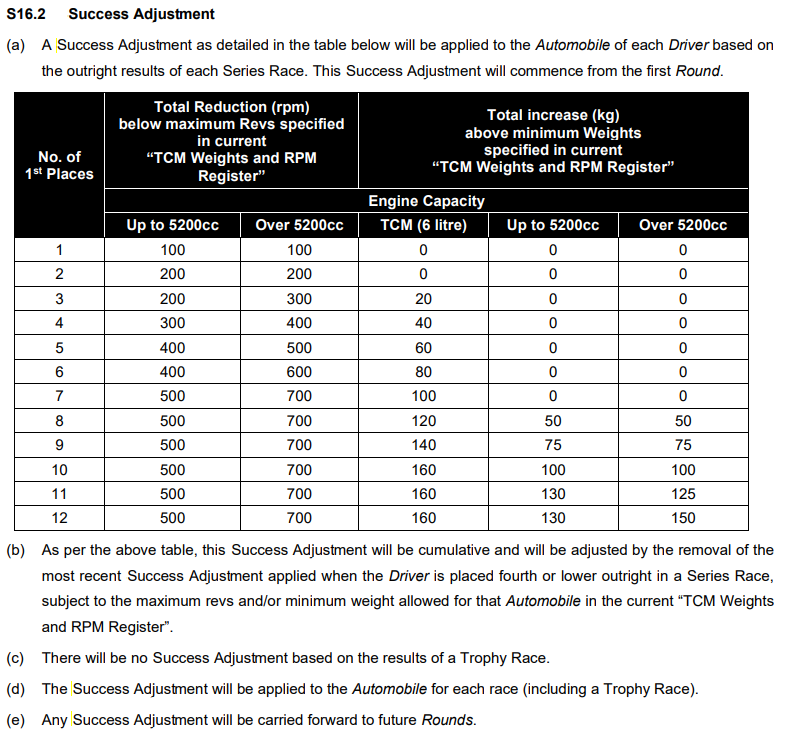