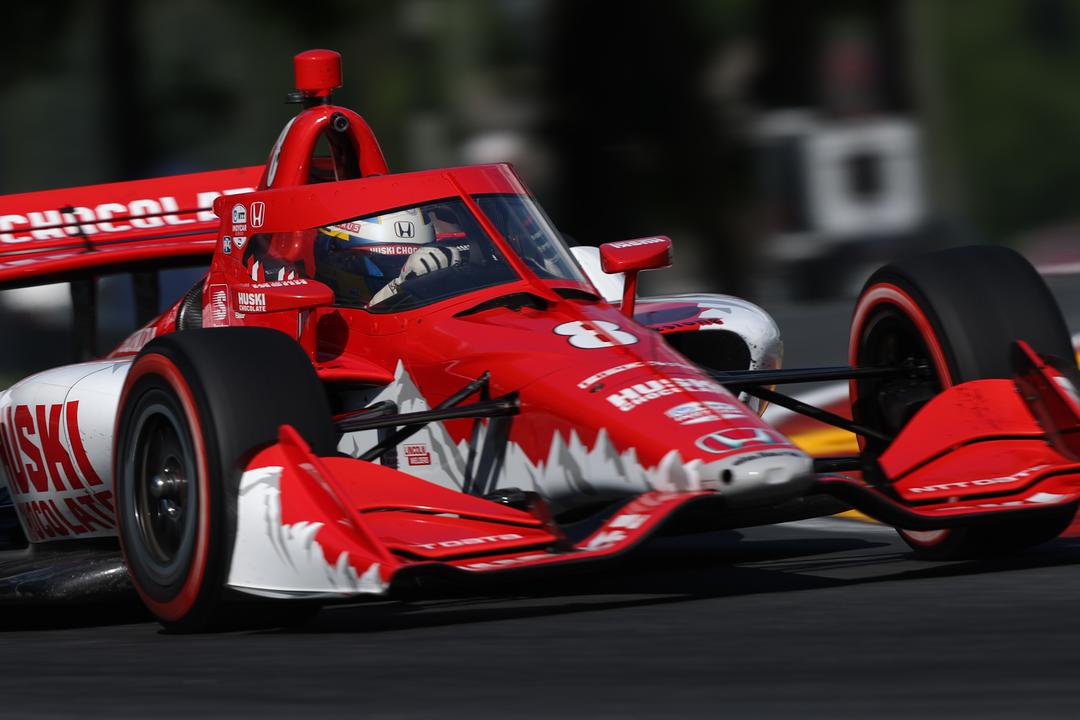 The Chip Ganassi Racing driver jumped from eighth to first in the standings when he won the Indianapolis 500, which pays double points, but was usurped by Will Power when the Queenslander won and he finished seventh a week later in Detroit.

Then, Ericsson regained the ascendancy by finishing second in a Road America race in which Power was unloaded by Devlin DeFrancesco.

In eight races so far this year, there have been five different winners and a full eight different pole-sitters.

Furthermore, the series lead has changed six times from race to race, with only McLaughlin holding it at the end of consecutive events when he finished second in Race 2 at Texas.

“It’s going to be tough all the way,” said Ericsson.

“It’s so competitive in the series at the moment; any given weekend can be a new winner.

“It’s hard to be even in the top 10 if you don’t get everything right.”

He added, “It’s going to swing a couple more times.

“It’s a matter of being consistent now, bringing home the results.”

Josef Newgarden, the only multi-race winner so far, holds a similar view.

“The landscape is not constant these days. I think 10 years ago, you used to have sort of consistent trends. When a team would find a performance edge, they would typically carry that edge across the entire year.

“Whereas now, I think people find these little edges on each other every weekend. It’s going up and down all the time.

“We say every year it’s the closest competition we ever had. Somehow it keeps getting tighter.

“It must be just the development of this car has really hit a fine point. You’re just constantly tuning little things now, millimetres of changes.

“The driving style is getting tighter, with simulators, all this stuff you can analyse. It’s impossible to hide something from the competition.”

For Ericsson, however, it is a matter of keeping up what he and the Ganassi team have been doing for the past 12 months.

“We put ourselves in a really good position now – leading – so we’ve just got to keep doing what we’ve been doing,” declared the Swede.

“The last 12 months, we were the top scorer in the championship.

“I think that says something about where we’ve been performing since Detroit actually last year.”

IndyCar races in Mid-Ohio this weekend, with Practice 1 tomorrow morning from 05:30 AEST, while Stan Sport’s live and ad-free coverage commences with Practice 2 on Saturday night at 23:30 AEST.