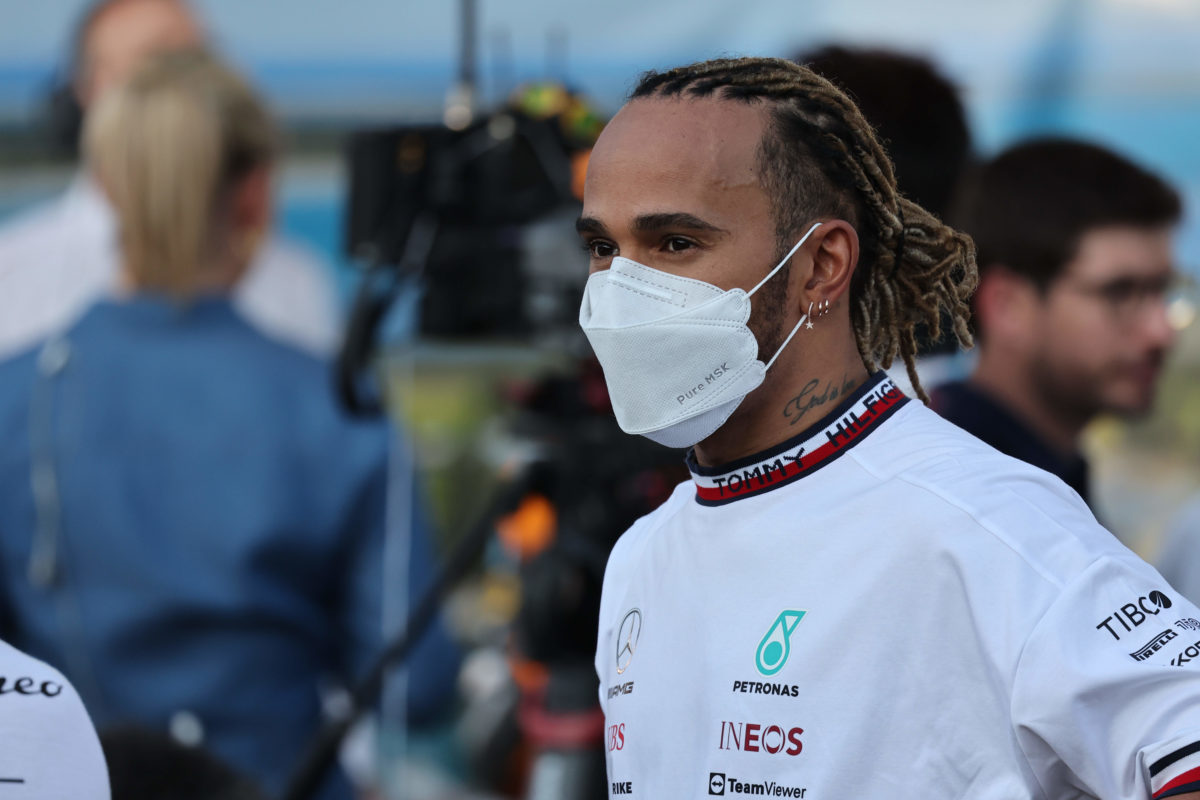 Piquet made the remarks on a podcast recorded last November, but which only came to light in the last week.

The comments, aimed at Lewis Hamilton, have met with an angry response from the industry which has universally condemned the 69-year-old, who has since offered an apology.

However, that hasn’t been an end to it as Bernie Ecclestone, the sport’s former commercial boss and owner of the team Piquet won two of his three titles with, waded into the discussion.

“I was with him a couple of weeks ago. It’s not the sort of thing Nelson would say meaning something bad.

“He probably thinks lot of things he says which might upset us or might feel a little bit offensive… to him it’s nothing. It’s just part of conversation.

“Nelson would never go out of his way to say anything bad, certainly.”

While Ecclestone defended his former driver, the British Racing Drivers’ Club moved to distance itself from the Brazilian.

Having inducted him as an honorary member of the prestigious club, of which Hamilton is also a member, the BRDC announced it had suspended Piquet as a result of his comments.

“The BRDC Board of Directors has noted that, in a Brazilian podcast last November, Nelson Piquet Senior, an Honorary Member of the BRDC, described Lewis Hamilton using a racially offensive expression in Portuguese,” a statement from the club read.

“The apology issued yesterday by Mr Piquet Sr has also been noted.

“In view of the BRDC’s zero-tolerance policy towards any act involving or suggesting racism, the BRDC Board has concluded that Mr Piquet Sr’s use of racially offensive language to describe a fellow BRDC member (and seven-time world champion) is unacceptable and represents conduct that is wholly inappropriate for an Honorary Member of the BRDC, notwithstanding his subsequent apology.

“Accordingly, we have advised Mr Piquet Sr that his membership has been suspended with immediate effect.

“Following the Club’s due process, it is anticipated that the Board will terminate Mr Piquet Sr’s membership at a board meeting to be held after the required seven-day notice period.”

Asked about the ordeal ahead of this weekend’s British Grand Prix, Hamilton questioned the relevance the likes of Piquet and Ecclestone now have.

“I’ve been on the receiving end of racism and criticism, and that negativity and archaic narratives for a long, long time, and undertones of discrimination,” he said in the FIA press conference, attended by Speedcafe.com.

“So there’s nothing really particularly new for me. I think it’s more about the bigger picture.

“I don’t really know why we are continuing to give these older voices a platform,” he added.

“They’re speaking upon our sport, and we’re looking to go somewhere completely different and it’s not representative of who we are as a sport now and where we’re planning to go.

“We’re looking to grow in the US and other countries, South Africa, and we need to be looking to the future and giving the younger people a platform that are more representative of today’s time, and who we are trying to be in the direction that we’re going.

“It just comes back down to F1, to the media, we should not be giving these people a platform.

“These old voices, whether they’re subconscious or consciously do not agree that people like me should be in a sport like this, whether women should be here.

“Discrimination is not something we should be projecting and promoting, and giving a platform to create and divide people.

“The last couple of weeks, I don’t think there’s been a day go by where there’s been someone who has not been relevant in our sport for decades, trying to say negative things and starting to bring me down.

“It’s all well and good standing on the grid and talking about inclusivity.”

Hamilton on Thursday was part of Ignite Partnership’s announcement that two grants had been awarded, to Motorsport UK and the Royal Academy of Engineering, in a bid to increase diversity and inclusion in motorsport.