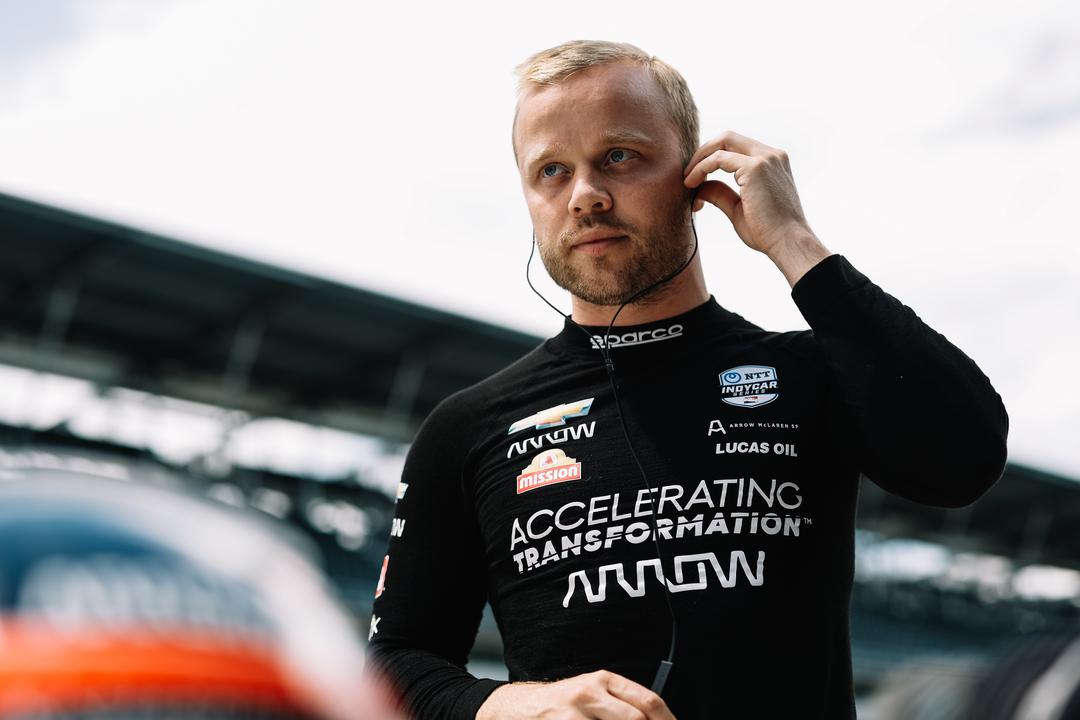 McLaren Racing CEO Zak Brown is open to signing more drivers to multi-category contracts like that which it has agreed with Felix Rosenqvist.

The Swede has inked a new contract with the Woking-based organisation, but it has not yet been confirmed whether he will remain in its IndyCar team or be shifted into its new Formula E programme.

Rosenqvist has won races in both categories and McLaren not only has Formula E seats to fill, but is also expanding its IndyCar effort to three cars on a full-time basis.

Brown says deals similar to that it has just made with the 30-year-old could be done again on a “case-by-case basis”.

“It made sense with the current situation we’re in now and Felix being able to win in both series,” he added.

“So, I wouldn’t say it’s necessarily a way forward, it’s just an option based on who the driver is and what series we’re in and where we might have openings.”

According to Brown, where Rosenqvist ultimately lands will depend on who else it signs up.

Speaking at this week’s announcement of its new Formula E and Extreme E naming rights partnership with Neom, he said McLaren is no closer to firming up what the incumbent in the #7 IndyCar entry drives next year.

“No progress yet,” advised Brown.

“Ultimately, we’re trying to put the best driver line-ups across all of our racing activities.

“We’re expanding to three cars in IndyCar, Felix is unique because he’s won in IndyCar and he’s won in Formula E so he can race in either.

“So, it’s really dependent upon either who our other IndyCar driver is or who our other Formula E driver is that we’ll then go ‘This is the best line-ups we can put together across our Formula 1, IndyCar, Formula E, and Extreme E’, and that’s why we’re undecided yet where we want to put him.

“It’s really based upon what’s our best line-ups we can put together across that.”

It has been confirmed for a number of weeks now that current Andretti Autosport driver Alexander Rossi will shift to McLaren SP at the end of the ongoing IndyCar season.

Pato O’Ward has also re-signed for the North American competition but, even with the Rosenqvist deal done, there are still two seats to fill across its IndyCar and Formula E squads.

That is because, while it has bought Mercedes-EQ as essentially a turnkey operation, the drivers are believed to be contracted to the German marque broadly, rather than the team.

Brown did not confirm that much, but he did state that McLaren will not have the services of Stoffel Vandoorne or Nyck de Vries next Formula E season.

“No, they’re all up to something else,” he remarked.

“I could spoil it for them but I’ll let them do that.”

The IndyCar and Formula E seasons both resume this weekend, in Mid-Ohio and Marrakech respectively, with both available live and ad-free on Stan Sport.