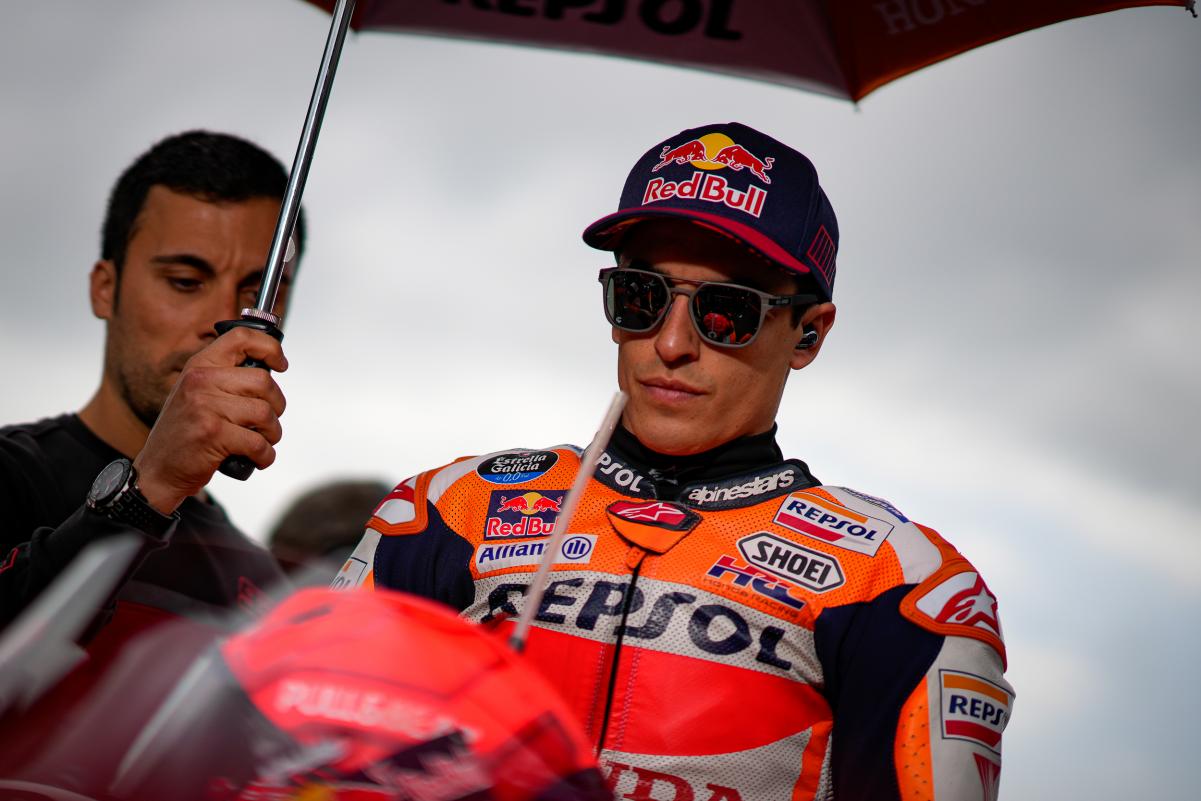 MotoGP champion Marc Marquez is awaiting an x-ray in mid-July which is set to shape the path of his recovery from his latest operation.

The Repsol Honda rider flew to the United States and underwent surgery around four weeks ago to correct ongoing issues in the arm which he badly broke at Jerez in mid-2020.

As yet, there is no certainty about when he will return, but a blog post for Box Repsol has given some insight into how the recovery process will play out.

Consistent with previous comments from team principal Alberto Puig about fortnight check-ups, Marquez has identified an x-ray in “week six” as a milestone.

Based on when the operation occurred, that x-ray would occur around the middle of next month.

“I am waiting for an X-ray to be done in week six,” he wrote.

“Depending on how the result of this X-ray goes, we will choose the path for recovery.

“Until then I’m enjoying a bit of a vacation, because we can’t start recovery 100 percent yet.”

After a not unexpected “bad time for two or three days,” Marquez says he now feels pain-free, and has been completing light exercise on a daily basis, including walking and work on his lower body and left arm.

He remains optimistic that he can enjoy riding a motorcycle again, and thus prolong his career.

“Now I feel quite good, because there is no pain,” the 29-year-old explained.

“I still have my arm immobilised and am doing light passive mobility exercises.

“I feel motivated, because the feeling is good, and I am excited to start recovery as soon as the doctors tell me to, to see if my arm works as it should.

“My current feeling is one of hope.

“Because of the way I was riding and competing, I didn’t see myself as being on the bike for much longer – maybe another year or two.

“After the intervention in Rochester, the hope is there that I can continue competing without pain and have fun on the bike.”

Honda test rider Stefan Bradl is filling in for the Spaniard in the factory race team, alongside Pol Espargaro.

The German failed to score points last time out when he finished 18th at Assen, while Espargaro did not start the race due to pain lingering from crashes in the previous round at the Sachsenring.

Honda’s best was Takaaki Nakagami, who rode his Idemitsu LCR entry to 12th after taking a long lap penalty for exceeding track limits, with Alex Marquez scoring the last point on offer by riding the other satellite bike to 15th.

The younger Marquez brother has no more than nine races left on an RC213V before he shifts to Ducati satellite team Gresini Racing next year.

The 2022 campaign resumes at Britain’s Silverstone on August 5-7.