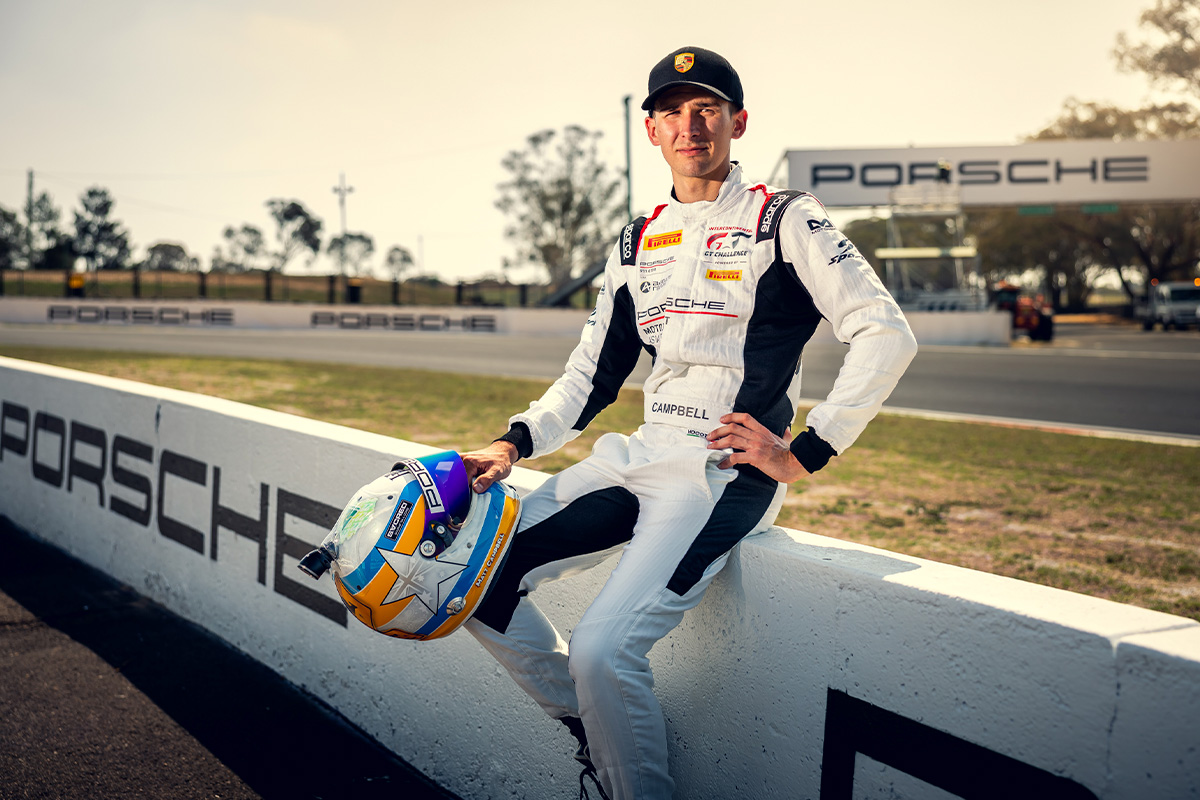 Matt Campbell has his sights set on the IMSA SportsCar Championship as part of Porsche Penske Motorsport’s new LMDh programme.

The Australian was last weekend named as one of eight drivers in the sportscar racing collaboration between German marque Porsche and American powerhouse Penske.

In accordance with the top-class convergence between IMSA and the Automobile Club de l’Ouest (ACO), the Porsche 963 will compete both in the United States and FIA World Endurance Championship.

Campbell has more experience in WEC having spent his last few seasons driving in the ACO-run championship and also won the 24 Hours of Le Mans in GTE-Am as a rookie in 2018.

However, the 27-year-old is excited by the prospect of a full-time factory tilt in IMSA with LMDh, potentially swaying away from the world championship.

“Obviously it isn’t announced and I don’t actually know as well,” he said.

“For me, I’d prefer to have the seat in IMSA, especially with Mathieu because there’s only two drivers in IMSA compared to three in WEC.

“Me and Mathieu have done everything in the last few years so for me our relationship and partnership in the car is really, really strong.

“And also I love the racing and style in the US, it’s quite old-school and similar to what I know from home in Australia.

“I’ve been in WEC for about four years since I more or less joined Porsche with the Young Professional programme and really enjoyed it; I must say I’m really loving the US style and racing.”

While the Porsche 963 made its public debut at the Goodwood Festival of Speed, an expansive testing programme still remains.

Campbell is one of only a few that has driven the car in testing, turning laps at Porsche’s factory in Weissach and more recently at MotorLand Aragón in Spain.

To help with the transition from his largely GT background to a prototype, Campbell revealed he tested an LMP2 car with Penske in October last year.

“[The Porsche 963 is] a big step up to what I’m used to,” confessed the Warwick native.

“I would say the progression from the GT side to the LMDh side, at least on the circuits I have driven, has actually been a little bit smaller than I expected which is a good thing.

“These cars are actually quite a lot heavier than the former class of LMP1; obviously a lot more downforce but in saying that, with the weight you can definitely feel it.

“I think it’s made that step a little bit easier; I’ve had the time last year to be fortunate enough to have a test in an LMP2 car with Penske and that was just a really good opportunity to get a bit of seat time in a prototype.

“I was not worried before going in, but I was quite open-minded about how different it was going to be. A lot more downforce than what I am used to and it’s pretty quick in a straight line.”

Campbell was recently in action in IMSA taking part in the Watkins Glen event at the wheel of Pfaff Motorsport’s Porsche 911 RSR in the GTD Pro class where the crew finished third.

The Porsche 963 will make its competitive debut next January at the 2023 24 Hours of Daytona.