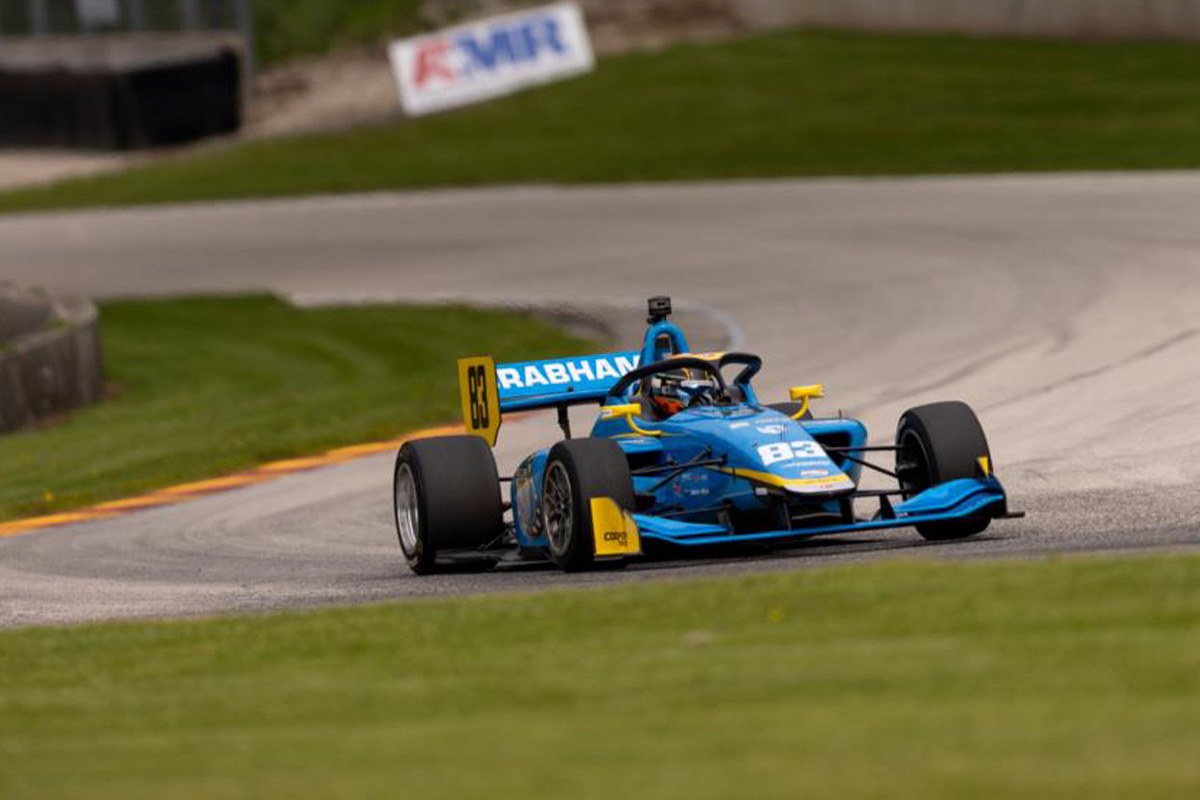 Matt Brabham is hoping to capitalise on momentum on multiple fronts when the Indy Lights series resumes at Mid-Ohio this weekend.

The 28-year-old finished sixth last time out at Road America after incurring a penalty for blocking, but has since tested at Iowa, and then won a Trans-Am race at Mid-Ohio.

“We tested at Iowa then I raced Trans Am and I was in that car the very next day after testing at Iowa.

“We’re getting stuck into the second half of the season now so I’m super busy and in the rhythm of driving different cars again and racing every weekend.

“Hopefully that helps me in the upcoming races because I’m used to the full-on schedule now.

“I hope that momentum swings; we didn’t get to test at Mid-Ohio for Indy Lights and the other teams did.

“Having raced Trans Am and getting the win there and some success, hopefully that keeps me in the groove so that when I do go to the Indy Lights race it’s going to feel the same.”

Brabham’s Andretti Autosport team opted against testing at Mid-Ohio, unlike most, because of its formline at the circuit.

“I think we’re pretty confident that we’ll be good at Mid-Ohio, because we’ve always had really fast cars there,” he added.

“That was part of the strategy in not testing there, we thought we don’t need to test because the cars are so good there.

“You never know, but I think there’s some confidence there that the team is going to do well.

“It’s just a matter of the drivers getting up to speed because we only have two short practice sessions, then qualifying and the one race.

“There’s only four sessions for the whole weekend and we’re going to have to be up to speed pretty quick to figure out if the cars do need some adjustments.

“We were super-fast at Road America, right, and that was a road course too so I don’t see why we won’t carry that momentum as a team.”