Starts a focus for Triple Eight at QR test

Starts a focus for Triple Eight at QR test 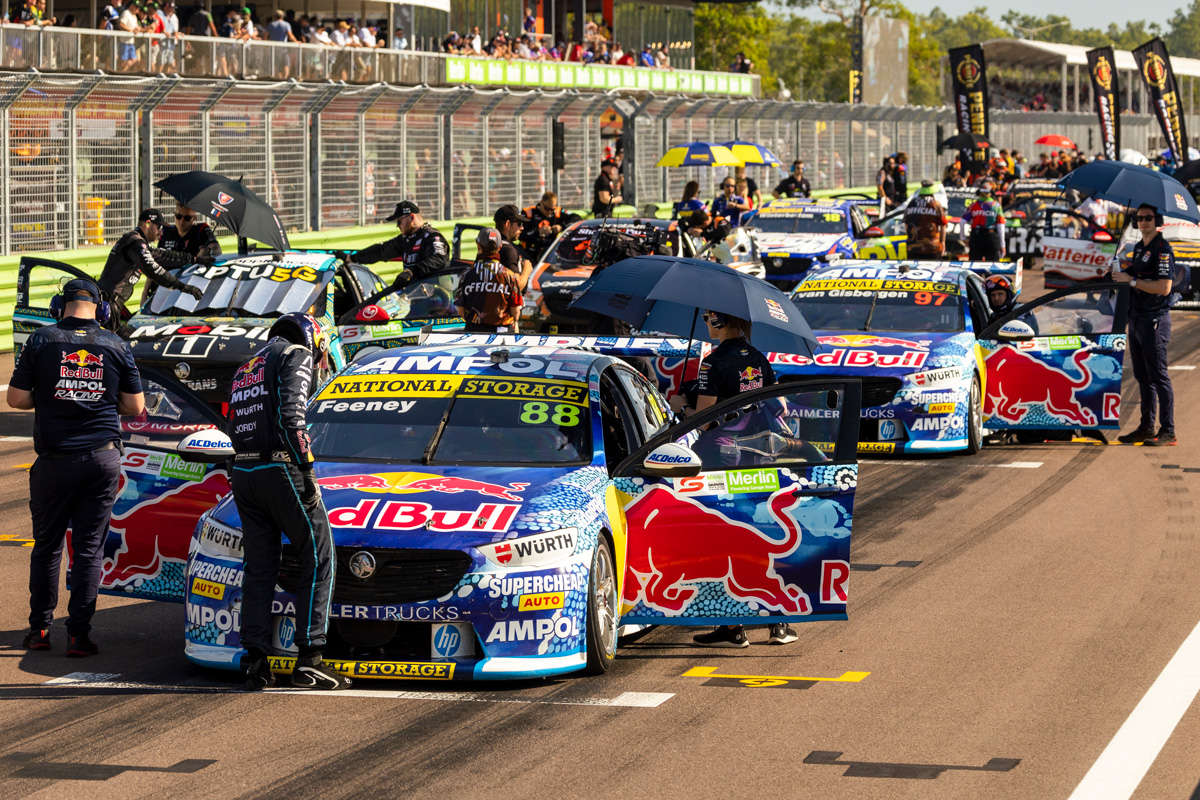 Triple Eight Race Engineering’s Broc Feeney believes the team has made a step forward on an area of weakness during a test day today at Queensland Raceway.

Feeney was his own biggest critic following the last Repco Supercars Championship round in Darwin, identifying race starts as a chink in the team’s armour.

Triple Eight along with Dick Johnson Racing were present at a mid-season test at ‘QR’ today, affording the opportunity to focus on weaknesses.

Notably, both of the Banyo squad’s cars performed numerous practice starts, to which Feeney feels they gained something on the run into Townsville. 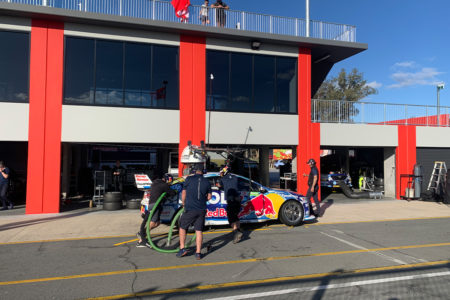 “I can finally work on things on days like today when you’re not chasing the car,” the 19-year-old told Speedcafe.com.

“One of the things we worked on was starts, been working on that quite a bit today and just trying some different things to try and understand over a race weekend how to adapt.

“It’s been our biggest weakness lately, you qualify third in Darwin and you’re sixth by the first corner. Obviously, plenty to work on.”

Not delving into detail as to what was trialled throughout the day, Feeney says the team is on the right path.

“It’s going back through Jamie’s data and Shane and myself and looking at the good ones as well as the bad ones and figuring out what the differences are,” he commented.

“Us as a team know it’s one of our biggest weaknesses; it’s something we need to work on.

“Had a few today so felt like we definitely gained something out of it.”

Race starts are not a new concern for Feeney, who also worked on getting the car off the line better during his couple of years in the Dunlop Super2 Series.

“I’ve just been on and off,” he said when asked how the weakness has arisen.

“It just magnifies it a lot; in Super2 I worked on it, got a lot better over the year getting constantly reasonable starts.

“It’s just about being consistent with them and understanding how you get a good start.

“Certainly hasn’t been mine or Shane’s strength this year so that’s why we’re testing it today.”

Supercars are next in action at Townsville’s Reid Park Street Circuit from July 8-10.