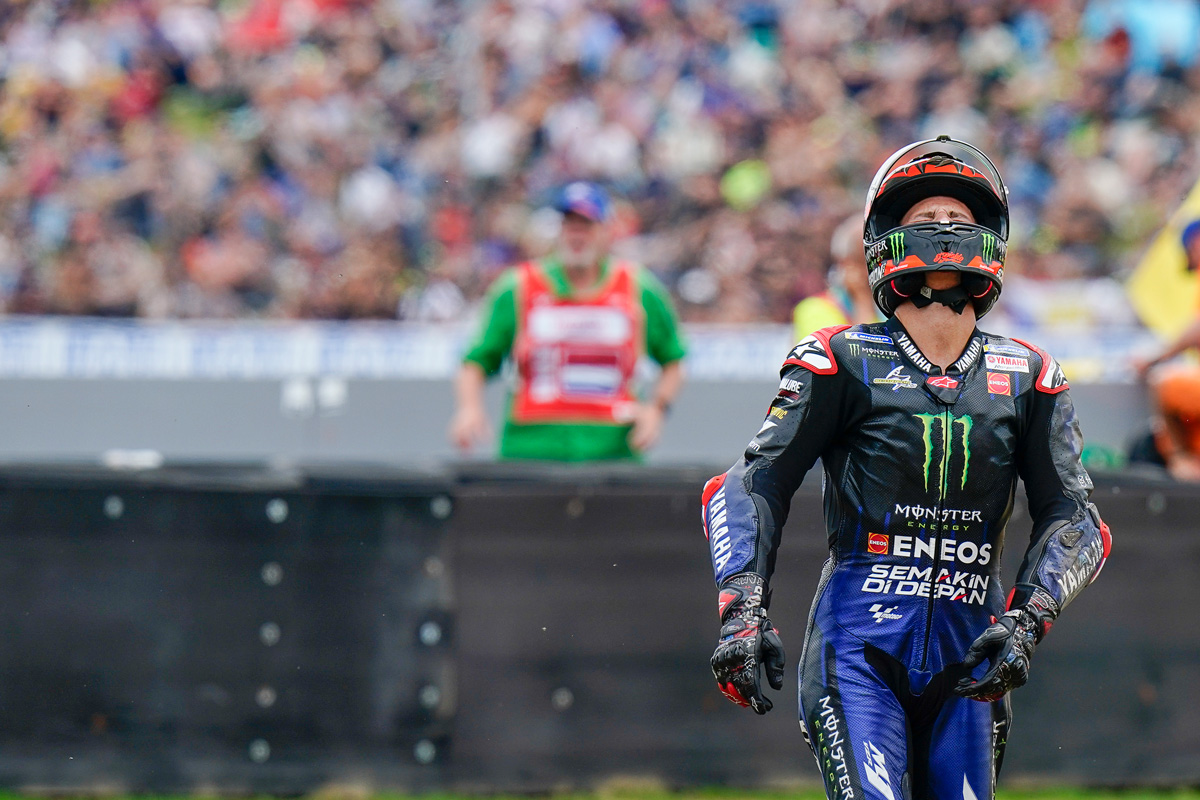 Fabio Quartararo after crashing at Assen

Fabio Quartararo says he’ll avoid overtaking in future out of protest for a penalty he was issued after the Dutch TT.

The MotoGP world championship leader’s disastrous race in the Netherlands will carry over into the second half of the season.

That’s because the Monster Energy Yamaha rider will have a long lap penalty to serve in the British Grand Prix race at Silverstone in early August, as punishment for making contact with Aleix Espargaro while battling for second place.

Quartararo later crashed again, while Espargaro charged from 15th back up to fourth at the flag.

The Frenchman made no secret about his disdain for the decision, taking to social media – complete with a sarcastic clip for the stewards.

“Well… A long lap for the next race. Now you can not try an overtake because they think you are too ambitious,” Quartararo wrote.

“From the beginning of the year some riders made “RACING INCIDENT” but apparently mine was too dangerous.

“Congratulations to the stewards for the amazing job you are doing [zipper mouth emoji].

“Next time I will don’t [sic] try any overtake to think about not taking a penalty.”

Quartararo still carries a 21-point advantage over Espargaro into the summer break, as he looks to back up his 2021 premier class title.