Matt Chahda with his car

The Matt Chahda Motorsport Falcon will sport a new look for the remainder of this year’s Dunlop Super2 Series. The Albury-based team has landed the backing of national construction firm Brad Cattlin and Sons Civil, meaning a predominantly black livery for the #18 FGX Falcon which broke cover in a test today at Winton.

“Brad Cattlin and Sons Civil have come onboard for the rest of the season; it’s his first taste of V8s and they’re pretty keen to be involved,” said team manager Amin Chahda.

“It’s good for us, it’s a boost to us, to have a major sponsor onboard for the rest of the year.

“It means you’re not too worried about developing some stuff and spending a bit of money on stuff you normally wouldn’t do.” 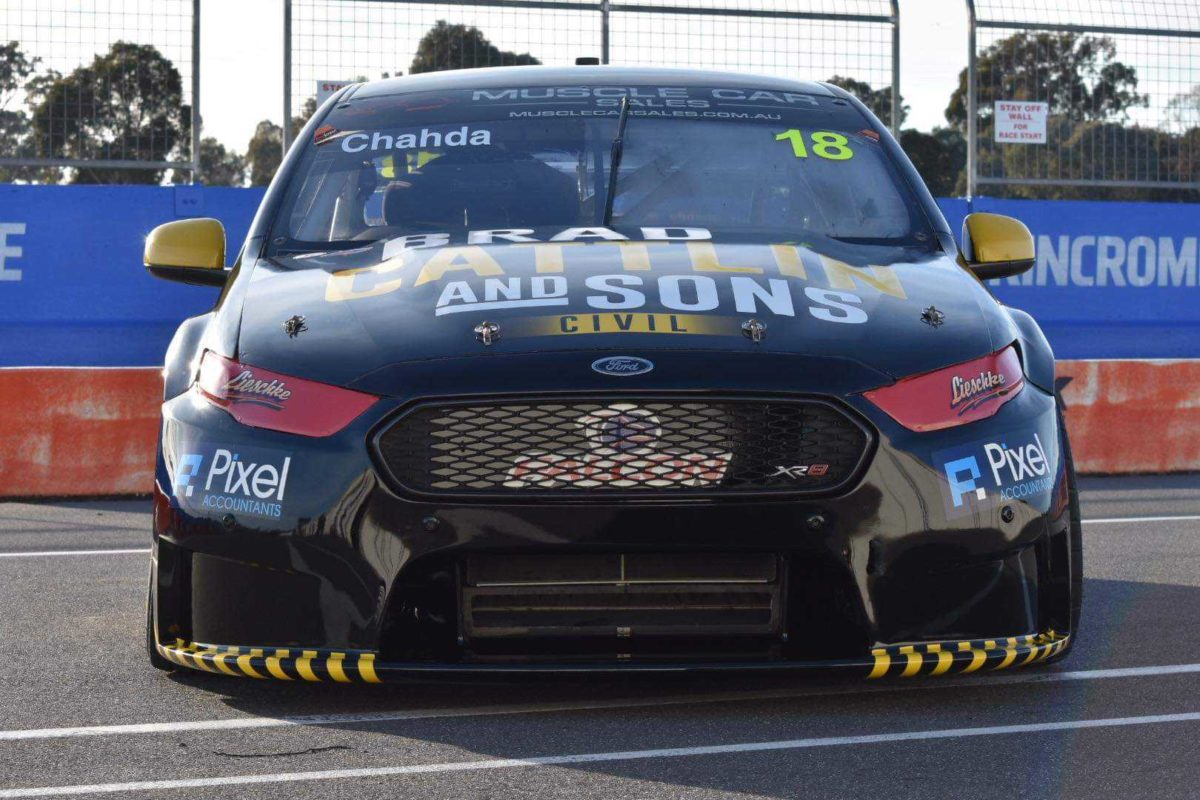