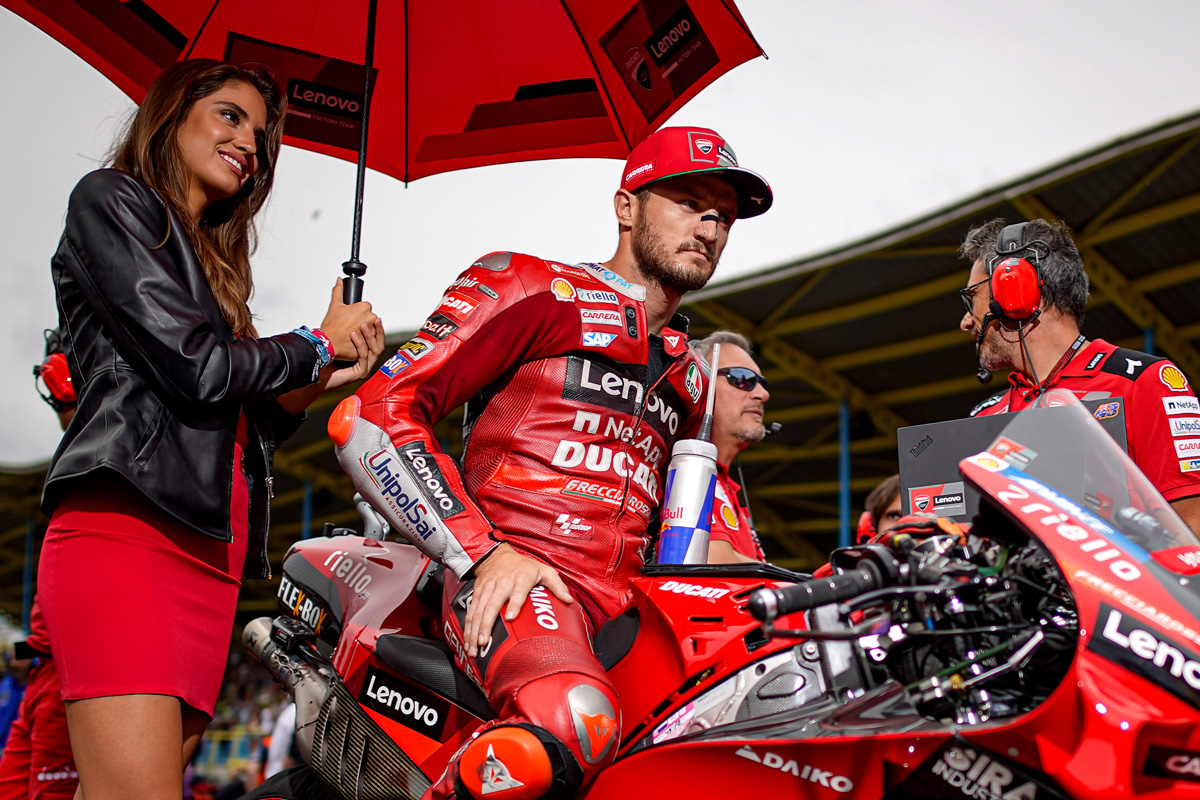 The Ducati Lenovo Team rider was sanctioned for impeding Maverick Viñales during qualifying at Assen.

Despite dropping to 10th after serving the penalty, Miller fought his way back into podium contention, just as he had done in similar circumstances seven days earlier at the Sachsenring.

Miller in fact very briefly grabbed third place from Viñales in the closing stages, only for the Aprilia man to immediately criss-cross him.

In the end, it was only sixth for Miller after he lost out to both Aleix Espargaro and Brad Binder at the final run through the last chicane, leaving him to lament the long lap that “cost me a lot”.

“I’ve had a great pace all weekend, and I was able to show it in the race, but when you find yourself so far behind, it isn’t easy to make up positions straight away and ride the way you want to,” he said.

“Nevertheless, I didn’t give up and pushed until the end. I tried to attack in the last laps, but I lost the rear allowing the rivals behind to get closer.

“Overall, I think I had a good race, and I’m happy about that, so I’m trying to take the positives… now we head into the summer break, and I’ll try to carry these good feelings into the second part of the championship.”

Ducati Corse general manager Luigi Dall’Igna was direct in asserting that the #43 would have been on the podium with team-mate and race winner Francesco Bagnaia if not for the long lap, labelling it “a pity”.

In his regular post-event column, Miller noted it was tough to cop that a potential third had turned into sixth, and gave his version of events regarding the penalty.

“Unfortunate for sure with the penalty, but to be honest I didn’t feel like I did a lot wrong,” he wrote.

“I crashed near the end of Q2 at Turn 5 and I was sitting side-saddle because I’d just bump-started the bike to get going again, and I had a busted footpeg.

“I was trying to make sure it didn’t snap when I put my weight on it to swing my leg over. I looked to make sure that I wasn’t in anyone’s way or anything and Maverick was just there.

“There’s a lot of track there but I understand the racing line sort of pulls you out that way to the left, but there’s not much more I could do.

“I went to apologise to him straight afterwards because I know it was shit…. I couldn’t have done much more to get out of the way though, and the speed difference was the big issue. Unfortunate with the penalty, but it is what it is.

“I’d already messed up my own qualifying, and the penalty didn’t help in the race… when you lose track position, having to pass these guys back isn’t the easiest thing nowadays and it usually takes more than one lap to pass one guy. Makes things hard, for sure.”

Miller now has nine races left in red before switching to Red Bull KTM Factory Racing on a two-year deal through 2024.

He holds seventh in the 2022 standings with six top six finishes to his name – one more than Bagnaia.