Campbell stoked to get Porsche-Penske news off his chest

Campbell stoked to get Porsche-Penske news off his chest 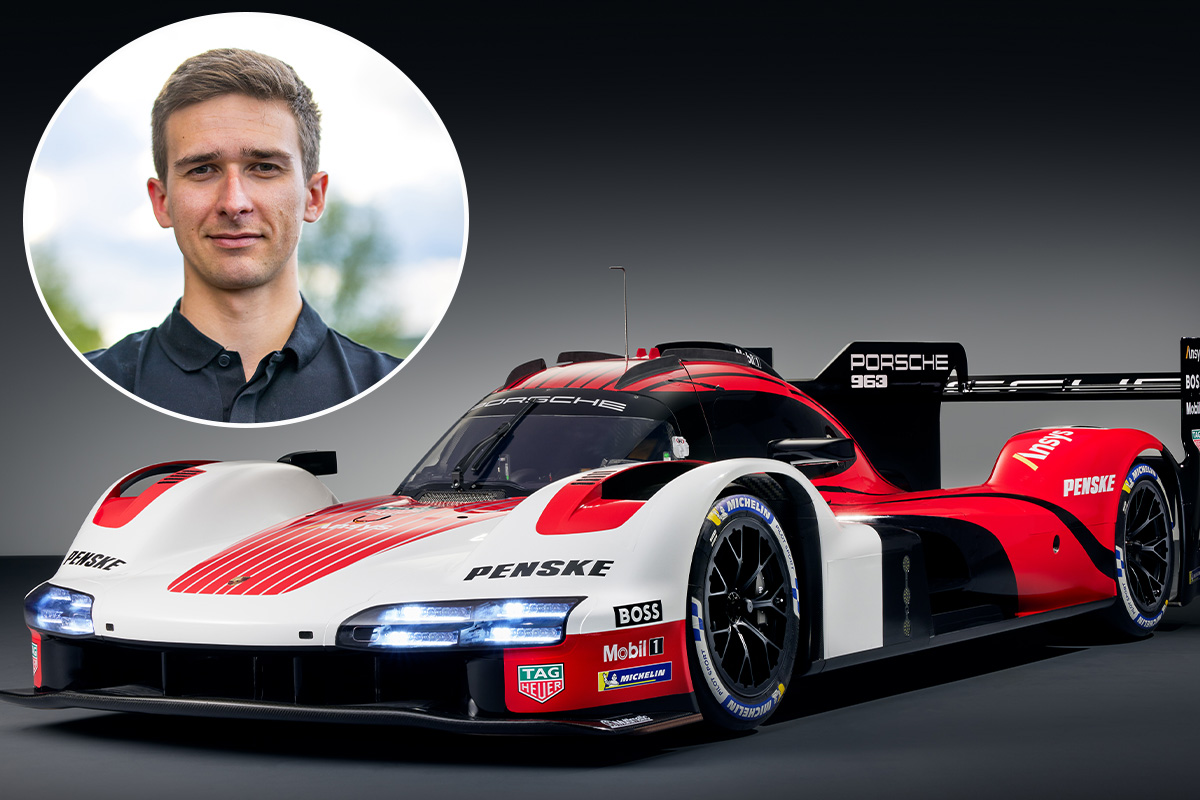 Matt Campbell says the Porsche Penske Motorsport news was a relief to get off his chest having been involved in the background of the programme for more than a year.

Campbell was named as one of eight drivers across the German marque’s 2023 World Endurance Championship and IMSA SportsCar Championship efforts with the new LMDh formula.

Marking a big leap in the Australian’s career, much of it has been in secret until his place in the Porsche 963 LMDh programme was announced last week.

“Really, really excited. Nice to finally get it off the chest because I’ve known for quite a long time now. Now that it’s finally announced it’s a big relief because so much has been going on.

“I think it really hit me when we went live with the announcement because I’ve known for about a year or so that I’ll be involved in the programme.

“It’s surreal reaching the pinnacle of the Porsche Motorsport Pyramid, reaching the top which was always our goal. It’s what I always looked up and aimed to do from the moment I joined Porsche.”

The Warwick-born driver, who has risen through the Porsche ranks since winning the Carrera Cup Australia title in 2016, was not shy in expressing his interest.

A result of his own initiative, the Porsche Penske Motorsport drive will see him reach the top tier of sportscar racing next year, akin to his mentor Mark Webber who stood on the overall podium at the 24 Hours of Le Mans with Porsche during the LMP1 days.

“I think it was late 2020 that we found out that Porsche was moving into LMDh, it was not really understood [yet] that it was going to be with Penske or anything like that,” said Campbell.

“[I] found out and started asking a fair few questions; I felt like I was ready at the time and wanted to progress onto bigger and better things.

“Always wanted to have a full-time factory seat and with such an opportunity presenting itself [I] really started to ask as many questions [to] see what was possible from the first stages.

“It was around May of last year…Pascal Zurlinden (ex-Porsche motorsport boss) who was still at Porsche spoke to me and Mathieu Jaminet about the possibility of something like this happening.

“After that stage, the talks got pretty serious very quickly and all progressed from there.

“I think me and Mathieu were actually one of the first to be more-or-less part of the programme and signed-sealed.”

Reaching the pinnacle of the Porsche Motorsport Pyramid, the 27-year-old remains grateful for the individuals that have invested in his career.

Campbell reflected on the day in the very beginning when his career pathway was scribbled onto a napkin, of which every box he has now ticked.

“There have been quite a few people who have been there from the beginning and I have talked to through this whole process.

“Especially my family and people like Andy McElrea… it’s quite surreal.

“I think it was around late 2014 we were sat in a cafe in Brisbane writing down the details of how we were going to do this on a napkin and what we wanted to try and achieve.

“Now we’ve been able to tick off every one of those boxes; a lot has happened since then and it’s very special.

“If it wasn’t for all those people I wouldn’t be in such a position, I’d probably still be a builder in my hometown of Warwick. Very grateful for what they’ve all been able to do for me.”