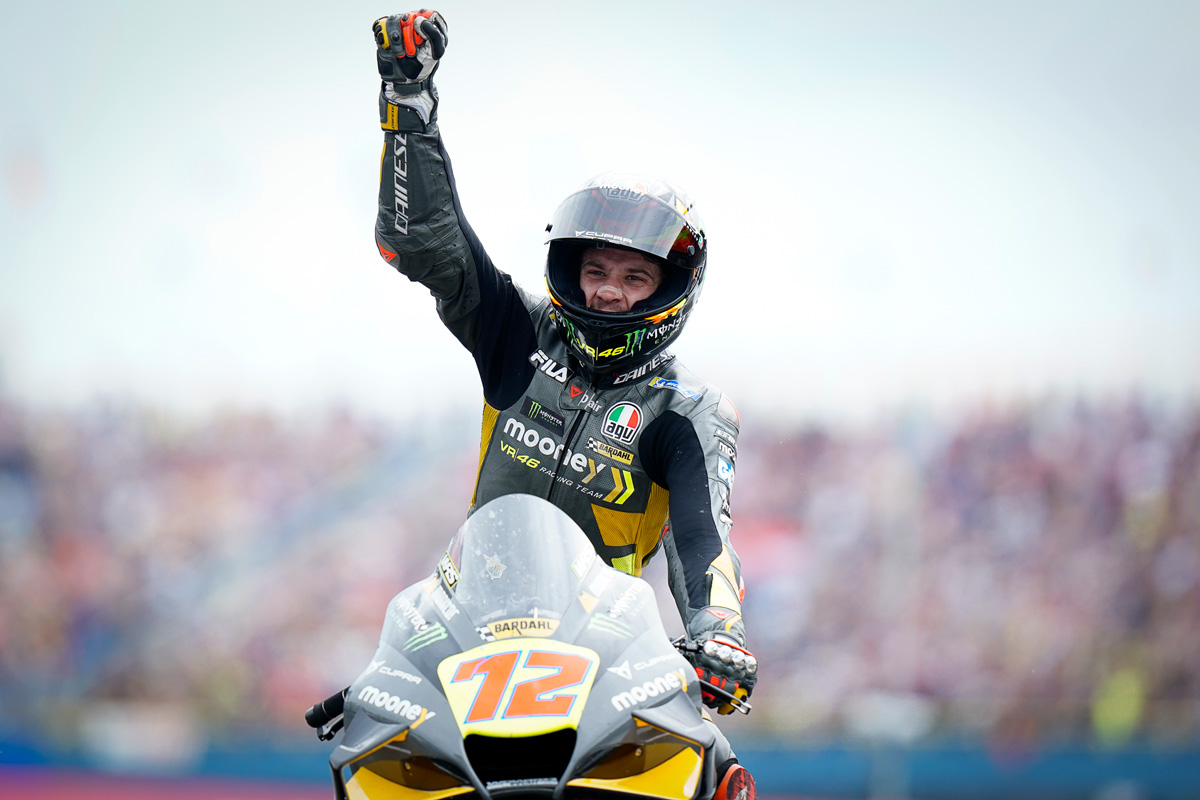 Marco Bezzecchi’s maiden MotoGP podium was made extra special by it also being the first premier class rostrum for his idol Valentino Rossi’s team.

Bezzecchi guided his VR46 Racing Team bike to second at the Dutch TT on Sunday, only behind Italian compatriot and fellow Ducati rider Francesco Bagnaia.

The 23-year-old rookie capitalised on an early clash between championship rivals Fabio Quartararo and Aleix Espargaro and was able to make it count – unlike Pramac Racing’s Jorge Martin who tumbled from third to seventh.

VR46 is in its first season at the top level of two-wheel competition but has had a history of success – outside of its founder’s own feats – winning its third Moto3 race via Romano Fenati and clinching the 2018 Moto2 title with Bagnaia.

Bezzecchi and team-mate Luca Marini are both perched inside the championship’s top 15, its upturn in form having now translated to silverware.

“It was fantastic to see the marshal with the flag of Vale [Rossi],” said Bezzecchi.

“I immediately stopped and I stole the flag to let [Rossi] see from home that I want to really say thank you to him.

“He was my idol, he still is my idol, and for me it was special to be the first rider to be on the podium with his team and I hope to continue like this and give him as a present many more results because he deserves all my work and my all.”

It was also a landmark day for Maverick Viñales, who finished third to collect his maiden Aprilia podium. 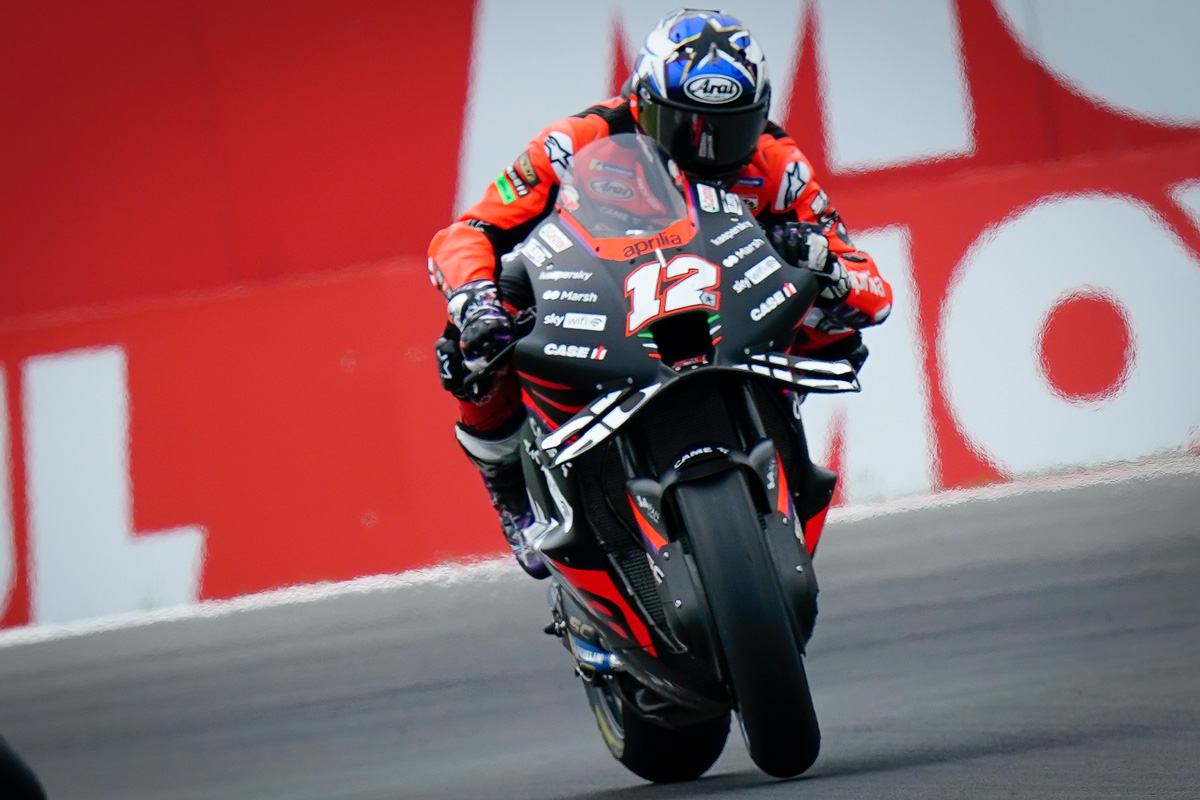 It’d been a lean run for the #12 rider since his controversial mid-season switch from Yamaha last year, having played second fiddle as Espargaro has starred.

“I am super happy! We worked hard, without ever giving up, and today we had the first reward for my efforts and Aprilia’s,” Viñales said post-race.

“We never stopped believing because we knew that our time would come. The only thing missing was to put all the pieces in the right place during one weekend and today, despite starting from behind, we succeeded.

“I started well and managed to make up a few positions already on the first lap. Then I kept pushing all the way to the podium.

“Now we just need to take the next step, which is winning. If we improve more in qualifying, we can do it. And it would be extraordinary.”

MotoGP is now on its summer break, Round 12 of the season not coming until August 5-7 at Silverstone.